Global Trade Deal Goes Back to Drawing Board
Advertisement 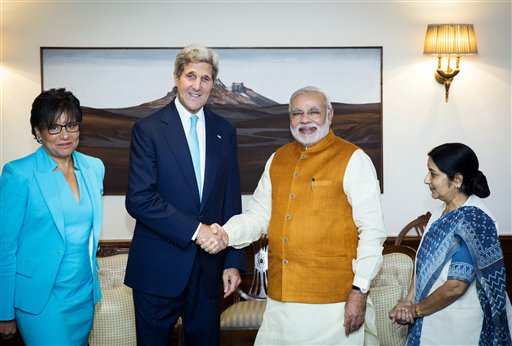 GENEVA (AP) — The World Trade Organization began regrouping Friday to see whether it is still possible to finalize a major deal to boost global trade after a deadline passed to formally adopt it.

The preliminary deal approved by the organization at a WTO summit last December in Bali was estimated to increase world trade by $1 trillion over time. The centerpiece of the eleventh-hour deal was an agreement on measures to ease barriers to trade by simplifying customs procedures and making them more transparent.

But difficult topics of agriculture, market access and services were left unfinished and WTO members had been due to finalize the terms before Friday.

“We have failed because a small number of WTO members sought to reopen and renegotiate the decisions all members had agreed to in Bali,” Australian Trade Minister Andrew Robb said Friday. “This failure is a great blow to the confidence revived in Bali that the WTO can deliver negotiated outcomes.”

“This is a lost opportunity. There are no winners from this outcome — least of all those in developing countries which would see the biggest gains,” he added.

Key disagreements included India’s demand for exemptions to its broad government food subsidies to its farmers and poor consumers that have allegedly undercut fair-market agriculture prices. U.S. Secretary of State John Kerry and Commerce Secretary Penny Pritzker traveled to India where they met Thursday with government officials to try to salvage a deal.

U.S. Trade Representative Michael Froman said the United States “regrets that a handful of members have decided not to adhere to their commitment” to implement the Bali deal. He said the U.S. would talk with trading partners to try to find solutions.

The deadline’s passing left the Geneva-based organization’s 159 member economies scrambling to figure out what they could do next.

“The fact we do not have a conclusion means that we are entering a new phase in our work – a phase which strikes me as being full of uncertainties,” WTO Director-General Roberto Azevedo said in a statement.