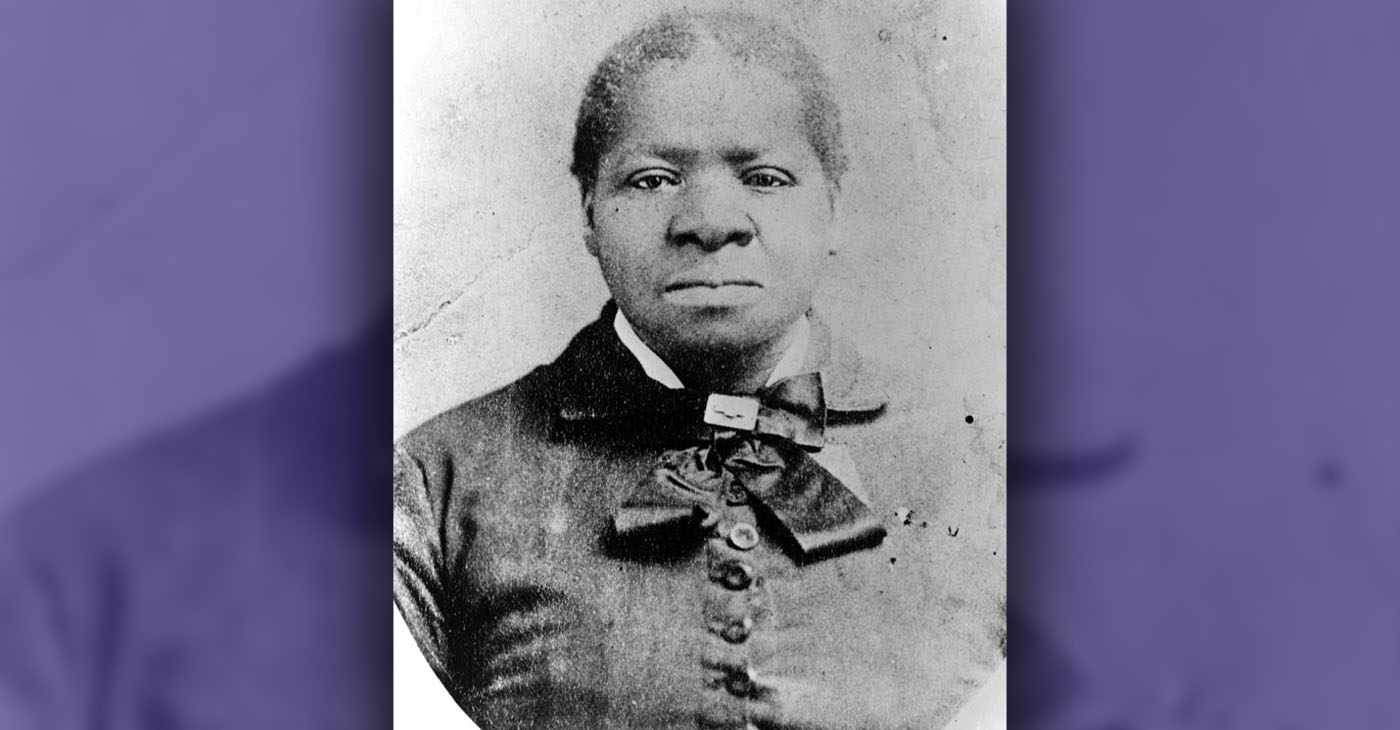 The state of California joined the Union in 1850 as a free state. But after spending five years enslaved there, Bridget “Biddy” Mason (1818–1891) challenged her owner, Robert Smith, for her freedom.

In 1856, a Los Angeles district judge approved Mason’s petition, a ruling that freed Mason and 13 members of her family. She then made Los Angeles her home.

Not much is known about Mason’s earlier life. She was born into slavery, likely in Georgia. She was owned by slaveholders in Georgia and South Carolina before being returned to Mississippi where, as a young adult, she was enslaved in the Smith home. She cared for Smith’s sickly wife and the couple’s children, becoming a nurse and midwife, work she continued throughout most of her life.

After becoming free, Mason met John Griffin, a white Southern doctor who was impressed with her midwife and nursing skills. She began working for him, delivering hundreds of babies in Los Angeles. In her medicine bag, she carried the tools of her trade and the papers the judge had given her affirming that she was free.

After 10 years of freedom, working hard and saving her money, Mason, in 1866, purchased two lots on the outskirts of Los Angeles, which was a small pueblo at the time. She paid $250 for the Spring Street property; the first piece of land Mason owned. This is said to have been a “remarkable feat for a woman having spent the first 37 years of her life enslaved.” But she wouldn’t settle for it being the last. She would become a savvy businesswoman.

In 1884, Mason sold the north half of her first property for $1,500. On the other half, she built a two-story brick building for rentals. That same year she sold another lot for $2,800. She also helped her family buy properties around the city. In 1885, she deeded a portion of the Spring Street property to her grandsons. She signed the deed with an X because she had never learned to read or write.

Mason organized what is now the oldest African American church in Los Angeles: First A.M.E. Church. She used her wealth to give back to and support the entire community, donating to numerous charities, feeding and sheltering the poor, visiting prisoners, and was instrumental in founding an elementary school for Black children.

At the time of her death in 1891, Mason had amassed a fortune of $300,000 (approximately $6 million today), making her the “richest colored woman west of the Mississippi.” She was buried in an unmarked grave in Evergreen Cemetery.

In 1988, the mayor of Los Angeles and members of the church she founded held a ceremony, during which time her grave was marked with a tombstone. More importantly, Mason left a legacy of perseverance, compassion, and triumph.

Encourage young readers to learn more about this real-life champion for civil rights who was born into slavery in Arisa White, Laura Atkins and Laura Freeman’s “Biddy Mason Speaks Up.”