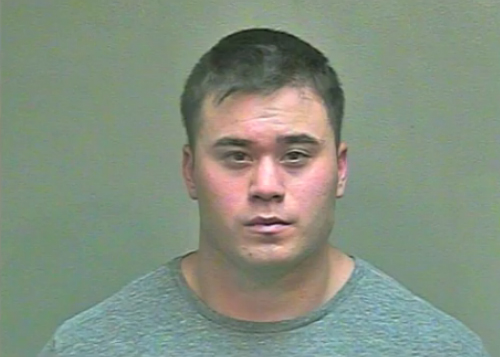 “Wrong is wrong: justice needs to be served,” is a statement that my client Jannie Ligons made when she was interviewed shortly after Daniel Holtzclaw was found guilty of rape, forcible oral sodomy and other charges against 13 African-American women. Ligons, a 58-year old grandmother and day care worker with no criminal history, was one of the women sexually assaulted by Holtzclaw while he served as an Oklahoma City Police Officer. In 2014, Ligons made a complaint about Holtzclaw, which triggered a police investigation that ultimately led to his conviction. Last Thursday, a jury responded by sentencing him to 263 years in prison.

Holtzclaw misused his position and authority as a police officer for at least 15 months while he sexually assaulted 13 African-American women. It is truly courageous that Ligons even came forward against him, because most victims of sexual assault never report their assault.

The case against Holtzclaw was by all counts ignored by mainstream media. Here, we had a police officer preying on African-American women in one of the poorest neighborhoods in Oklahoma City and no one was paying attention. From the moment Ligons filed a complaint against Holtzclaw to when Holtzclaw was indicted to when he sat down for trial in front of an all-white jury, the media did a disservice by refusing to inform America about what had been happening in Oklahoma City. 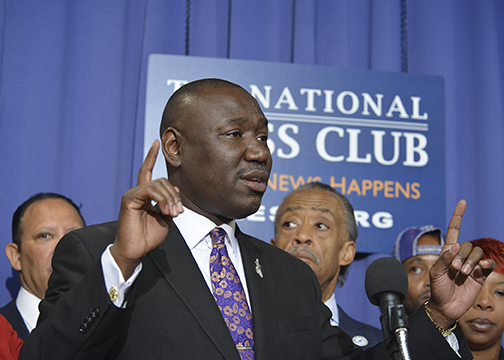 Benjamin Crump represented five of the 13 women involved in the Daniel Holtzclaw case. This photo was taken during a press conference about the shooting death of Michael Brown and police violence in the U.S. at the National Press Club in Washington, D.C. (Freddie Allen/AMG/NNPA)

The role of the police department is to protect its citizens and property from criminal activity, enforce laws, and assist the prosecution in preparing cases against alleged criminals. However, there is an additional role and expectation where law enforcement should provide oversight and training to ensure that misconduct in their department does not occur. When it does happen, they have an obligation to investigate fully and ensure that there are real consequences. The crimes committed by Holtzclaw are too important to ignore. This man violated 13 women that he vowed to protect. In doing so, he also violated his badge and the trust that people within the community have placed in police.

In 2012, President Obama issued a proclamation stating, “It is up to all of us to ensure victims of sexual violence are not left to face these trials alone…We must do more to raise awareness about the realities of sexual assault; confront and change insensitive attitudes wherever they persist…” Two years later, the White House Council on Women and Girls issued a report entitled “Rape and Sexual Assault: A Renewed Call to Action.” This report examined rape and sexual assault from numerous angles including the economic impact, campus sexual assaults, and the sexual assault of imprisoned men and women. But, it did not focus on the increasing complaints of sexual misconduct against arresting officers; nor did it discuss the underreporting of sexual misconduct and harassment that is endured by women working in law enforcement from their male counterparts and/or supervisors.

As citizens of this nation, we must ensure that mistreatment of women will not be tolerated, particularly while in the custody of law enforcement. Holtzclaw’s victims ranged in age from 17 years old to 57 years old. In many ways, this case represented the 400 years of racism, oppression, and sexual assault African American women have always had to face. This was a victory not only for the OKC 13, but also for so many unknown victims of sexual assault. We were able to stop a serial rapist with a badge when everyone else ignored these Black women. My hope is that now this case will become an example for the rest of America and the world to follow.

Benjamin L. Crump is the President of the National Bar Association and represents the families of Trayvon Martin and Michael Brown, and the father of Tamir Rice. He also represented five of the 13 women in this case.

Beyond the Rhetoric: Filthy Rich and Dangerous – Part 1

Blackonomics: Unrepresented by our Representatives