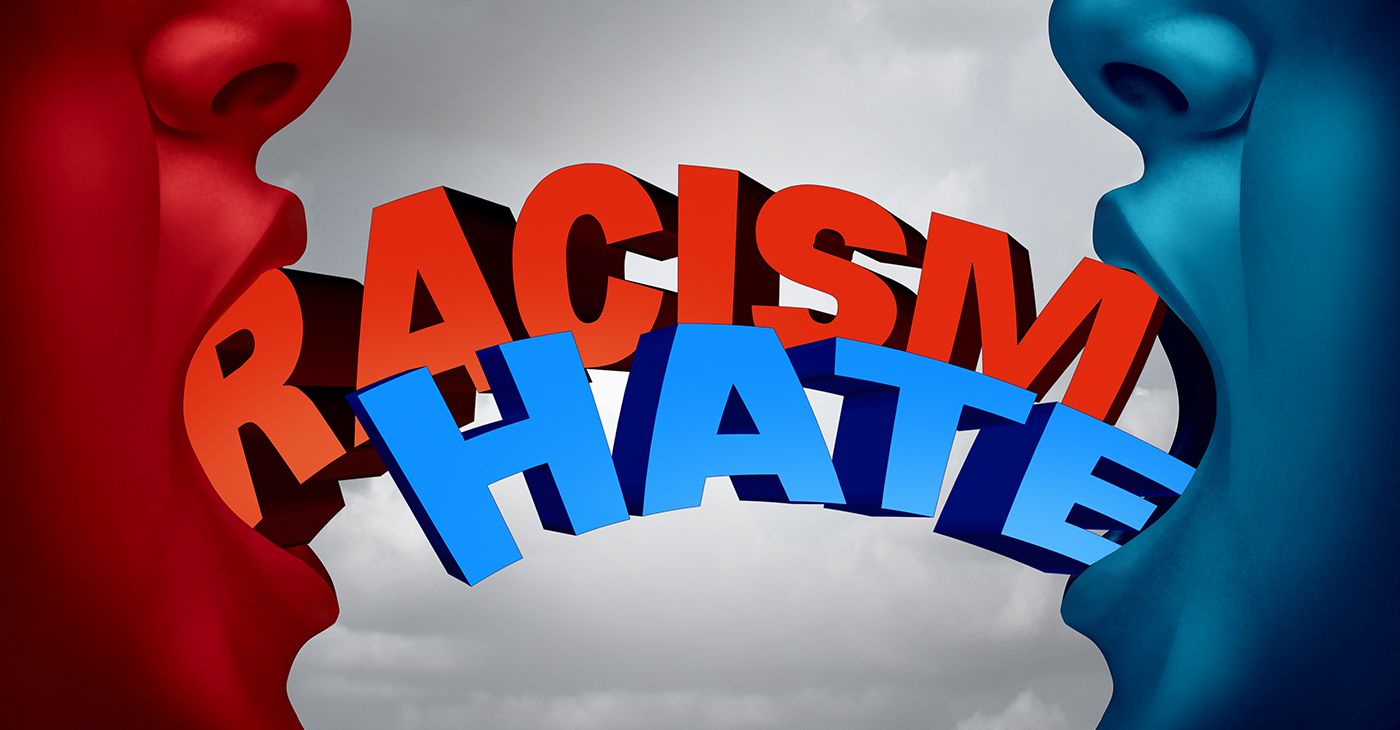 As educators, Frank J. Phillips, Marcia Pearl and Vincent Miles saw as their primary mission, the nurturing of young minds, the development of critical thinking and reasoned judgement and preparing young people to be not just well-rounded, but also to be competitive in their chosen fields of endeavor.

But at different times over the past five years, the trio said they ran into a buzz saw of overt racism, prejudice, harassment and workplace hostility from primarily white superiors that led each of them to file suit in an effort to get redress.

In the years since their ordeals, the group, who worked at Prince George’s Community College (PGCC), say they have been left with bitter tastes in their mouths, but are unbowed in their efforts to ensure that what they endured doesn’t happen to any other Black professor or professional at the institution.

After repeated attempts to secure a response to the allegations from PGCC officials, a spokesperson declined comment, saying that the institution doesn’t publicly discuss personnel matters.

“My time there was precarious and sometimes stressful,” said Miles, who worked in the Communications Department as a theatre facility manager for four years. “They were after every man who was Black. You were perceived as a threat if you were independent. They kill (the reputations of) professors, ostracize them and do all they can to force you out.”

Miles said he tussled with his boss, David Strock, who tried to make his life a living hell until one day when Strock came to him and advised him to leave.

“The guy was trying to crucify me on the front end, but he said he stopped playing along with administrators, said I wasn’t a bad person and advised me to leave because they would do everything they could to get me fired,” Miles recounted.

After almost two decades of distinguished service in the US military, a stint on Capitol Hill in California Rep. Maxine Waters’ office and years as a Public Relations and Communications consultant, Retired Army Major Frank J. Phillips decided he wanted to give back.

So, he applied for a job teaching college students and began working as a fulltime, associate professor in PGCC’s Communication and Theatre Department in 2008. He had been teaching there as an adjunct professor since 1997.

For a time, things went well. Phillips settled in, said he focused on doing the job according to his exacting standards and began to really enjoy imparting knowledge to the diverse groups of students who sat before him, held them to high standards and guided them through his class and their courses of study.

Phillips, 61, said he began getting class schedules from Department Chairman, Tammy O’Donnell, that he said were the worst of any given to fellow colleagues. To this day, Phillips said, he’s not exactly sure what triggered O’Donnell’s actions but he said he sought to find out what the issue was.

“In January 2012, I wrote the first letter to that chairperson. I wanted to know if her schedules were punitive, and if she gave these schedules to people she didn’t like.” the New York City native recalled. “I wanted to find out if I had done something, but she assured me that nothing was wrong.”

“Yet for the following three semesters, I got the worst schedules. I never determined the reason, but my response was to constantly communicate with her.”

Later, Phillips said, O’Donnell gave him an English as a second language (ESL) class to teach even though his specialty is communications.

“I told her that I wasn’t comfortable or qualified to teach that class and her boss, Dr. Carolyn F. Hoffman, told me that I was brave to tell her that,” he said.

Phillips said the women asked him to pull together a program review advisory committee in May 2013 with very little prior notice for that Fall and he did so on his own time.

“I formed my committee over the summer, telecommuted and held meetings above and beyond my duties. I reviewed every program and offered suggestions,” he said. “I was pursuing an EdD., and I was in the dissertation phase. The extra work was a lot, but I did it. Staff in the Vice President of Academic Affairs Office said it was the best they’d ever seen.”

Phillips said he was given a fulltime schedule and no release time to do the work. At last, exasperated and frustrated by his predicament, he went to the dean. He said he also tried to find a Faculty Handbook, went in search of one in the Human Resources Department and Student Affairs and no one in either section had one. He was finally able to procure a bootleg copy and found that O’Donnell was in violation of the institution’s policy.

“On occasion, teachers would get a disadvantaged schedule, but I got one for four semesters and she made no effort to change it,” Phillips asserted.

He filed a faculty grievance where he laid out his concerns.

Phillips said he suffers from post-traumatic stress disorder (PTSD) and asserts that a series of hostile exchanges with O’Donnell, vice president of academic affairs, Sandra Dunnington, and Hoffman set off anxieties that took him back to places he has struggled to put out of his mind. He also said that because of an overwhelming course load deliberately created by O’Donnell, he was unable to complete his doctoral studies. In March 2016 he pursued his case through the EEOC and was granted a right to sue in March 2017.

The college put Phillips on an action plan, which typical came before firing. Knowing this, Phillip pursued a disability retirement and received it in April 2017. He sued shortly after saying his leaving the college was a direct result of the retaliation that occurred after he filed complaints about unfair scheduling and three illegal grade changes made for two students in the school’s communication and theatre department.

When he assessed the threat to his livelihood, Phillips went on the offensive. He had an email and letter trail of correspondence from O’Donnell, Hoffman and Dunningham, so he collated and compiled all that. He also mapped and fleshed out the timeline since his problems began, and he also sent letters to Maryland Gov. Larry Hogan, the Maryland Veteran’s Administration, to U.S. House Representatives Sen. Ben Cardin (D-Md) and Rep. Dutch Ruppperberger (D-Md), the Prince George’s County Executive Rushern Baker, III, the NAACP, the Civil Rights Division of the US Department of Education and the state agency that deals with Maryland Whistleblowers.

Pearl, who served as an assistant professor of Visual Communications in the Division of Liberal Arts, recounts instances where her white superior and colleagues in the department constantly made racially offensive jokes after she began wearing her hair in a natural style, called her “Buckwheat,” referred to Black students as “niggers.” She said the offenders embarked on a steady diet of racism, intimidation and harassment. She also said she alerted School President Charlene Dukes, received no response and filed a grievance with the Equal Employment Opportunity Commission (EEOC) in 2013. At the end of 2017, she received the right to sue from the EEOC.

Pearl described the work environment “sordid.” She said one office administrator in particular, Carol Abel, made her life a living hell.

She said Abel prevented her from accessing machinery she needed to do her job, refused to order Pearl a nameplate and when she ordered computers, Abel cancelled the order. In 2008, Pearl said, she began to grow her hair in a natural style and Abel called her Alfalfa, while she and a male colleague called Pearl “Buckwheat,” after two Black characters in early 20th century film series.

“I was polarized and ostracized and asked God to find me an ally,” Pearl said softly, with eyes cast downward. “I found out about Vincent Miles, who was fired after he won an EEOC lawsuit and another accusing administrators of retribution. I heard about the controversy and his very courageous act. I went online to read about it. Anybody who stands up for justice, I applaud.”

“Prince George’s Community College was 80 percent white. I know it (racism), recognize it and I wasn’t going to take any mess or take anything lying down.”

BJ Brookes, PGCC’s Employee and Labor Relations Manager, was assigned to investigate her allegations, Pearl said, but fellow employees, fearing for their jobs, were cowering, opting to stay silent and not substantiate her allegations. So, Pearl said she filed an official grievance, and in Jan 2013, filed a formal charge of racial harassment after the chair of her department, Barbara Johnson, declined to intervene.

Pearl said other Blacks kept quiet, served as carriers of information to their bosses or otherwise acted in their own self interests.

“There are like-minded people who are committed. We need alliances because the brainwashing goes deep,” she said. “I recognize how much courage it takes to buck authority,”

Vincent, who now lives in South Florida, said his 2013 lawsuit was thrown out in Prince George’s County and by the federal government despite the clear evidence of wrongdoing and the EEOC recommendation.

“I no longer have the energy money or desire to continue,” Miles said. “I want nothing to do with the court system, but I want to see the whole thing crumble down. I want to ensure that no one else has to go through what we did. I feel bad for what Frank went through. He said, he was good, but they came after him too.”

“You can’t have that confidence because it may rub off on these students. There have been 14 cases since 2012 of different people saying the same damn thing. These are people with strong, connecting evidence. If the EEOC was doing its job, it would tackle this, but the government doesn’t seem to give a shit. I believe that God just happens to be using me. I will do whatever it takes to bring Babylon to its knees.”