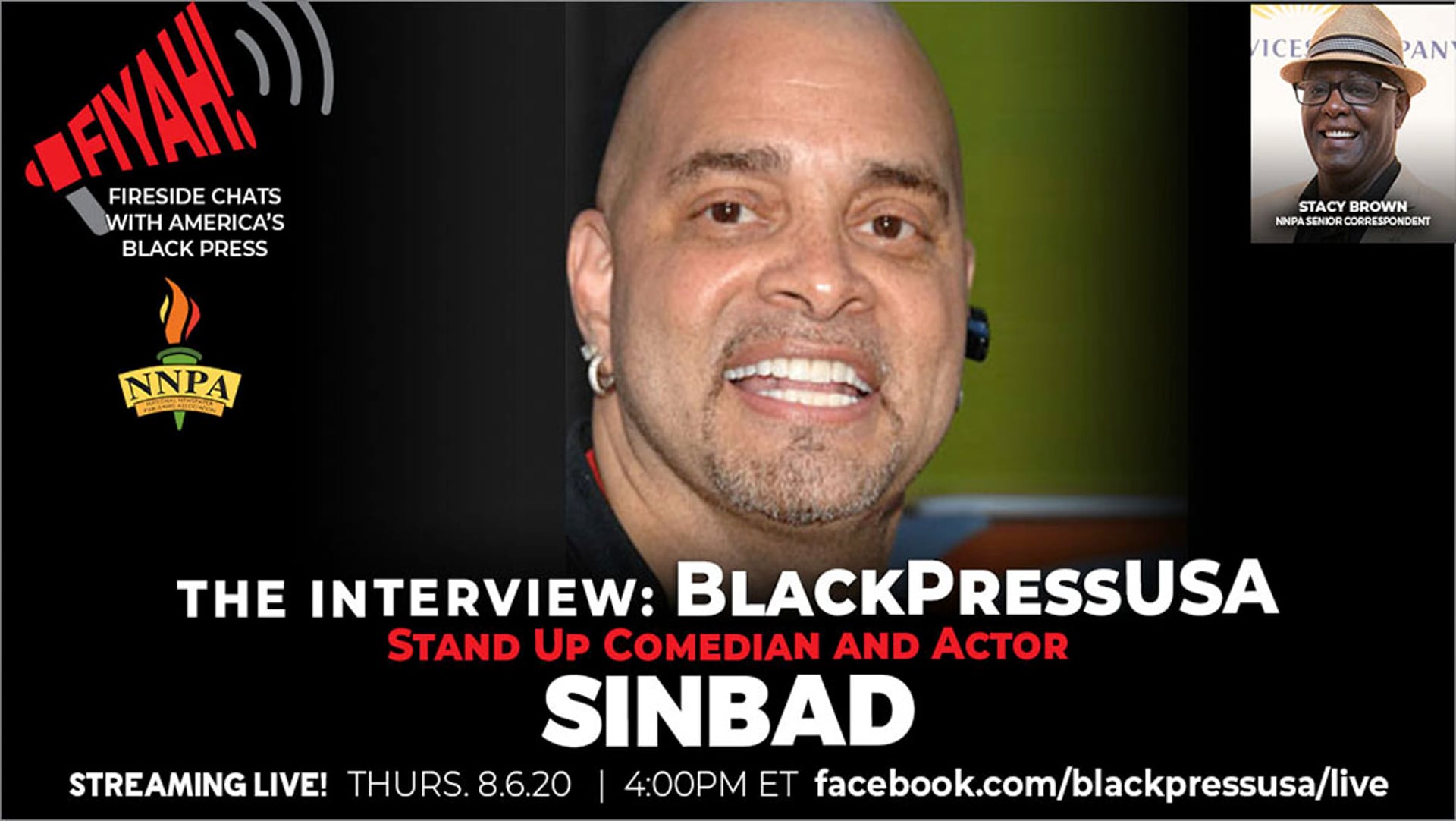 David Adkins, better known as Sinbad, is a stand-up comedian and actor who has been featured on his own HBO specials and several hit television series. In addition to his successful stand-up performances, millions of Americans remember Sinbad as Coach Walter Oakes on “A Different World,” David Bryan on “The Sinbad Show,” and in the films “Necessary Roughness,” “Houseguest,” “First Kid,” “Jingle All the Way,” “Good Burger,” and “Planes.”

Sinbad is also known for his music ability, with expertise playing multiple instruments; with drums and percussion being primary, which he most often displays after every show appearance. He has played with numerous artists and musicians under the moniker of “Memphis Red,” such as Dawnn Lewis and Adult-Urban instrumentalist (saxophonist) Journell Henry “p/k/a. J. Henry.”

Sinbad joins us LIVE THURS 8.6.20 4PM ET. Your questions and answers will be shared with him during the broadcast.