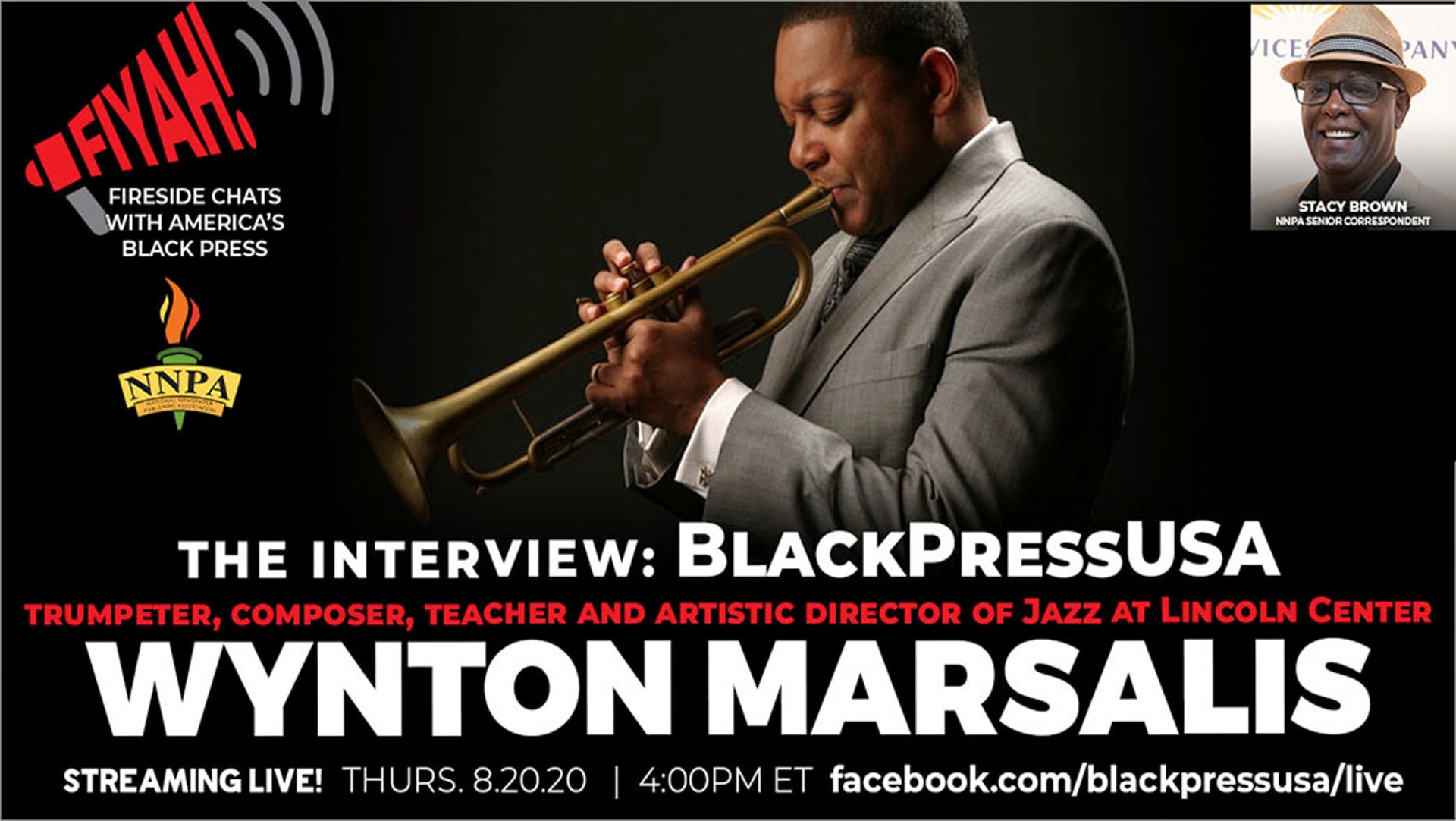 Wynton Marsalis’s exploration of socio-cultural and political issues has yielded some of his most inspired and provocative work over the last four decades including the GRAMMYⓇ Award-winning Black Codes (From the Underground) in 1985, Blood on the Fields ─ the first jazz composition ever to win a Pulitzer Prize─ in 1996, All Rise in 2002 (performed by Symphonic Orchestras the world over to great acclaim), and From the Plantation to the Penitentiary in 2007, which according to one reviewer, “reveals some important truth about this country with a lot of anger and heart.”

On August 21, 2020, Blue Engine Records will release The Ever Fonky Lowdown, the latest Marsalis composition to directly address the irresistible cocktail of deception, racism, greed, and gullibility that subverts the global fight for human rights and corrupts the possibilities and promise of democracy in America and around the world.

The new recording also features narration from acclaimed actor Wendell Pierce (The Wire, Treme, Jack Ryan) who plays the role of “Mr. Game,” whose commentary reveals the “hustle” that keeps us at each other’s throats and prevents us from working together to build a more equitable and friendly world.

“Mr. Game” is a composite strongman, part evangelical preacher, lawyer, businessman, politician, street hustler, newsman, social worker, street corner prophet, and reality show celebrity. His language is refined, colloquial and slang and his confidence and populist message keeps you hooked on the line for more. He is consistently charismatic, conniving and irreverent and so shocking in his disrespect for convention as to be provocative.
The Ever Fonky Lowdown was written in 2018 to address universal issues of human exploitation and suffering with a specific focus on how those matters have played out in America. The most recent public acts of police violence and the social inequities exposed by the Covid-19 Pandemic have spotlighted national problems and has hit a global nerve as well, as evidenced by the many international protests in solidarity. In this very moment, our world is experiencing more and more social upheaval over a myriad of human rights issues. The Ever Fonky Lowdown is even more pungent and timely today because it provides a blueprint for the game that has been and is being run on so many of us.

“Mr. Game” himself says, “We are here tonight, but this is an international hustle. It has played out many times across time and space and is not specific to any language or race. It takes on different flavors according to people’s taste, but always ends up in the same old place.”

Mr. Marsalis says, “Usually I research and learn a lot of new material for longer pieces. For this one, I went with music and mythology that I have lived. From the music my father and great New Orleans drummer and composer James Black played in the 60’s, to the funk we played in the 70’s, to the modern jazz we have been blessed to play, teach and shape over these last decades, The Ever Fonky Lowdown is an antidote to the poisonous (and largely unquestioned) cultural mythology that continues to infect our general quality of life.”

The work ultimately asks the question, where do we go from here?

Through this work, Marsalis suggests the need for all of us to question cheap populism and propaganda; rather than looking at what you are being told to see, look at what you are actually seeing in your immediate environment and act to improve that. “The entire world is struggling with issues of governance, belief, wealth, and cultural integrity. This is not the time for sleepwalking,” he says. “From the protests around the world that saw solidarity in the Afro-American struggle, we see people wanting to rise up and create a more equitable and more participatory world. Where do you stand? The new world is something we must fight for and the first step of doing is seeing. Awareness and acuity are the keys to escaping the complex web of very willful obfuscations on all sides of the equation. This is a responsibility and a burden we all share. In times of such cloudiness, to act is itself heroic.”