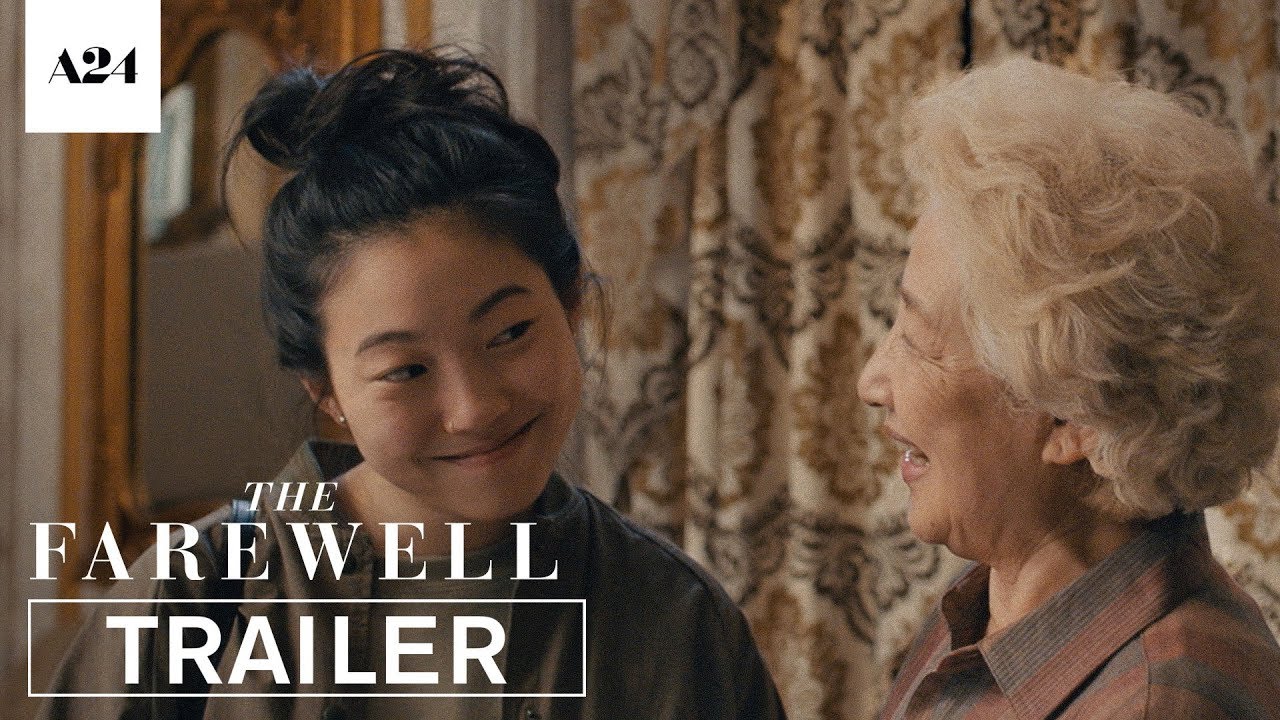 That thing called life. Everyone goes through it, somehow putting a greater focus on the beginning and not the end. Who’s more adorable? Babies or elders? Yea, right.

The Farwell dares to venture to the last chapter of our existence as it examines how an Asian family handles the finish-line process. It does so with a warm-hearted and uplifting spirit that is quite affecting.

Writer/director Lulu Wang dug into her own experiences to develop the script’s premise, storyline and characters, basing her 98-minute anecdote on an incident that happened to her.

Wang’s alter-ego is Billi (Awkwafina, Crazy Rich Asians), a Chinese-born, U.S.-raised twentysomething who is stunned to learn that her grandma, Nai Nai (Zhao Shuzhen), has been diagnosed with a terminal disease and given a short time to live.

Billi is even more shocked when her dad Haiyan (Tzi Ma, The Quiet American, Rush Hour) and mom Jian (Diana Lin) advise her that the family will not tell the matriarch her diagnosis. Instead, they will gather around her in Changchun, China, their hometown, under the pretense of celebrating a wedding.

For Billi, who is brash, the impulse to reach out to Nai Nai and console her is almost uncontrollable. It’s so strong, her parents don’t want her to travel to China, in fear that she’ll spill the beans. They leave for their motherland, without her. Billi, poor as a church mouse, finds a way (credit cards) to follow them there. In China, her parents and extended family are on pins and needles wondering if their cover will be blown.

Bravely Lulu Wang takes on a dreary subject, but adds an inventive touch of magic, humor and artistry to her narrative. Her Nai Nai character is a magnet of strength. Scenes with her practicing Tai chi and teaching it to Billi are priceless.

The tension between Billi and her parents over a tradition of holding back bad news seems authentic. In America, patients hear about the grim reaper all the time. In China, or at least in this family, the focus is on preserving a quality of life for as long as possible. And if that means sheltering the patient from a death sentence with a group charade, so be it.

Many films start or end with a screenshot that says, ‘Based on a true story.” The Farewell begins with the notation, “Based on an actual lie.” So, from the git-go, audiences know that this will not be an ordinary family drama. And it isn’t.

Wang is very deft at creating a vibrant family vibe, with rivalries, past history, love and conflict all rolled into one. Her efforts are complemented by an ensemble cast that knows their roles and plays them out accordingly. Tzi Ma as dad is the stodgy patriarch. Diana Lin and Ma make the perfect couple, who have one foot planted firmly in the Western world, and the other in their homeland and its culture.

Awkwafina as Billi, is their polar opposite. She’s as American as apple pie and an Apple Computer. She struggles to stay modern, yet respect her culture, traditions and family, too. Her dilemma will resonate with her generation or the offspring of immigrants. Emotional scenes between the three lead actors run quite deep, giving Awkwafina a chance to show her solid dramatic acting chops.

Wang is an artist. It’s evident in the way she frames scenes like family photo portraits, and also in the excellent choices she makes with her tech crew: The music, from the original score (Alex Weston) to the eclectic playlist (musical supervisors Susan Jacobs and Dylan Neely), is as impeccable as it is quirky. The clothes looked lived in (Athena Wang, costume designer). The footage’s colors and tones look great and the cast is well-lit and photographed (Anna Franquesca Solano, D.P.). Sets, from banquet halls to homes and apartments (Yong Ok Lee, production designer) look genuine, and you often question whether you’re watching a movie or real life.

If there is one imperfection, it’s the editing choices. Some scenes, especially the dinners, run on too long, way after the dramatic point has been made (Matt Friedman and Michael Taylor, editor).

When you walk out of the theater you may feel like you just left a family meal or a close friend’s house. That familial reaction is the result of Wang’s welcoming storytelling and an ensemble cast that makes you feel at home as you experience a sweet and sour drama, which tends to be more sweet.