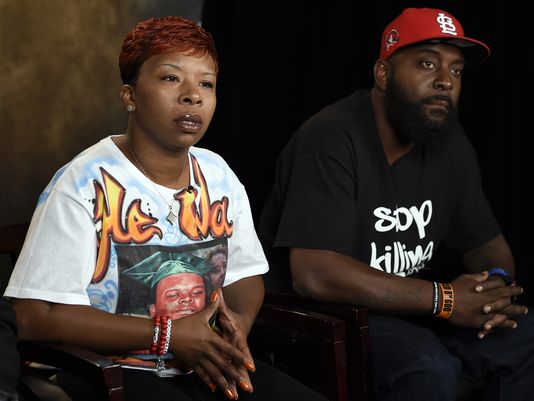 The parents of Michael Brown, Lesley McSpadden and Michael Brown Sr., speak to The Associated Press during an interview in Washington on Sept. 27, 2014. (Susan Walsh/AP Photo)

(USA Today) – The parents of an unarmed black teenager killed in a St. Louis suburb say they want a grand jury to indict the officer who shot him to get justice for their son and to send a message around the world that police must change their tactics.

“We are praying for an indictment. To me that would mean that (police) did do their investigation fairly and it was unbiased,” Brown’s mother, Lesley McSpadden, said.

A grand jury convened Aug. 20 to decide whether to indict Wilson. Court officials expect the grand jury to announce its decision this month.