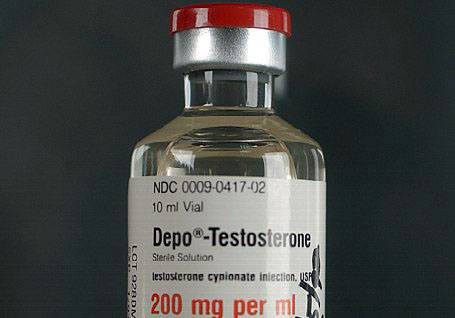 WASHINGTON (AP) — Federal health experts said Wednesday there is little evidence that testosterone-boosting drugs are effective for treating common signs of aging in men and that their use should be narrowed to exclude millions of Americans currently taking them.

The panel of Food and Drug Administration advisers voted 20-1 that prescribing language on blockbuster testosterone treatments should be revised to make clear they have not been shown to reverse common aging issues like low libido, fatigue and muscle loss. The labeling change would drastically limit the drugs’ FDA-approved indication to men who have abnormally low hormone levels due to disease or injury, instead of aging.

“I think the current labeling is vague and has been subject to misinterpretation,” said panelist Marjorie Shaw Phillips, of Georgia Regents Medical Center.

Even as experts recommended narrower use of the drugs, they acknowledged it will be difficult to change physician prescribing habits.

Testosterone drugs have grown into a multibillion-dollar market driven by industry advertisements for new pills, patches, gels and injections that promise relief from low testosterone or “Low-T.” For years companies like AbbVie and Eli Lilly have linked the condition to a variety of ailments in common in aging men, including sexual dysfunction and low mood.

Prescriptions for testosterone drugs have risen more than 58 percent since 2010 to 4.8 million last year, according to drug data firm, IMS Health.

Abbvie noted Wednesday that it halted TV advertisements for its blockbuster Androgel in June.

The FDA convened Wednesday’s meeting of outside experts to review the risks and benefits of drugs that raise levels of the male hormone, in light of several recent studies suggesting a link to heart problems in men.

Panelists said the evidence for a link to heart attack and blood clots is “inconclusive” and voted overwhelmingly that drugmakers should be required to conduct a long-term study of testosterone’s heart impacts.

The FDA first approved testosterone injections in the 1950s for men who had been diagnosed with hypogonadism, a form of abnormally low testosterone caused by injury or illness.

But labeling on the drugs is vague enough that companies have been able to promote their drugs to millions of otherwise healthy men who simply have lower-than-normal levels of testosterone.

Panelists said there is little evidence to support that broader use.

“There’s no way testosterone would be approved for the treatment of age-related low-T today, by contemporary regulatory standards,” said Dr. John Teerlink of the University of California, San Francisco. “We have no evidence of any benefit for patients and we have questions about clinical safety.”

While men’s testosterone levels naturally decline after age 40, experts disagree on whether that drop actually leads to the issues commonly associated with aging, such as decreased energy and lower bone density.

Additionally, testosterone levels change by the hour and are affected by a range of environmental factors, such as stress and sexual arousal.

Testosterone drugs are sold by AbbVie, Eli Lilly & Co., Endo Pharmaceuticals and Upsher-Smith Laboratories. Drugs from those companies and others totaled $2.2 billion last year, according to IMS Health.

The FDA is not required to follow the advice of its experts, and it has not set a timeline for when it will make a decision on testosterone products.

Whatever decision U.S. regulators make, it will come months after their counterparts in Canada issued warnings about the same drugs.

In July, Health Canada warned doctors that a “growing body of evidence” suggests the drugs may increase the risk of heart attack, stroke, blood clots and irregular heart rate.