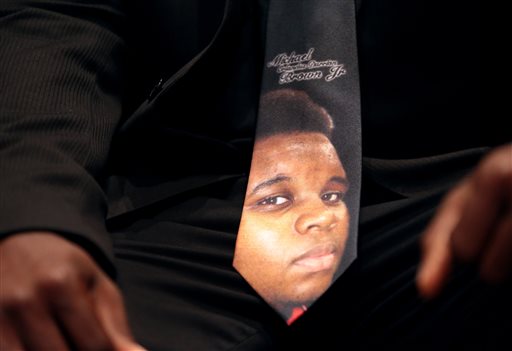 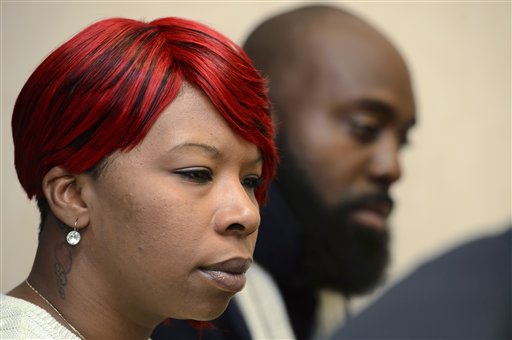 FERGUSON, Mo. (The St. Louis Post-Dispatch) — Inside the stuffy lobby of a downtown homeless shelter, Michael Brown’s father put on a pair of clear plastic gloves and stuck his hands into a large container of chicken salad, making sure the mayonnaise was evenly mixed.

Michael Brown Sr. was at the New Life Evangelistic Center at 14th and Locust streets on Friday to help feed more than 100 homeless people.

“We just want to give back, show our love,” Brown said.

Sunday marks one year since Brown’s 18-year-old son was killed by a police officer in Ferguson. The lunch on Friday was the beginning of a series of events this weekend the Brown family’s nonprofit is sponsoring to commemorate the fatal shooting that became an international story.

About two hours later and about 15 miles north, Missouri Gov. Jay Nixon stopped by a Ferguson Commission meeting to thank the members of the panel he created to respond to the unrest that followed the younger Brown’s death. The group has logged more than 14,000 volunteer hours working to address issues of racial disparities.

As the anniversary of Brown’s death approaches, the contrast between the two moments was telling. A father struggled to honor his son, and the state’s most powerful leader worked to heal the wounds that the killing revealed.

Man Shot by Police in Ferguson After He Fired at Officers, Police Say