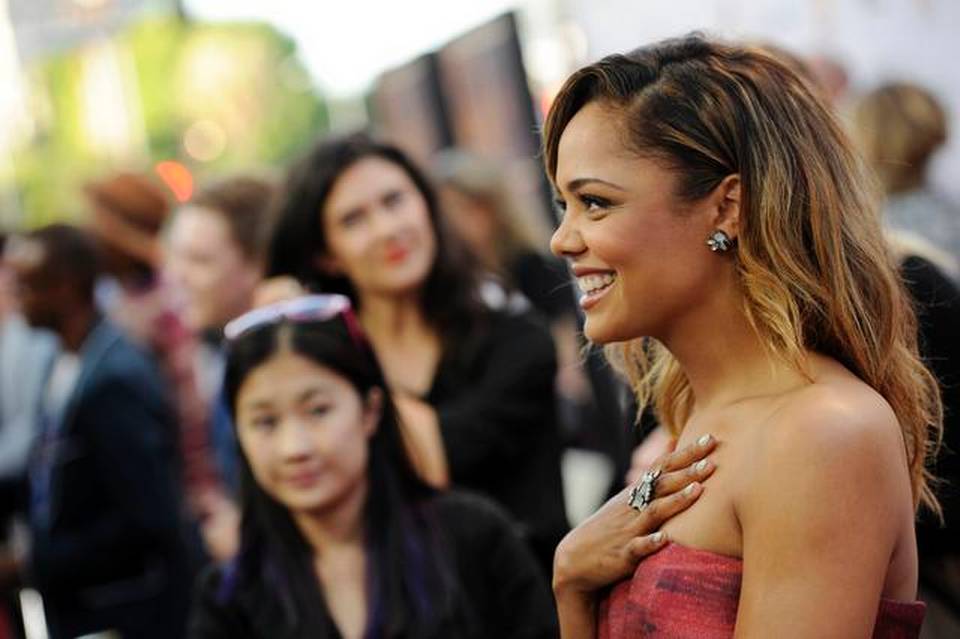 Tessa Thompson, a cast member in “Dear White People,” is interviewed at a screening of the film at the Los Angeles Film Festival on Wednesday, June 18, 2014 in Los Angeles.
(Chris Pizzello/Invision/AP)

(The Los Angeles Times) — The year of diversity in television is in full swing. Cemented by history-making Emmy nominations for “Empire’s” Taraji P. Henson and “How to Get Away With Murder’s” Viola Davis for lead drama actress — which two black women have never been nominated for together, and no black actress has ever won — Hollywood’s efforts to diversify its representations of people of color is giving many veteran actors their due recognition.

Just as deserving, however, are a (new) lot of young black actors storming big and small screens. Check out our list of up-and-coming black Hollywood stars to keep an eye on.