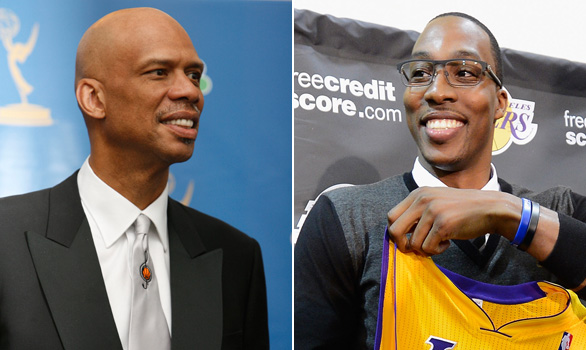 “Dwight is an extraordinary athlete and has incredible athletic ability, but basketball is a game where the most important muscle that you use on the court is the one between your ears,” Abdul-Jabbar said on ESPN’s “First Take” Thursday. “Dwight’s basketball IQ is not up to speed for him to be a dominant player.”

Howard, who signed with the Rockets during the offseason after a disappointing year with the Lakers, has this message for Abdul-Jabbar:

“You can’t win three Defensive Player of the Year trophies and be stupid. That can’t be done,” he said, according to the Houston Chronicle. “And I don’t think any coach that has ever coached me has said I have a low IQ for basketball.