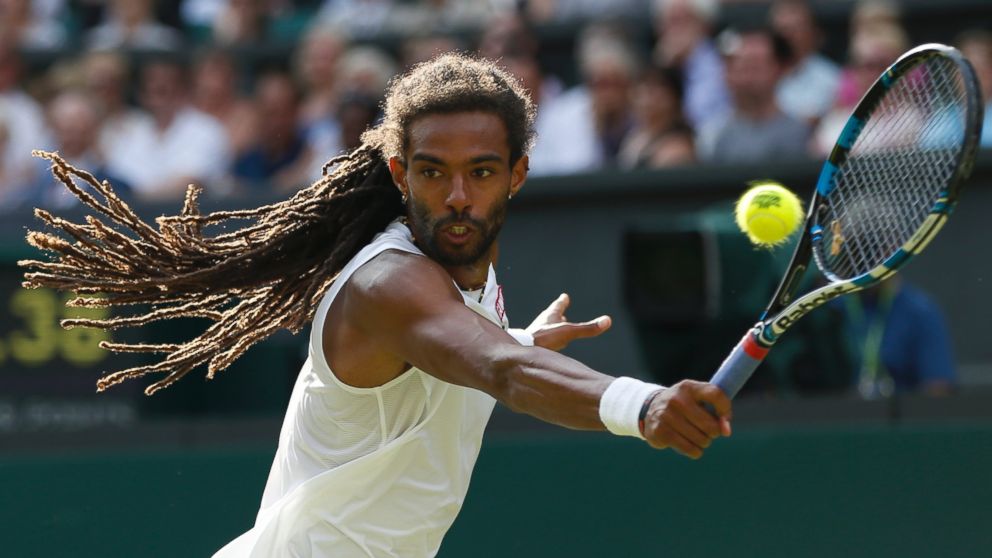 Dustin Brown of Germany returns a ball to Rafael Nadal of Spain during their singles match at the All England Lawn Tennis Championships in Wimbledon, London, Thursday July 2, 2015. (AP Photo/Pavel Golovkin)

(DestinyConnect.com) — It’s the oldest tennis tournament in the world, and winning Wimbeldon is seen as the pinnacle of a tennis player’s career. A great performance at the tournament has the power to make emerging and longstanding athletes household names.

Dustin Brown (30) discovered this truth last weekend when he was catapulted into the spotlight after causing the the biggest upset of the 2015 Wimbledon tournament.

On Friday, tennis lovers from across the world hurried to Google to find out who the deadlocked player was, when in a thrilling clash, Brown put 10th seed Nadal through his paces in a game that saw Brown win the match 7-5 3-6 6-4 6-4.

Although Brown was unable to follow up his shock win against Nadal two days later – when he was defeated by Serbia’s Viktor Troicki  – Brown’s charisma and flare on the court left a huge impression on all who watched him play.

Jason Whitlock and the Messy Saga of ESPN’s ‘Black Grantland’