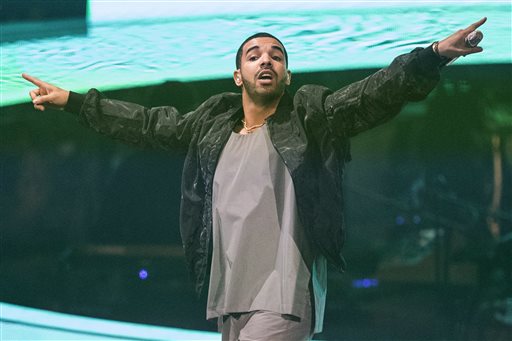 In this Oct. 24, 2013 file photo, Drake performs during his “Would You Like A Tour” show in Toronto. (AP Photo/The Canadian Press, Chris Young, file)

Rapper Drake was fined $25,000 for tampering, in regards to comments he made publicly about Oklahoma City Thunder star Kevin Durant.

While at his concert at OVO Fest in Toronto last week, Drake, who is an ambassador for the Toronto Raptors, made somewhat of a recruitment pitch to Durant while the two were on stage.

“Before we leave, I just want to show one of my brothers something,” Drake said to the concert crowd earlier this month. “You know, my brother Kevin Durant was kind enough to come to the show tonight and watch us. I just want him to see what would happen if he came to play in Toronto. Let him know what would happen.”

Durant will become a free agent in 2016, making this two years premature.

Ravens, 49ers Talk About Success of Joint Practices, Look to Do it Again