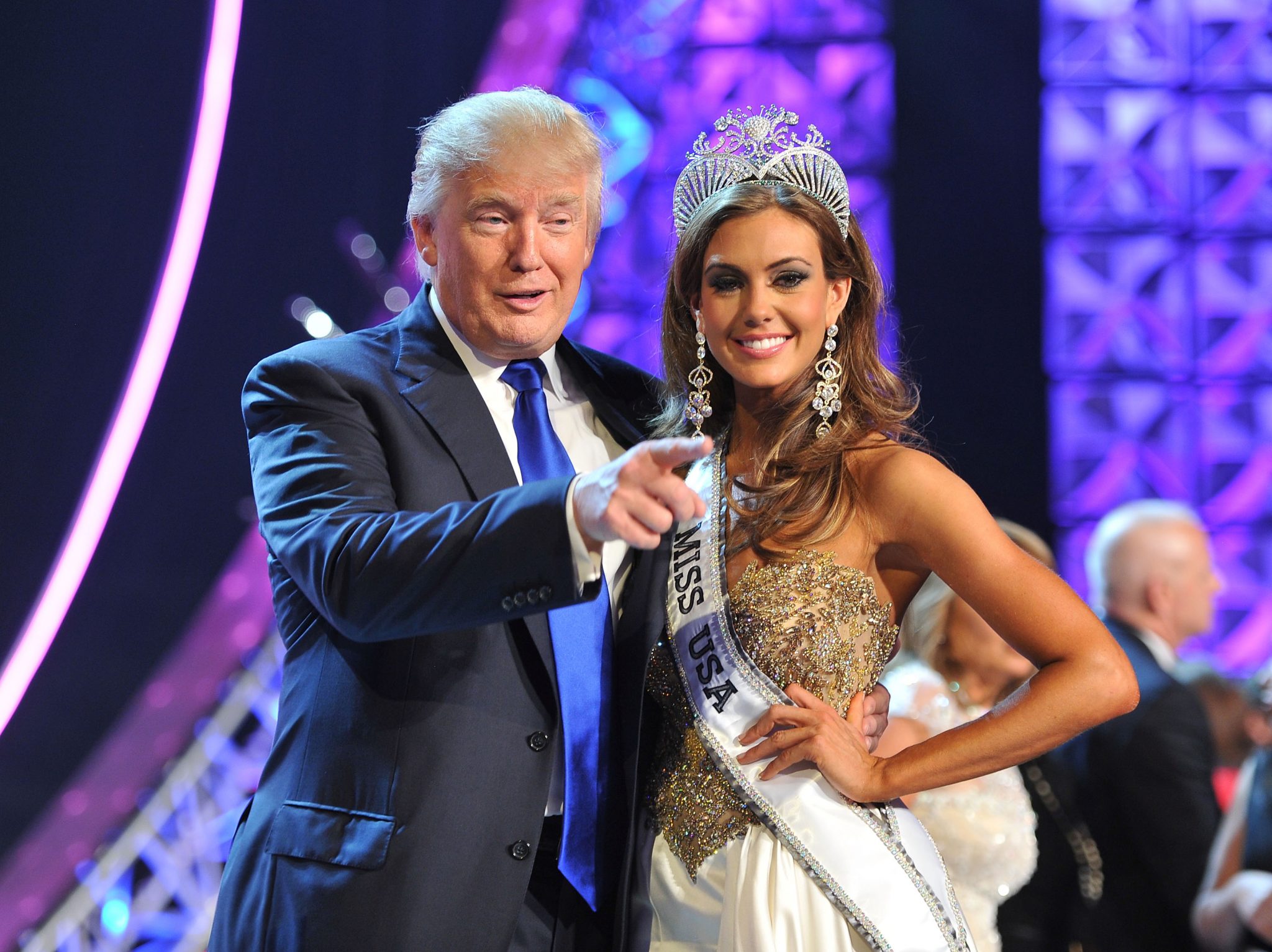 FILE – In this June 16, 2013 file photo, Donald Trump, left, and Miss Connecticut USA Erin Brady pose onstage after Brady won the 2013 Miss USA pageant in Las Vegas, Nev. Univision says it is dropping the Miss USA Pageant and says it will cut all business ties with Donald Trump over comments he made about Mexican immigrants. The network said Thursday, June 25, 2015, it will not air the pageant on July 12, as previously scheduled, and has ended its business relationship with the Miss Universe Organization due to what it called “insulting remarks about Mexican immigrants” by Trump, a part owner. (AP Photo/Jeff Bottari, File)

[POLITICO] Donald Trump sent a letter to Univision CEO and president Randy Falco on Friday informing him that “no Univision officer or representative” is allowed to use his Trump National Doral, the resort and golf club immediately adjacent to Univision offices in Miami, the On Media blog has learned.

The move is the latest in a public dispute that started Thursday when Univision announced it would end its business relationship with the Miss Universe Organization, which is co-owned by Trump and NBCUniversal, based on what it described as Trump’s “insulting remarks about Mexican immigrants” during the launch of his presidential campaign. Trump later announced that he would sue Univision for breach of contract and defamation, and accused Univision of defaulting on an “iron-clad” $13.5 million contract, which he said it had no right to terminate.