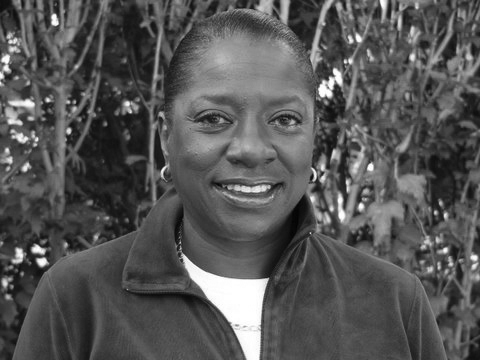 Special to the NNPA News Service from
The Westchester County Press

We’ve all heard the stories or know someone personally who has been stopped by the po-po, without provocation. I’m talking about living, walking, and driving while Black and male in America. Brothers can be stopped, questioned and frisked for no reason, other than the color of their complexion.
I just read recently where actor Giancarlo Esposito was stopped and frisked at gunpoint in the Times Square area by NYC’s Finest while leaving a theater where he was rehearsing for a play. The brother, who is known for his role on AMC network’s drama series Breaking Bad as the notorious meth kingpin Gustavo Fring, was not in character and was dressed in a suit, but the cops had profiled him as the suspect they were chasing who was wearing a “hoodie.” Sounds familiar?

Esposito, who is known for his many bad guy roles and as an ensemble cast member of Spike Lee’s films Do the Right Thing and School Daze, is the son of an African American mother and Italian father. He took his ordeal in stride noting that in a recent interview published in “TheWrap,” an online blog:
“I refuse to walk around, carrying that sack of racist crap,” he said. “Luis Buñuel [filmmaker] made great movies. And in all his movies there’s one old guy… who walks through the background with a big pillowcase… That’s your stuff. So when I’m healing, I’m healing my stuff.”

I actually think that stop and frisk is all of our stuff. Although I get where Giancarlo is coming from, I believe that we are, after all, our brother’s keeper, especially in New York City where the majority of those stopped and frisked are Black or Latino and are innocent of any wrongdoing. According to data from the New York Civil Liberties Union (NYCLU) in the first three months of 2012, New Yorkers were stopped by the police 203,500 times. Of those stopped, 89 percent were totally innocent of any crime; 54 percent were Black and 33 percent were Latino. To that specific point, there is a new app out, a Stop and Frisk Watch Android App, that lets anyone record, listen and report an incident with their smartphones, including audio. The user then uploads the video directly to the New York Civil Liberties Union.

This new smartphone technology was first developed during the “Occupy Wall Street Movement” by software developer Jason Van Anden, the creator of the “I’m Getting Arrested” app. These apps level the playing field for individuals who are unfairly targeted by police as they go about their business. They provide an unbiased digital account that offers a degree of protection in a police encounter. The Stop & Frisk Watch app is currently available as a free download at: https://play.google.com/store/apps/details?id=org.nyclu.stop.and.frisk.watch for Android phones. An iPhone version is scheduled for release in August.

“Stop and Frisk Watch is about empowering individuals and community groups to confront abusive, discriminatory policing,” NYCLU Executive Director Donna Lieberman said in a statement. ”
NYPD’s Stop and Frisk Campaign is not new, this is just another iteration of “show me your pass” which controlled the movements of the enslaved during the 18th and 19th century. Instead of the police, overseers and other forms of White authority would demand to see the paperwork of the enslaved if they were away from the plantation and traveling on their own without their White master.

After slavery was abolished with the passage of the 13th Amendment in 1865, African Americans were still subject to ridiculous restrictions that limited their movements and their rights as American citizens. Even in the 21st century, with an African American president, there are communities across America known as “sundown towns,” where Blacks are expected to be out of town by sundown. If an African American is unfortunate enough to be in a sundown town after dark, the consequences could be brutal, from arrest without probable cause to physical violence.

The Stop and Frisk Watch app is definitely a step in the right direction for any concerned citizen who witnesses an unlawful stop by the police in New York City, but currently it is only available in NYC. It would be an extremely useful tool if the American Civil Liberties Unions in cities that are experiencing a rash of stop & frisk activity adopted this new program as well, to stem unlawful detentions and interrogations. Al Sharpton, host of MSNBC’s PoliticsNation, and president of the National Action Network took to the streets of New York City on Father’s Day in a silent march of 20 organizations from Harlem to Mayor Michael Bloomberg’s Eastside townhouse to protest stop and frisk policies and bring these injustices to light.

Linda Tarrant-Reid is an author, historian and photographer. Her book Discovering Black America: From the Age of Exploration to the Twenty-First Century will be published in September 2012. Visit her blog at, http://www.discoverblackus.com. Send your comments to Linda Tarrant-Reid, c/o The Westchester County Press, P.O. Box 152, White Plains, NY 10602.

Ending the Cradle to Prison Pipeline