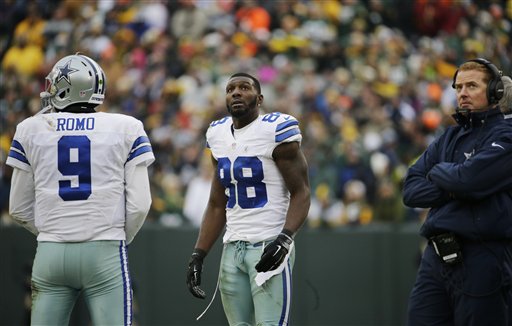 (NBC Sports) – Before Monday, few inside or outside the Cowboys organization believed that receiver Dez Bryant would miss regular-season games, at more than $750,000 each under his franchise tender of $12.8 million for the year. We’d previously said that, if he’s going to miss games that count, he needs to say so. After Monday’s tweet from Bryant that he won’t show without a new deal, more people on the outside are starting to believe that he’ll give up game checks.

Under the Collective Bargaining Agreement, he can sign the franchise tender and return at any time up until the Tuesday after Week 10. After that, he is prohibited from playing for the Cowboys or anyone else in 2015.

If he shows up only for the last seven weeks of the season, Bryant would still make more than $5.25 million for the year, which is more by far than he made in any year under his five-year rookie deal. So while it’s easy to look at this on one hand as more than $750,000 that goes away every week forever, Bryant could regard at it as an opportunity to make more than twice as much as he earned in any one season to date for playing in fewer than half of the games.