Despite Apathy, Activists and Strategists Urge Black Voters Not to Sit out 2022 Midterms
Advertisement 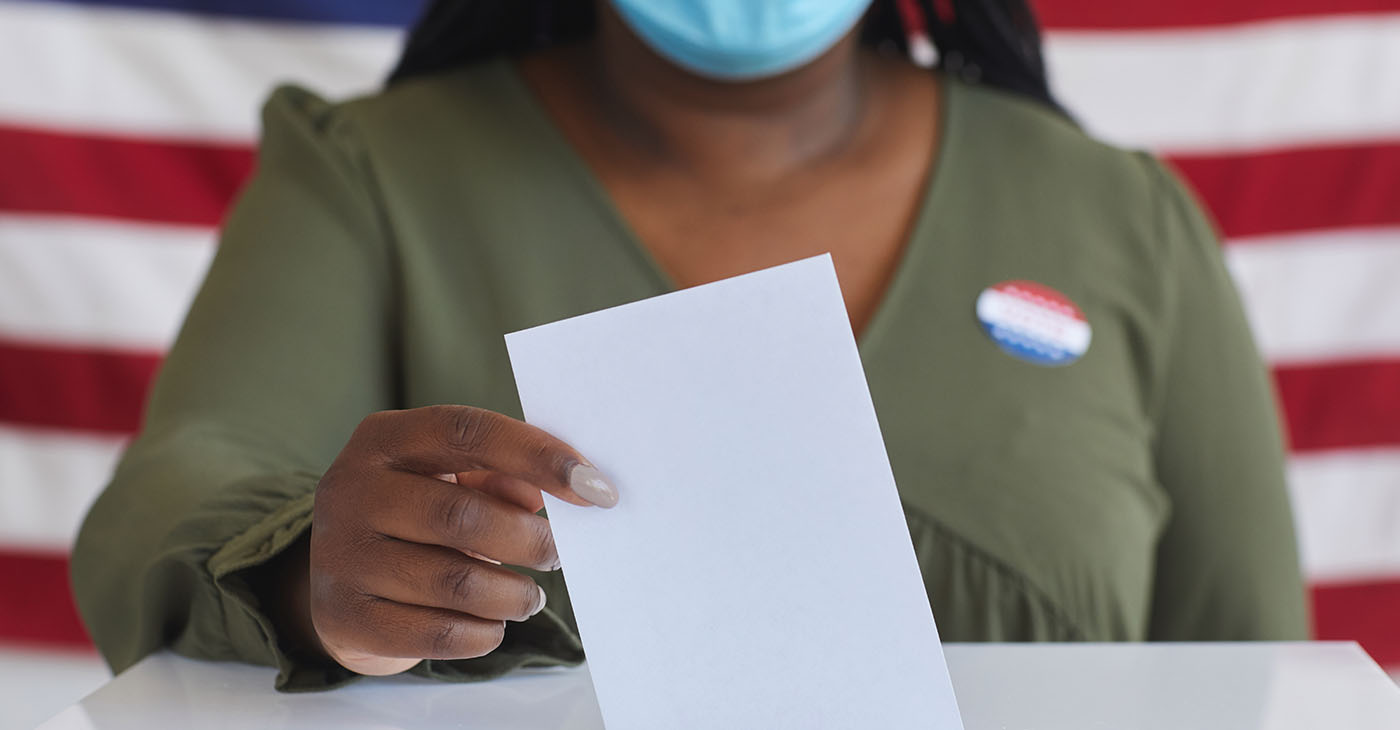 Black voters are not just a loyal part of the Democratic base, and they are a very practical one too.

The failure of Congress to pass legislation like the John Lewis Voting Rights Advancement Act and the George Floyd Justice in Policing Act have frustrated African Americans.

With new voter suppression laws, the leaked Roe V. Wade opinion, and the assault on many other rights, some question whether the voting bloc that allowed Democrats to take the White House and control both houses of Congress will abandon the polls during the midterm elections.

“Black voters are understandably frustrated with the lack of reform around voter rights, but the lack of success with this is due to actions by Republicans, not Democrats,” insisted Dr. Michal Strahilevitz, the director of the Elfenworks Center for Responsible Business and marketing professor at Saint Mary’s College of California.

“Black voters are far more pragmatic than most segments of the Democratic voter base. I expect them to show up not so much to reward Democrats for their lackluster success as to limit the power Republicans have to stop the necessary reforms,” Strahilevitz continued.

“In short, Black voters are not just a loyal part of the Democratic base, and they are a very practical one too.”

“These include police reform, voting rights, and economic inequality. If they do not turn out to vote in the midterms, the Democrats could lose control of Congress,” Chan offered.

“The party has plans to address some of these concerns, but more needs to be done. Black voters are an essential part of the Democratic coalition, and it is important that the party does more to address their concerns,” he concluded.

“The first solution and probably the only solution to turn the tide of the ongoing and multiple assaults on our rights is to build independent progressive Black political power,” Garza asserted.

“In 2020, Black voters were getting messages online telling them not to go to the polls, so we must make sure that our people can get to the polls and challenge the laws and policies that keep us from making important decisions. Black voters are kept from being powerful on purpose, by policies and the conservative movement has designed.”

Krystal Leaphart of Black Girls Vote said her organization begins engaging young girls as early as middle school with the mantra that “our vote is our voice.”

“We target all age groups and communities of Black girls, and we seek to educate and empower Black girls. However, we must make sure that those on the margins are fully engaged,” Leaphart stated.

“Many young people are shocked at the amount of power that we collectively have,” Leaphart continued. “When we engage young Black girls, they are excited to vote, and the earlier we get to people and get them excited about the process and get them civically engaged, the better we will be.”

“They are dealing with many the same issues that are not restricted to adults,” Leaphart asserted.

“They are dealing with reproductive justice issues, Black girl pushout, and overcriminalization. But hearing that those issues can be dealt with at the polls and talking to elected officials have them excited.”

In a radio interview, Democratic Strategist Karen Finney implored all to understand what was at stake during the 2022 midterms.

“It’s very clear in terms of the GOP candidates who emerged – one of the big things we saw is that people who were peddlers of The Big Lie, deniers of the 2020 election, seem to do pretty well, regardless of Donald Trump,” Finney told radio personality Charles Ellison on his Reality Check show.

“That tells you a lot about what their agenda would be if they win. Voters came out in record numbers in 2020, and we did something extraordinary,” Finney recounted.

“We’re going to have to do it again in 2022 if we want to keep America moving away from what I saw as a very divisive destruction of the Trump years.”

Mass Shootings and Gun Laws: Canada Does What America Won’t Do