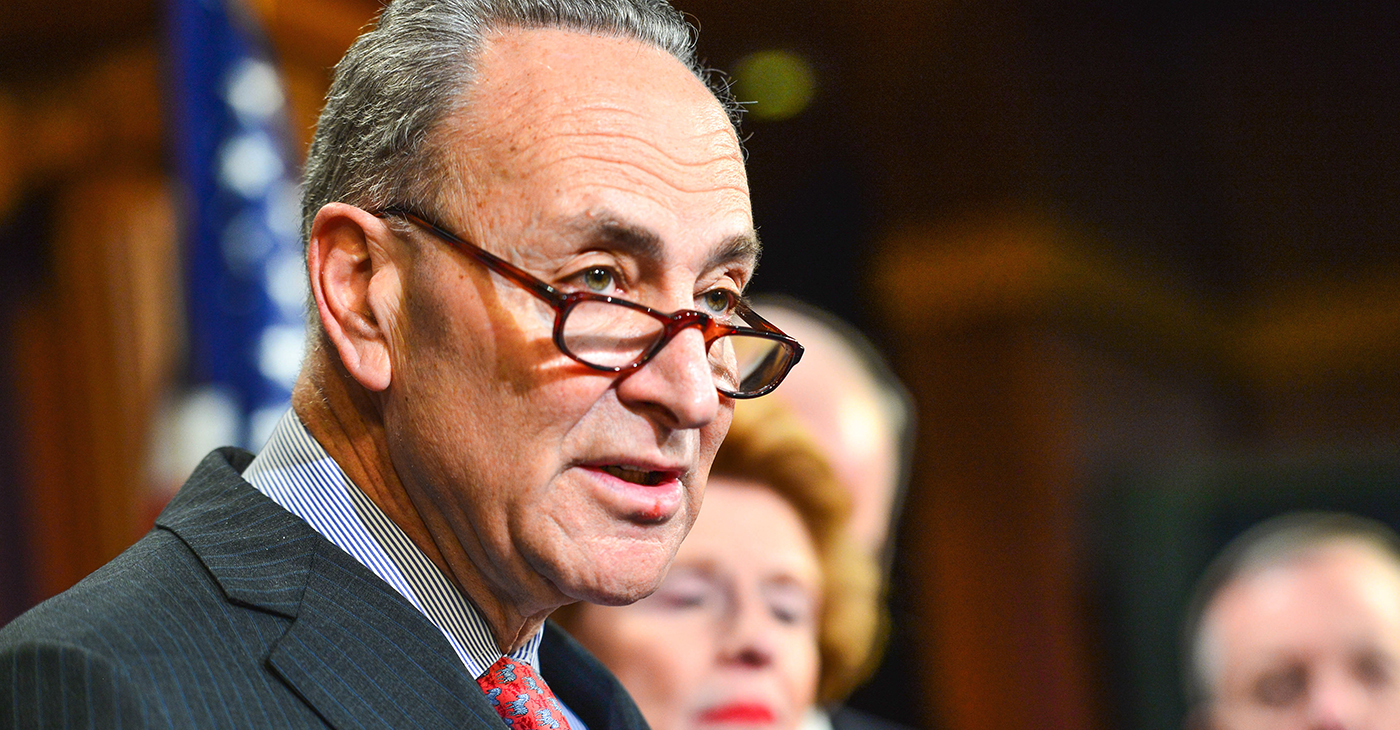 “To help fight this court’s awful decision, I urge every American to make their voices heard this week and this year,” said Senate Majority Leader Chuck Schumer (D-NY).

Senate Majority Leader Chuck Schumer (D-NY) announced his intentions to vote on legislation to codify the right to abortion law on Tuesday.

Schumer said a vote on such legislation “is not an abstract exercise.”

“This is as urgent and real as it gets,” Schumer pronounced.

“We will vote to protect a women’s right to choose, and every American is going to see which side every senator stands,” he declared.

The leader’s action came after a leaked Supreme Court document revealed, if the document is authentic, a majority of the Justices have voted to strike down the 1973 landmark Roe v. Wade decision.

Civil Rights and women’s groups quickly denounced the decision, as reported by Politico.

“We demand that the U.S. Supreme Court scrap Justice Samuel Alito’s draft, go back to the drawing board, and issue a decision that protects our health, rights, and bodily autonomy.”

“There is no greater invasion than when a government takes charge of our bodies — controlling the most private decision of all, the decision about when and if to have children.

“As mamas of color, such interference isn’t new, as our families and communities are denied the resources to raise our children safely. We will continue to fight for reproductive justice until the law respects our right to control our own bodies.”

Schumer’s call for a vote to codify the abortion law most certainly will face a blockade because it needs 60 votes in an evenly divided Senate.

If Congress can’t get it done, the Supreme Court decision would allow states to decide their policy on abortion.

President Joe Biden said his administration strongly argued in defense of Roe v. Wade. However, he noted that the leaked draft isn’t official and doesn’t yet reflect the court’s final decision.

“We’ve said that Roe is based on a long line of precedent recognizing ‘the Fourteenth Amendment’s concept of personal liberty’… against government interference with intensely personal decisions.’” Biden stated.

“I believe that a woman’s right to choose is fundamental, Roe has been the law of the land for almost fifty years, and basic fairness and the stability of our law demand that it not be overturned.”

The president noted that shortly after the enactment of Texas law S.B. 8 and other laws restricting women’s reproductive rights, he directed his Gender Policy Council and the White House Counsel’s Office to prepare options for an administration response to the continued attack on abortion and reproductive rights, under a variety of possible outcomes in the cases pending before the Supreme Court.

“We will be ready when any ruling is issued,” Biden declared.

“If the court does overturn Roe, it will fall on our nation’s elected officials at all levels of government to protect a woman’s right to choose,” he decided.

“And it will fall on voters to elect pro-choice officials this November. At the federal level, we will need more pro-choice Senators and a pro-choice majority in the House to adopt legislation that codifies Roe, which I will work to pass and sign into law.”

Meanwhile, Schumer proclaimed that the upcoming mid-term elections will have severe consequences “because the rights of a hundred million women are now on the ballot.”

“To help fight this court’s awful decision, I urge every American to make their voices heard this week and this year,” Schumer remarked.

“Make no mistake: the blame for this decision falls squarely on Republican Senators and the Senate Republicans as a whole, who spent years pushing extremist judges, spent years confirming three far-right justices to the Supreme Court, but who claimed somehow this day would never come. But this day has come, and we will fight it all the way.”