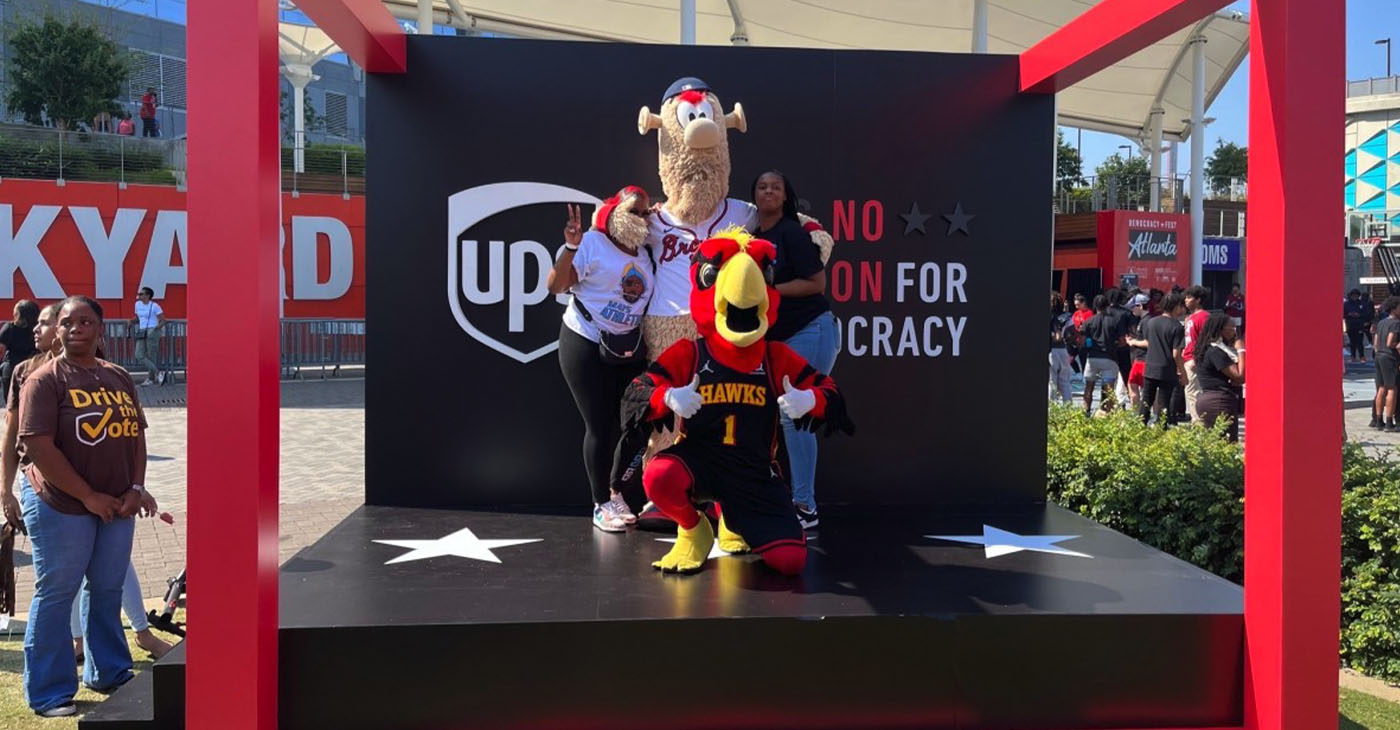 By Noah Washington | The Atlanta Voice

“Democracy doesn’t have an off-season.” Those words are the resonating slogan for Democracy Fest, a field day for the Atlanta Public School System meant to encourage voter turnout for students who are eligible to vote.

“This was the opportunity to get my peers involved in the voting process, a lot of us as youth become discouraged and feel like our vote doesn’t matter or not even know that we can be a part of the process even before we turn 18, so I feel like this is a great opportunity for people to learn,” said Quentin Carter, 18, a senior at South Atlanta High School.

Low voter turnout, particularly in the Black community, and more specifically among young voters is not a new conversation.

This could be a result of the Trumpian era of politics, but as the youth vote increased the Black turnout decreased. The Black voter turnout rate declined for the first time in 20 years in a presidential election, falling to 59.6% in 2016 after reaching a record-high 66.6% in 2012, according to Pew Research data.

So, to combat this Democracy Fest was born. Filled with games, rides, and live performances (this year’s performance was with popular Hip-Hop artist, Quavo of The Migos). Democracy Fest was not just about voting, it was about the advancement of students in their academic fields as well. Aligning the yard were several tents, where representatives were stationed to guide students to what was available post-high school.

“Democracy fest is a part of a corporate and non-profit collaboration, starting with the Arthur Blank Corporation and others who are committed to our students knowing about the democratic process, but they also know the importance of civic engagement,” said Atlanta Public Schools Superintendent Dr. Lisa Herring.

“We believe that can happen in a space where there can also be fun, because they are scholars and are entering into this journey. We believe this also changes how they think long-term with voting,” said Herring.

An enthusiastic youth turnout could make for an interesting 2022 midterm election.

The post ‘Democracy doesn’t have an off-season:’ Democracy Fest targets young voters of color appeared first on The Atlanta Voice.