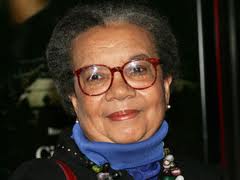 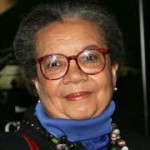 About 4 million American children celebrated a very big milestone this fall—their first day of kindergarten. Far too many were already a step or more behind their peers. If we want all of our children to be school-ready so that they can become college-, career-, and workforce-ready, it’s long past time to offer universal quality prekindergarten followed by universal full-day kindergarten in the United States.

A while back the bestselling book All I Really Need to Know I Learned in Kindergarten touched a chord with its simple messages: Share everything. Clean up your own mess. Don’t take things that aren’t yours. Say you’re sorry when you hurt somebody.

But those kinds of lessons sound very quaint today as 45 states and the District of Columbia move towards implementing Common Core Standards that shift the focus for kindergarteners to mastering a new list of skills such as solving addition and subtraction word problems, describing  measurable attributes of objects ( such as length or weight), analyzing and comparing two- and three-dimensional shapes, using informal language to describe their similarities, differences, parts, and other attributes, spelling simple words phonetically, drawing on knowledge of sound-letter relationships and participating in shared research and writing projects.

For too many kindergarteners, though, one thing is still a throwback to the old days: going to school for only half a day. In order to master the skills covered in the Common Core Standards, the amount of time a kindergartener gets to go to school each day can vary from as little as 2 ½  hours to a full day of six hours. As even a 5-year-old can see, that’s not fair. It’s time to stop demanding performance from children we do not give the supports they need to succeed.

Public education in America is built on the foundation of equal opportunity for all children. But while most Americans think of all children as having access to a robust K-12 education system, in many places full-day kindergarten is a huge missing half step in the early learning continuum. Research comparing full-day kindergarten (“Full-Day K”) and half-day kindergarten suggests that children benefit more from developmentally appropriate Full-Day K. Full-Day K plays a vital role in children’s educational development, boosting cognitive learning, creative problem-solving, social competence, promoting positive school outcomes including faster gains on literacy and language measures, better attendance through the primary grades, and higher academic achievement in later grades.

As the expectations for kindergarten in the Common Core Standards show, kindergartners across the country also are being expected to meet more rigorous academic benchmarks than ever before just like students in every other grade. The case for making kindergarten equal to every other school day seems obvious. Yet too many children aren’t given an opportunity to attend kindergarten for a full school day. Instead, access to Full-Day K is more like playing a game of chance in which the lottery of geography and income determine who wins. Millions of children are the losers.

Unequal access to publicly-funded full-day and full-week high quality kindergarten programs means too many young children lose a critical opportunity to develop and strengthen foundational skills necessary for success in school and lifelong learning. Many children who attend full day pre-K programs find themselves cut back to half days in kindergarten, which becomes a huge setback for them and hardship for their working families. And although a year of instructional time for kindergartners varies from 540 to 1,080 hours, the expectation of mastery of the Common Core Standards is the same from state to state and district to district no matter how much class time the children receive. If implementation of the rigorous Common Core standards is to succeed, Full-Day K can no longer be viewed as an optional add-on, enrichment, or intervention program. It must become a stable part of the pre-K- 3rd grade early learning continuum inevery state and school district.

What are children in your state—or your neighborhood—getting? Policymakers at all levels of government can help make Full-Day K a reality for all children in urban, suburban, and rural districts. Join CDF in our campaign to make this happen. Kindergarteners like to try to do lots of things all by themselves but they need adults to help speak up for Full-Day K.

Post Views: 25
Related Topics:ChildreneducationNo Child Left Behind
Up Next

Fed Chair: Communities of Color Must be Part of the Recovery

Troubled Waters on the Mighty Mississippi