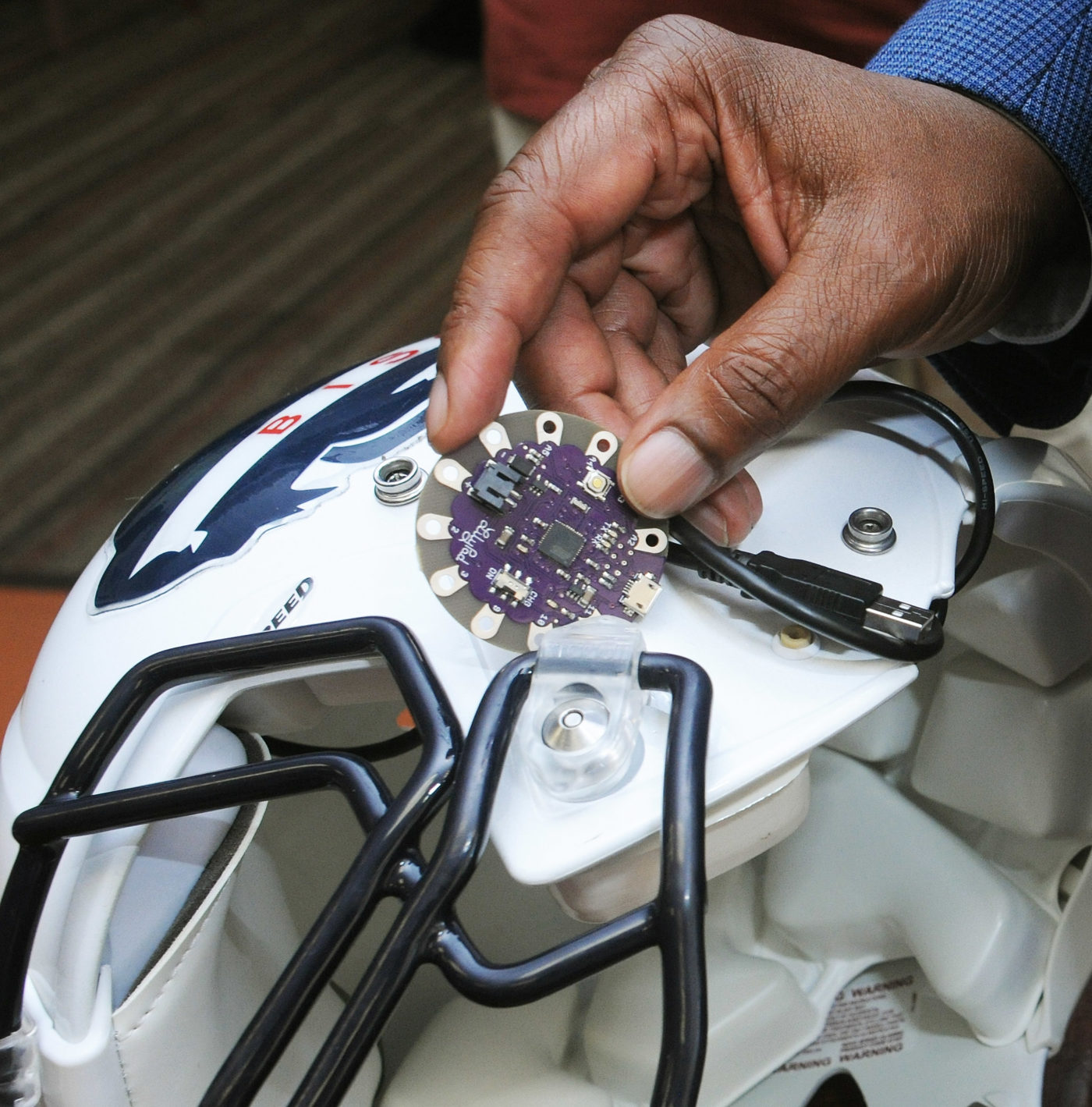 WASHINGTON (NNPA) – Despite the flurry of news about NFL lawsuits over concussions, the problem affects far more athletes at the high school and junior high school level, according to the federal government statistics.

In 2009 alone, nearly 250,000 youth age 19 or younger were treated in emergency rooms for sports and recreation-related injuries that included concussions, according to the Centers for Disease Control and Prevention. Between 2001 and 2009, the rate of such visits rose 57 percent.

Concussions occur when the brain is shaken violently against the skull. Although concussions are the most common brain injury, widespread awareness and concern about this issue in the world of student athletics is fairly recent.

But it is especially relevant for Black communities, particularly young men most likely to die from traumatic brain injuries, according to the CDC. And according to data from research nonprofit, Child Trends, 50 to 60 percent of Black American high schoolers were on a sports team in 2011.

In severe or untreated cases, they can cause brain damage, seizures, emotional distress, and death—in fact the CDC estimates that 5.3 million U.S. citizens are living with disability as a result of a traumatic brain injury (or TBI, an umbrella term that includes concussions).

“From an athletic trainer perspective concussions have always been a big concern. Coaches seemed to think that injuries increased because [athletic trainers] were there, but really it’s that awareness is increased,” says Jennifer Rheeling, a veteran athletic trainer in D.C. Public Schools and chair of the Sports Medicine Advisory Committee for the D.C. State Athletic Association.

“In the last five years particularly with the NFL starting to talk about it, and the lawsuits, has helped immensely now that people get it on a mainstream level. What they thought was just getting their bell rung was really a concussion.”

On the most diligent and well-resourced student teams, players take baseline tests—a battery of motor skill drills and survey questions to record their individual peak cognitive health—and have athletic trainers who check for signs of decline. If a concussion is suspected, a player does another test to compare those results to his or her baseline. The ImPACT Concussion Management program is currently the program of record for these tests among school athletic programs.

But according to Dr. Vernon Williams, neurologist and medical director of the Sports Concussion Institute, a lack of access to care compounds the (now fading) problem of awareness. ImPACT, for example, costs a minimum of $400 per year for 100 baseline tests and 15 post-injury tests for one school. Meanwhile, many schools and school districts, largely populated by Black and brown children, routinely have to make cuts to balance their budget.

“We have coaches who understand the need, but they have different resources. For example, we know baseline testing for people in contact collision sports can help evaluate when people get injured,” Dr. Williams explains. “But it’s uncommon for people to have access to state-of-the-art baseline testing. Players, school systems, and parents don’t have access to those funds. But we can still implement treatment using creative measures.”

Currently, Dr. Gary Harris, who specializes in computer engineering and serves as associate provost for Research and Graduate Studies at Howard University, is working with engineering students and the Bison football team to devise an inexpensive concussion monitoring system, using an open source platform.

(“Open source” is a tech industry term that means the equipment and information to create this system is public as opposed to proprietary, so as to encourage others to innovate and improve on the idea).

The project uses a computer chip attached inside the helmet that measures impact up to 100 gs of force. For reference: a sneeze is about 2 or 3 gs of force on the human body; an F-16 fighter jet barrel roll exerts 7 to 9 gs; a car crash at 45 mph is about 60 gs. Concussions usually happen with collisions between 80 and 120 gs.

The chip records the force of impact for every collision—it can be programed to transmit this information wirelessly, say, to a cell phone app. Or, it can be downloaded from the helmet using a USB cable. It can also be programed to send an alert when a hit exceeds a certain threshold.

“You can have an entire team’s list where you know all their shock, trauma, and incidents on file,” says Dr. Harris. “We still don’t know the threshold of force for brain damage, we don’t know how many hits it takes, but the first thing we have to do is collect the data.”

Each of these chips costs approximately $30.

Technology is also being used to improve care and outcomes the aftermath of serious concussion cases. Interactive Metronome, a health tech company that creates neurological research-based brain training programs and activities, is one example. The activities are designed around “brain timing”—the ability to clap to a beat, for example. As users play games and do activities that test their reaction time, those brain cell connections are repaired and strengthened. Originally (and primarily) used to improve motor skills and cognitive function in children with ADD/ADHD, the program is beginning to see success with TBI rehabilitation.

“We fit into concussions in a new way, which is helping out when those [post-concussion] symptoms don’t dissipate,” says Nick Etten, vice president of Strategy and Business Development at Interactive Metronome. “There’s a lot of emphasis on technology these days—it’s really important in the world of concussions and cognitive rehab. We’re starting to understand that there was a big void in information.”

Technology has helped improve identifying and treating concussions; on the prevention front, sports health care professionals now have the backing of the law. In all 50 states, a student athlete must be immediately removed from play if a concussion is suspected, and cannot return to practice or play without medical clearance. Some states also mandate that a student must remain free of symptoms or remain on the injured list for a set period of time, even if they gain medical clearance immediately.

But there are still holes in preventing these injuries.

“There’s clearly benefits to legislation in terms of drawing attention to the issue of concussions and having some foundation across the board with how they should be managed,” says Dr. Williams. “I think there are some variables…related to who should be allowed to clear players.”

He and Rheeling have both seen athletes on under-resourced teams get clearance from an emergency room resident, for example, in contrast with athletes who take a concussion test against their baseline with their team’s athletic trainer. They’ve also seen instances of students underreporting their symptoms, coaches resisting care recommendations, and parents being lax in monitoring their child’s rest after a concussion.

Emerging laws are attempting to add another layer of protection by regulating the number of weekly practices involving rough contact drills, thus reducing exposure to collisions and risk of concussion. Trainers, coaches, parents, and athletes can also receive guidance through resources such as the American Academy of Neurology online Sports Concussion Toolkit, and organizations such as the Sports Legacy Network.

“We’re at the end of the beginning as relates to concussion management. We’re learning more every day and the process will continue to evolve,” says Dr. Williams. “We’re out of the phase of explaining what a concussion is, identifying symptoms…. It’s no longer an unrecognized epidemic, we’re aware of the issues and that [a concussion] has to be managed effectively.”

What’s More to Blame for Obesity: Lack of Exercise or Eating Too Much?