COMMENTARY: Will the January 6th Hearings Result in Men and Women Going to Prison?
Advertisement 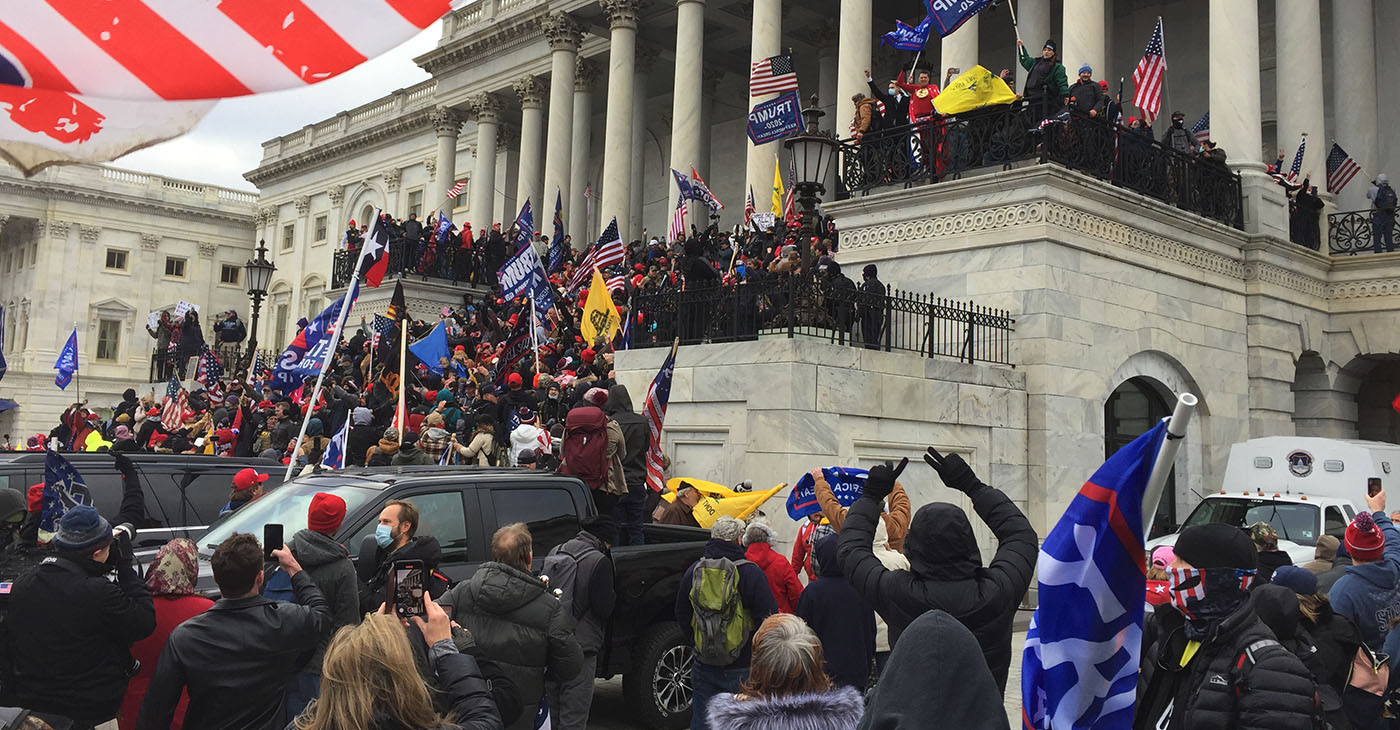 Acting Attorney General Jeffrey Rosen, at the time, testified that the former president wanted the Justice Department to be a part of this dishonest scheme. The former president said, “Just say the election was corrupt and leave the rest to me and the GOP Congressmen.” (Photo: Crowd of Trump supporters marching on the US Capitol on 6 January 2021, ultimately leading the building being breached and several deaths. / TapTheFowardAssist | Wikimedia Commons)

Will the January 6th hearings result in men and women going to prison?

If I had to guess, I would probably say no.

Will these hearings change the minds of some people about what happened on January 6th?

My answer to that question would be yes.

The in-your-face truth has a strange effect on people.

These hearings, now in their third week, have made an indelible impression on a lot of us.

The culprits and cronies are even more guilty than we originally thought they were. Their denial of the facts is both laughable and pathetic.

As the January 6th hearings have unfolded, it revealed that the former president of the United States did put pressure on government officials at all levels.

Acting Attorney General Jeffrey Rosen, at the time, testified that the former president wanted the Justice Department to be a part of this dishonest scheme.

The former president said, “Just say the election was corrupt and leave the rest to me and the GOP Congressmen.”

Who was corrupt in this matter?

We know the answer to that question.

We have heard many in the Republican Party state that nothing illegal or illicit happened.

Their constant refrain is: why are these hearings taking place? What is the big deal?

How does any reasonable person who watched this attack say that nothing transpired?

Of course, the key words in the last statement are “reasonable person.”

Many people outside of the political arena have also voiced their opinion on what happened.

The latest is Jack Del Rio, a professional football coach with the Washington Commanders, who recently said that the January 6th insurrection was not a “major deal.”

The hypocrisy of some Republicans is both dastardly and dubious.

They say no problem, but they know there is a problem.

If everything is peachy keen, then why did some of them run to Mr. T and ask for pardons.

According to reports, Republican Representatives Matt Gaetz of Florida, Mo Brooks of Alabama, Louie Gohmert of Texas, Andy Biggs of Arizona, and Scott Perry of Pennsylvania, asked for pardons. Marjorie Taylor-Greene of Georgia is also included in this report.

Republican Representative Adam Kinzinger of Illinois, who is a member of the committee said, “The president must not use his political influence to use the Department of Justice to his advantage.”

To some, and not to all, Mr. T did try to use his political influence. He failed.

Joe Biden is the president of the United States of America now.

The former president’s vile and incendiary comments on January 6th led to charges and jail time for many participants.

Some could make a valid argument that he is responsible for their actions and subsequent consequences.

According to Time Magazine, more than 840 people have been arrested, with more to come. Roughly 185 individuals have received sentences, with more awaiting trials.

Those awaiting arrests and trials are anxious and nervous. In other words, they are “sweating bricks.” Every knock on the door could mean their January 6th reckoning is upon them.

If I was one of them, I wouldn’t make any long-range plans. If you did the crime, then you must do the time.

As the January 6th hearings continue, more people will testify, and more evidence will come out.

If you are a doubter, then just keep watching!

What will be the ramifications of the January 6th hearings?

However, remember the words of Dr. Martin Luther King Jr. when he said, “Our lives begin to end the day we become silent about things that matter.”

The post Will the January 6th Hearings Result in Men and Women Going to Prison? appeared first on Houston Forward Times.