Chris Brown and Offset of the Migos got into a social media spat on Feb. 6. The two exchanged words after Brown posted a video poking fun at 21 Savage allegedly being born in the United Kingdom. 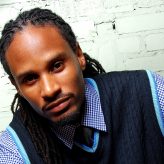 The video featured footage of 21 Savage rapping as a voice over a rapper from the U.K. played in the background. Upset by the joke, Offset responded with caption, “Memes ain’t funny lame.”

Brown responded to Offset by challenging him to a fight.

“F– you lil boy,” Brown wrote. “Better worry about what u got going and focus on ‘you.’ All this cap on IG is what’s lame. Yo energy wont [sic] that when I came to Drake show in LA. If you don’t get yo a hip a hop a hibbet a hibbet to the hip hip hop and ya don’t stop the rockin face a– out of my comments. Sensitive a– n—. Call me personally. U want some clout when all u gotta do is pull up […] If you a real man fight me. Oh and another thing, suck my d–!”

21 Savage, born Shayaa Bin Abraham-Joseph, was arrested by U.S. Immigration and Customs Enforcement on Feb. 3 for allegedly overstaying his Visa. He remains in custody at press time.

Below are social media reactions from Brown’s feud with Offset.

Offset had the nerve to call Chris Brown a “lame” when he’s sporting an entirely fabricated hood persona with a wife that touts the persona of a sterotypical black woman despite making afro-derogatory remarks. LET US ALL LAUGH IN UNISON pic.twitter.com/h0hohjZWdI

A.R. Shaw is an author and journalist who documents culture, politics, and entertainment. He has covered The Obama White House, the summer Olympics in London, and currently serves as Lifestyle Editor for Rolling Out magazine. Follow his journey on Twitter @arshaw and Instagram @arshaw23.
This article originally appeared in Rollingout.com
Post Views: 100
Related Topics:21 SavageA.R Shawchris browndrakehip hopillegal immigrationimmigrationMigosmusicOffsetShayaa Bin Abraham-JosephU.K. memesU.S. Immigration and Customs Enforcementunited kingdom
Up Next

COMMENTARY: #FirstThem Has Many Detractors, but Supporters want to ‘Stay on Code’