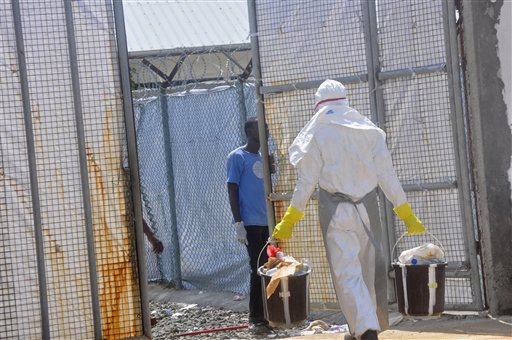 BEIJING (AP) — China is ramping up its assistance in the fight against Ebola by dispatching an additional 232 army medical workers to West Africa, state media reported Tuesday.

The latest contingent to be sent to afflicted nations will depart Tuesday evening, with 154 of them headed to Liberia and 78 to Sierra Leone, according to the China Daily newspaper.

They will join 43 army doctors and 35 specialists from the Chinese Center for Disease Control already working in Sierra Leone, where they have treated 61 patients and trained 1,600 local medical workers.

“Fighting Ebola is not a regional battle, but should be supported globally,” the paper quoted deputy director of the National Health and Family Planning Ministry Cui Li as saying.

China, which has not reported any Ebola cases, has already provided $121 million in cash and supplies to the fight against the disease in West Africa.

Chinese medical teams have considerable experience working at home against infectious diseases such as Severe Acute Respiratory Syndrome, or SARS, and avian flu.

The country is also seeking to boost its humanitarian and diplomatic engagement with Africa on a level commensurate with its economic involvement on the continent.

The World Health Association has recorded more than 13,000 cases of Ebola in eight affected countries since the outbreak began, and more than 5,000 deaths.