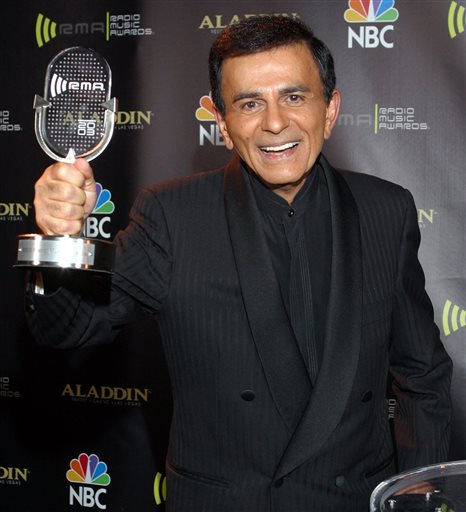 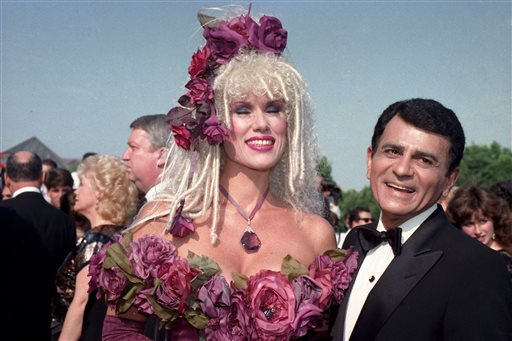 In this Sept. 20, 1987 file photo, Casey Kasem, along with his wife Jean Kasem arrives at the Emmy Awards in Los Angeles. Kasem, the smooth-voiced radio broadcaster who became the king of the top 40 countdown, died Sunday, June 15, 2014, according to Danny Deraney, publicist for Kasem’s daughter, Kerri. He was 82. (AP Photo/File)

(Philly.com) – “AMERICAN TOP 40” with host Casey Kasem, who died Sunday at age 82, was born on the Fourth of July, literally – July 4, 1970. It was amazing timing, to say the least – less than two months after the bloodshed at Kent State (the No. 30 song, played by Kasem that week, was “Ohio” by Crosby, Stills, Nash & Young), six months after Altamont, and with the Beatles breaking up and their final No. 1 recording, “The Long and Winding Road,” also on the chart at No. 8 that week.

The center was not holding.

But Kasem was the right man for that strange time. He took the chaos that was American pop music and turned it into something that no one had ever thought it could be: a story, that had heroes with remarkable backstories that he could now reveal to the audience, that had winners moving up and losers moving down every week, counting down to an operatic denouement at the No. 1 position. Rock, pop, soul and country became a kind of Greek-style mythology in his accessible tenor.