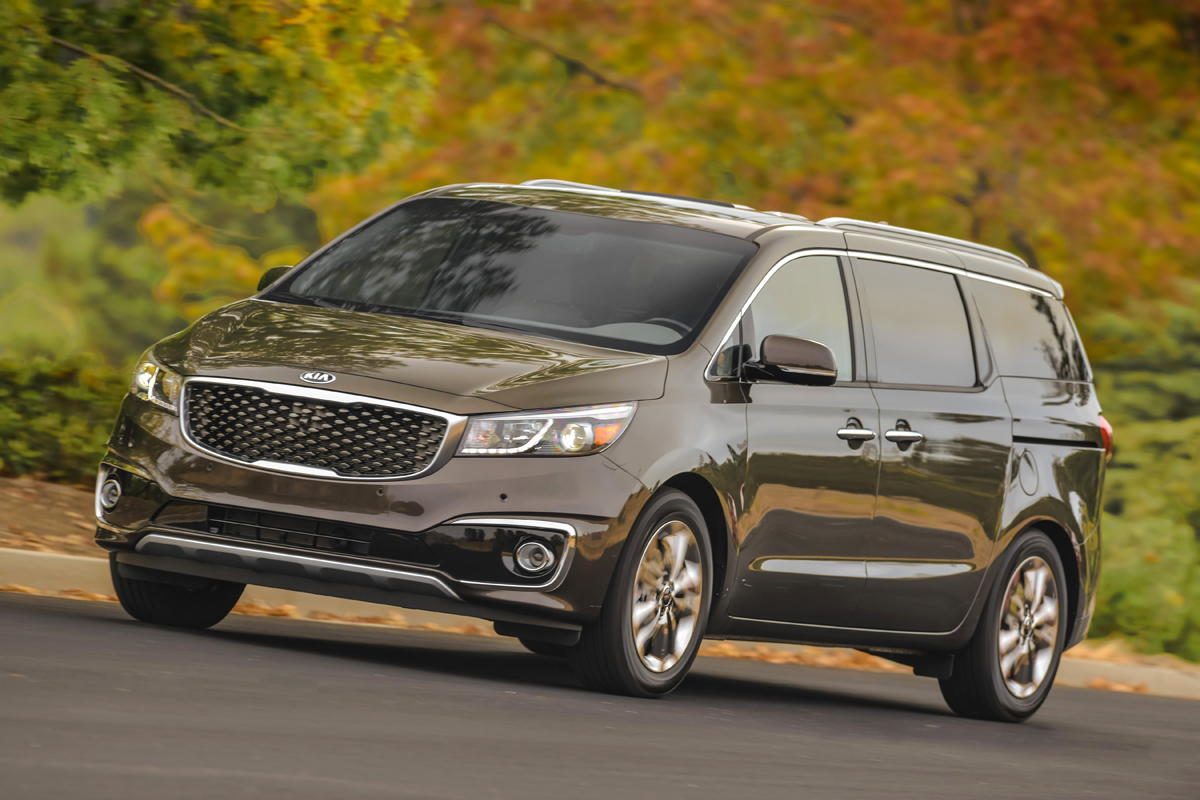 DETROIT – It was amazing. Our mail carrier dropped off some unwanted bills and before she got to the next house, the vehicle parked in front grabbed her attention so she walked over, gave it a close inspection and returned to the door to ask several questions.

Like the mail carrier, the next day we were walking to the end of the driveway and a neighbor pulled up to ask questions about the vehicle, too. The amazing part of all this was the vehicle that had lured their attention was a 2015 Kia Sedona – a minivan.

What first caught the mail carrier’s eye from the porch was the dual sunroofs. At first, we thought the one that channeled light onto the second and third rows was fixed. Not so; it was a fully retracting sunroof. And to make sure, we tested both front and rear sunroofs and both retracted.

Our neighbor couldn’t see the dual sunroofs from the seat of his car. It was the Sedona’s style that made him pull over. We don’t even know this guy, other than he lives on the opposite side of the street three or four houses down. And it was this minivan rather than some very racy stuff of late, including a couple of two seat sport cars, that he stopped and asked about.

Let’s say this once: minivans have become the scourge of the auto industry. They might be the lone vehicle that people purchase because they have to, most time not after the first child is born but after the second child gets here. Sales have fallen dramatically over the years but roughly 1 million minivans are sold every year.

Kia thought that a significant number and last year redesigned the Sedona to be a sophisticated people hauler. The exterior design was clean, starting with Kia’s tiger grille. The minivan had an upswept beltline. And our SXL trim line featured 19-inch chrome alloy wheels.

The interior was really smooth. Perforated black and brown heated and cooled front seats. If we open our eyes and found ourselves in a Sedona without knowing what it was, we’d think were sitting a nicely appointed sedan. That’s because the Sedona does not have a conventional center stack like most minivans. Kia opted to give it the horizontal layout that adorns its midsize sedans.

This setup gave the minivan the feel of a car. Not until you look back do you realize that you’re not sitting in a car. The step in point was high, but not that high. The driving position was pretty good and a wide dead pedal provided a sensible place for that off foot.

A 3.3-liter V6 made 276 horsepower and 248 pound-feet of torque. It was quiet, assertive yet sedately powerful. There was an ambience of quality in the Sedona that you really don’t find in most minivan. It really did have an aura of a refined sedan.

We turned the audio system off, closed the windows and heard the purr of the six cylinder engine but it was not intrusive. That Sedona was very quiet, the suspension was firm without being harsh and the driving characteristic was like smooth jazz, really easy.

In addition to dual sunroofs, the SXL package included Xenon head lamps, lane departure warning, forward collision warning, surround view monitor that included an overhead view, corner view and a couple of other views. It was an impressive system. There was also adaptive cruise control. In many ways, the 2015 Kia Sedona was equipped more like a family sedan rather than a family hauler.

The 2015 Kia Sedona was a sharp well-engineered minivan. Opening the doors from inside felt like they were never latched. There was no hitch when we pulled the handle to open the door; that’s what we mean when say well-engineered.

And at $43,295, Kia again has delivered a quality vehicle at a good price.