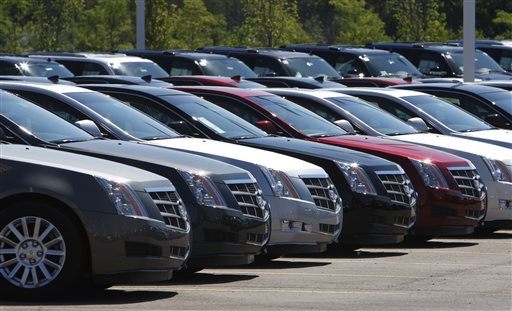 Aided by one more selling day than the prior-year period, six of the top seven selling auto makers in the U.S. reported gains. General Motors Co., which had a decline in sales to rental fleets, was alone in reporting a decline as June volume fell 3% to 259,353 vehicles.

The strong start to the summer selling season is a welcome trend for an auto industry combating slowdowns in other parts of the world. While India and Western European volumes are solid, growth has slowed in China while other emerging markets—notably Brazil and Russia—are stuck in a tailspin.

American car buyers have long been among the most valued in the world by auto makers, as higher transaction prices and demand for bigger vehicles make sales more profitable. The high concentration of sales of trucks and SUVs amid lower gasoline prices, combined with better capacity utilization and tighter inventory controls, has made the U.S. market even more lucrative during the current boom.