Stories from New UW-Milwaukee Graduates Inspire Us All

SkillsUSA Announces Winners and MPS is on the List

COMMENTARY: The Sale of Singles Cigarettes is a Problem You Need to Know About 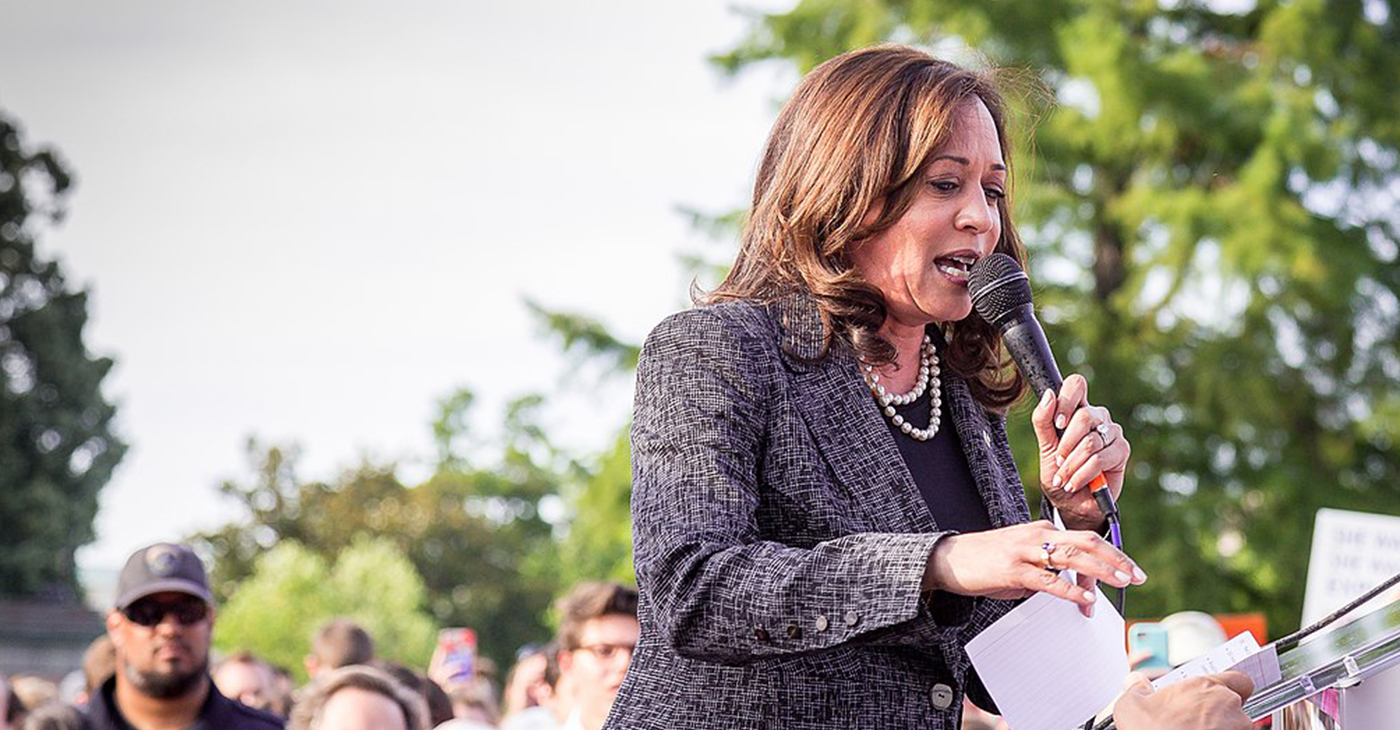 Kamala Harris is running for president and should be critiqued. She should also have the opportunity to speak for herself and answer questions about her record as a candidate in the present day.

Senator Kamala Harris (D-CA) is running for president of the United States. Harris, a black American who is the daughter of an Indian mother and Jamaican father, was born and raised in Oakland, CA and then Toronto, has announced her intentions on MLK Day. Many celebrated the announcement. Harris would be standing on the shoulders of Shirley Chisolm, the only other black woman to run for president in the history of the United States. However, others immediately went into default mode–tearing down this dynamic black woman before she could even get started.

Some questioned her race suggesting she wasn’t really black because of her biracial and global heritage. This critique sounded similar to the critique made of then Senator Barack Obama, the child of a white woman from Kansas and a father from Kenya. In both cases, daddy left, and the children were raised by mothers who aren’t black women.

Both mothers understood that, in the context of the United States, their children would be seen and treated as black Americans. So, they did what black mothers have been doing for centuries here, prepared them socially and culturally for survival in the United States.

In fact, Harris’ mother, a scientist and civil rights activist, adopted black American culture, immersing herself and her children in what she found to be a rich, energetic and welcoming culture.

Harris, who obviously knows who she is, lived her life as a black woman in America because in America, particularly during her childhood, you did not have the option of reinvention or all of the privileges of self-identification racial and cultural groups have today. There were no multiple racial categories being checked and personal pronouns being chosen or eschewed.

Now, before you tweet, yes there were schools exclusively for blacks in other countries during segregation and apartheid, which was worldwide. Harris, who could have attended a myriad of competitive universities, specifically chose this competitive university because of its legacy of educating and influencing black Americans and thus American culture.

Where did Harris make her announcement? On the steps of Howard University, her alma mater, where she let the world know it was her duty to try to gain the Democratic nomination in a political climate run amok and a White House in dangerous hands. And still, folks on social media used terms like “slick,” “calculating” and “untrustworthy” to describe this woman, beaming with pride, as something other than a proud HU alum.

The words used to describe Harris in social media dovetailed nicely into the Jezebel stereotype, often lobbed at black women who are painted as secretive, seductive, beguiling and alluring in literature and film. This stereotype emerged during slavery to justify the rape of black women by their white owners–men and women included.

Mainstream media picked up where Black Twitter left off, delighting in her relationship with San Francisco’s iconic mayor Willie Brown. Brown, who is still separated from his legal wife, and had been separated for 25 years at the time of his and Harris’ coupling, refuses to comment on the relationship today, because it is what reality television stars call a non-factor.

Apparently, a relationship that was very public at the time, was made into something secretive and dirty because Harris was on the other end. I chuckled to myself as I read Facebook posts of men and women currently or formerly engaged in “secret” affairs with married folk, who actually go home at night, gossiping about Senator Harris, but they are not running for political office, so I guess their indiscretions don’t matter.

Of course, mainstream media suggested her professional accolades happened because of her association with Brown—not her upbringing, university and law degrees from competitive institutions, professional experience as a lawyer or professional networks.

Nah, none of that had anything to do with it.

Those same people who attributed her success to Brown, failed to attribute the success of House Speaker Nancy Pelosi, California Senator Dianne Feinstein or Congresswoman Maxine Waters to Brown, who also played a major role in their rise in the political world, among others.

Perhaps the one valid concern stemming from her former career as a California prosecutor is her role as a part of California’s prison industrial complex, which has been decontextualized and used to paint her as a monster in this era of people actually paying attention to mass incarceration.

The prison industrial complex has been researched, documented and protested against—mainly by black women and black women scholars for decades. In fact, Chinonye Chukwu, who just won the top award at Sundance for her film “Clemency,” is a justice reform activist and professor at Wright State University. I guess her work doesn’t count because she’s a Nigerian-born, Alaskan bred black woman living in America? See how silly that sounds?

Which leads me back to Harris. Perhaps if people actually knew the history behind blacks being banned from serving as prosecutors and judges in our courtrooms, then they could take a more nuanced perspective on black women prosecutors like Harris.

Even today, 90 percent of prosecutors are white and more than 80 percent are male which means Harris had to perform what writer German Lopez calls a “delicate balancing act” while working as a prosecutor. While we’re combing through her record (which we absolutely should be doing), scores of prosecutors are going unchecked mainly because they fit the status quo.

For all of those who fail to recognize her, “Jobs Instead of Prison” program and the first-of-its-kind mandatory, anti-racial bias training for police officers, what might have happened had she taken a stronger stand against the death penalty or held police officers more accountable in controversial cases? Marilyn Mosby would have happened.

Folks were all in when Mosby attempted to bring Baltimore police officers to justice over the death of Freddie Gray. However, when the powerful police union rallied and turned on her and literally tried to bankrupt and fire her, where was the black community in support of Mosby? Radio silence—except for black women scholars, influencers and activists who wrote public letters of support for Mosby.

You can say that, “Harris shoulda…, coulda…, woulda…” all you want, but the reality is who would have stood with her in the “tough on crime” era in which she was one of the few black women prosecutors in the country? I’ll wait.

Which leads me back to my main point. Cancel culture is going to get black folks canceled out of this country. We are literally on laying on our backs while white supremacists march up and down our black bodies with impunity.

To rail against a black woman before she even has an opportunity to address or respond in real time to the many questions, this is ridiculous, just like some of these lame “critiques.”

Bill Clinton is the nation’s first black president but Kamala Harris ain’t black? Who would think black folk would accuse Harris of being “suspicious” for being biracial and married to a white man with all of the influential black men–some biracial—married to white women and non-black women getting to keep their black cards?

We have a current president who has been accused of rape and sexual assault—to which he admitted on tape—and is on his third marriage, but we’re worried about Harris’ choice of husband?

All of this vitriol aimed at Harris is wrapped in misogyny, sexism, racism and xenophobia and I’m not here for it. Cory Booker announced his run for president and maybe I missed it, but I have yet to see any discussion of his problematic views on homophobia and sexual assault, Wall Street connections, education reform and dare I say it, close friendship with Jared Kushner, President Trump’s son-in-law.

I literally just saw a brother on Facebook who refuses to #muteRKelly but has already canceled Kamala. Really? We literally have a modern day Al Jolson in the Virginia Governor’s office, the White House looks like an advertisement for Barnum and Bailey and folks are cutting off Harris at the knees because her mama is Indian?

As voters, we have got to do better in terms of candidate selection. We need all of the information–not just sound bites from pundits, hashtags from social media influencers and revisionist think pieces on who she was 30 years ago.

Harris is running for president and should be critiqued. She should also have the opportunity to speak for herself and answer questions about her record as a candidate in the present day.

Personally, I’d rather see Harris on the Supreme Court than in the White House, but I’m open to hearing what she has to say during this presidential run whether or not she gets the Democratic nomination.

I don’t know who I’m voting for or voting against yet. It’s too early to tell, but I do know I want to know who Harris is in her words and on her terms. No, I’m not going to #CancelKamala or #CancelCory or #CancelWarren or #CancelCastro because they have had complicated lives and careers.

I find it fascinating how swift the calls for canceling these non-traditional candidates came relative to the enthusiasm for white male candidates who haven’t even announced their candidacies like Joe Biden, Bernie Sanders and Beto O’Rourke.

We only need to look at our recent history to see how this happens. Black folks were suspicious of then Senator Obama for many of the same reasons as Harris at the beginning of his candidacy. You can’t even form your lips to critique his policies now without being called a sellout–that is how beloved he is now to many in our community.

What might have happened had we cut the brother off at the knees the same way we’re slicing and dicing Harris? As it relates to Harris and the black women candidates who will follow in her footsteps, they deserve the same chance to be president as those who have come before them. They also deserve to be heard. #listentoblackwomen and give Kamala Harris a chance.

Nsenga K. Burton, Ph.D. is entertainment and culture editor for NNPA/BlackPressUSA. A film and media scholar, Dr. Burton is founder and editor-in-chief of the award-winning news blog The Burton Wire, which covers news of the African diaspora.

Follow her on Twitter @Ntellectual or @TheBurtonWire. today. There were no multiple racial categories being checked and personal pronouns being chosen or eschewed.

This article originally appeared in the Milwaukee Courier.