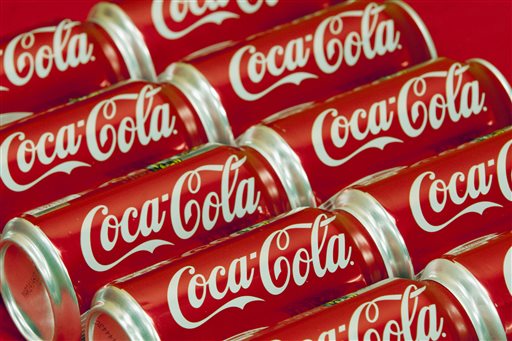 This July 15, 2013 file photo shows cans of Coca-Cola in Doral, Fla. Coca-Cola is taking on obesity, this time with an online video showing how fun it could be to burn off the 140 calories in a can of its soda. (AP Photo/Wilfredo Lee, File)

SACRAMENTO, Calif. (AP) — A bill that would have made California the first state in the nation to require warning labels on sodas and other sugary drinks was effectively killed Tuesday.

Sen. Bill Monning’s SB1000 failed on a 7-8 vote as his fellow Democratic lawmakers doubted whether a label would change consumer behavior. It needed 10 votes to pass.

It was developed by public health advocates using cigarette and alcohol warnings as a model. Representatives of the beverage industry argued that the bill was unfair by not applying to other foods and drinks, including lattes and chocolate milk.

Monning, of Carmel, says warning labels would be the most efficacious tool for educating people about the dangers of sugary drinks.

“Changing behavior is the hardest challenge in the world of medicine,” Monning told lawmakers before the vote. “But you can’t start to even make a commitment to make behavior change if you don’t have the information.”

His bill had support from the California Medical Association, the California Center for Public Health Advocacy and groups devoted to improving the health of minorities. A similar bill introduced in Vermont stalled this year.

Democratic Assemblyman Jimmy Gomez noted that cigarette warning labels were accompanied by taxes and prohibitions on smoking in public places before tobacco use plunged.

“It wasn’t necessarily the labels that changed peoples’ habits, but it was the other requirements,” said Gomez, who represents Los Angeles.

CalBev, the California arm of the American Beverage Association, says it posts calorie counts on the front of many beverage containers as part of a voluntary campaign that started in 2010.

Industry groups also say warning labels may conflict with an upcoming overhaul of the nutritional information labels regulated by the U.S. Food and Drug Administration.

Sugary drinks have been a target of public health advocates who see them as one of the biggest drivers of preventable diseases. Former New York City Mayor Michael Bloomberg pushed a ban on large servings of soft drinks in 2012. A court later struck down the ban after it prompted lawsuits and an aggressive campaign from businesses.

Leaders in San Francisco and Berkeley are considering sending measures imposing a sugary drink tax to voters in November after nearby Richmond rejected such a tax in 2012.

Monning, who previously called for a soda tax, said he would keep pushing for warning labels.