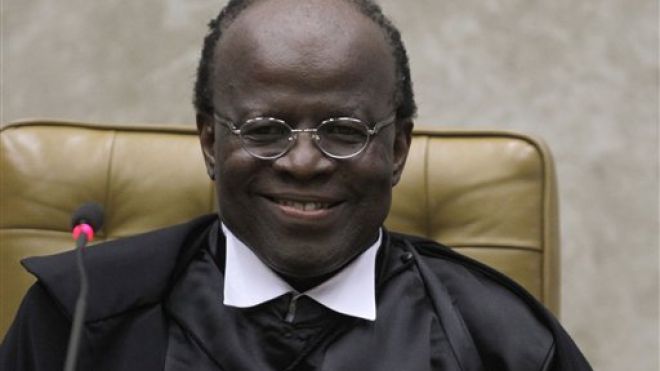 Joaquim Barbosa smiles during his inauguration ceremony at the Supreme Court in Brasilia, Brazil. (AP Photo)

SAO PAULO (AP) — The only black to ever serve on Brazil’s top court presided at his last session as president of the Supreme Court on Tuesday.

Joaquim Barbosa, 59, announced his early retirement a month ago.

Barbosa presided over a high-profile corruption trial in 2012 that sent more than 20 people to jail in a congressional payoff scheme.

The trial made him a household name in Brazil and he was frequently mentioned as a potential presidential candidate, but he said he had no desire to run for elective office.

Barbosa was appointed in 2003 by then-President Luiz Inacio Lula da Silva to be the first black justice on the high court in a country where more than half the 192 million people identify themselves as having African descent.

Ford Says He’s Used “Every Drug” You Can Think of