Boy Scouts Should ‘Be Prepared’ to Stick by its Mission
Advertisement 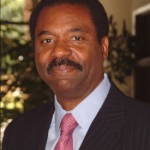 Winston Churchill once said, “to every man there comes a time in his life when he is figuratively tapped on the shoulder and offered a chance to do a great and mighty work; unique to him and fitted to his talents; what a tragedy if that moment finds him unprepared or unqualified for the moment that could be his finest hour.”

The Boy Scouts of America (BSA) was founded on February 8, 1910 and its sole mission was and is to instill in the youth Godly principles and values.  Our policies expressly prohibit, not only homosexuals from membership, but atheists and agnostics as well.  But somehow only the homosexual issue seems to get the attention of the media.

These issues have nothing to do with discrimination, but rather teaching the youth to stand strong for their Godly values.

As a private organization, the Scouts has every right to institute and enforce rules and regulations they deem necessary for the fulfillment of its mission and to uphold the standards on which they were found. Both state and federal courts have upheld the Scouts’ right to have these policies in place (including the U.S. Supreme Court in Boy Scouts of America v. Dale).

I am not a lawyer, but I am a Christian, a parent, and a volunteer.  So, let me discuss these three areas.

His refusal to retract his writings, called the Ninety-Five Theses in 1517, led to his excommunication.  He nailed them on the wall at the Diet of Worms in Germany.  Luther’s refusal was a direct slap at Pope Leo X and the Holy Roman Emperor Charles V.

Luther taught that salvation was not earned by good deeds, but rather received only as a free gift of God’s grace through faith in Jesus Christ.  So, he was called before the Diet of Worms (basically a court) and given the chance to recant.  His response was, “I do not accept the authority of the popes and councils, for they have contradicted each other –  my conscience is captive to the Word of God. Unless I am convicted by scripture and plain reason, I cannot and will not recant anything, for to go against conscience is neither right nor safe. Here I stand. I can do no other, so help me God. Amen.”

As a parent, morals and values positions your child to be a productive member of society.  Parents have to lay down certain boundaries to show a child that there is right and wrong, black and white, up and down.  You don’t give children choices, you give them direction.  Because the Scouts espouse morals and values consistent with mine, many years ago I decided to become a volunteer (Central Region President).  I have given of my time and of my money because I truly believe in the mission of the Scouts.

This is why I have taken such a public stand against the proposed changes to our mission.  Those who feel we are stuck in time are free to create their own organization—with morals and values consistent with their beliefs.  But, please do not attempt to force those of us who want to remain true to the Scouts’ original values to give in to outside pressures—because I won’t and we won’t.

My belief in God and the Scouts’ standing up for Christian principles are not subject to the latest polls, fads, or political whims.

Why should we of faith have to renounce our beliefs in order to make others feel good?  We are not anti-anything, and we will not make apologies for what we believe.  We adults must not lose focus of our mission—to instill morals and values in our kids.

Those who would seek to change our mission should remember that this battle is not about ideology, but about choices.  People choose to join the Scouts with the full knowledge of what our values are. Changing our morals and values is tantamount to creating a new organization.  That is not what I signed up for.

Dave Steward, Central Region President for the Boy Scouts of America, is chairman and founder of World Wide Technology (WWT), a market-leading systems integrator and supply chain solutions provider that is the largest Black-owned business in the U.S., with revenues in excess of $5 billion annually.