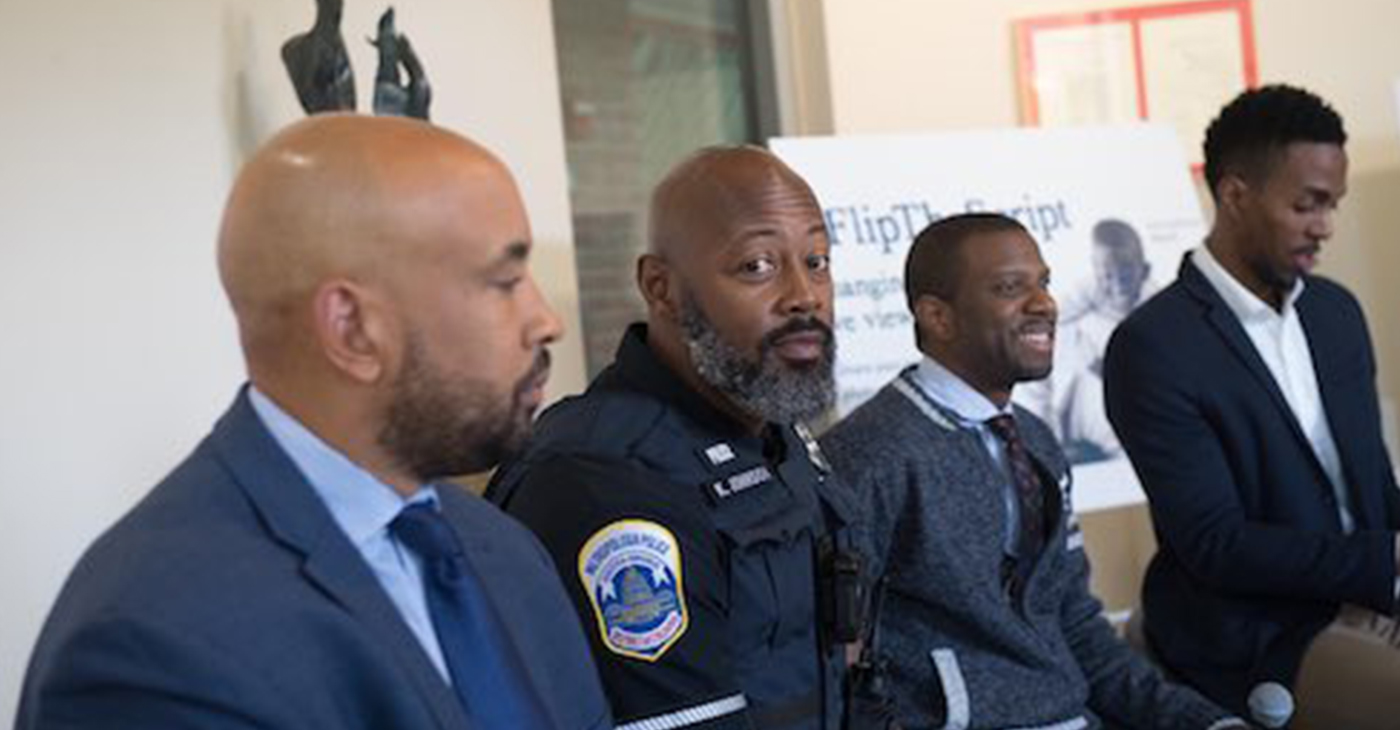 D.C. Mayor Muriel Bowser’s office has launched a visual campaign aimed to dispel the myth of the absent Black father, combat negative imagery of men of color that frequent the media, and highlight the role of fathers in early childhood development.

The #FlipTheScript initiative is a product of the partnership between the Mayor’s Office on Fathers, Men and Boys and the Office of the State Superintendent of Education.

The initiative, which partners with social media influencers to amplify its message, highlights positive imagery of Black and Hispanic fathers with their children on Metro stations, buses and trains throughout the District as well as on social media platforms.

Media over-representation of the association between Black and Hispanic families and criminality can reduce the self-esteem of boys of color, create stress, and aid in conditioning young men to model the stereotypical behavior depicted in the media, campaign officials said, adding that such inaccurate portrayals reinforce implicit biases, especially among viewers with less real-world experiences with Black and Hispanic men.

In addition, studies have also shown the connection between fatherhood involvement as it relates to early childhood development. The role of fathers plays an essential role to early learning and OSSE’s Division of Early Learning encourages father involvement to improve outcomes of children.

For more information, go to https://osse.dc.gov/page/early-learning-programs.

From City Council, to Prison, to Airwaves