Both Sides of the Gun: A Hard Conversation
Advertisement 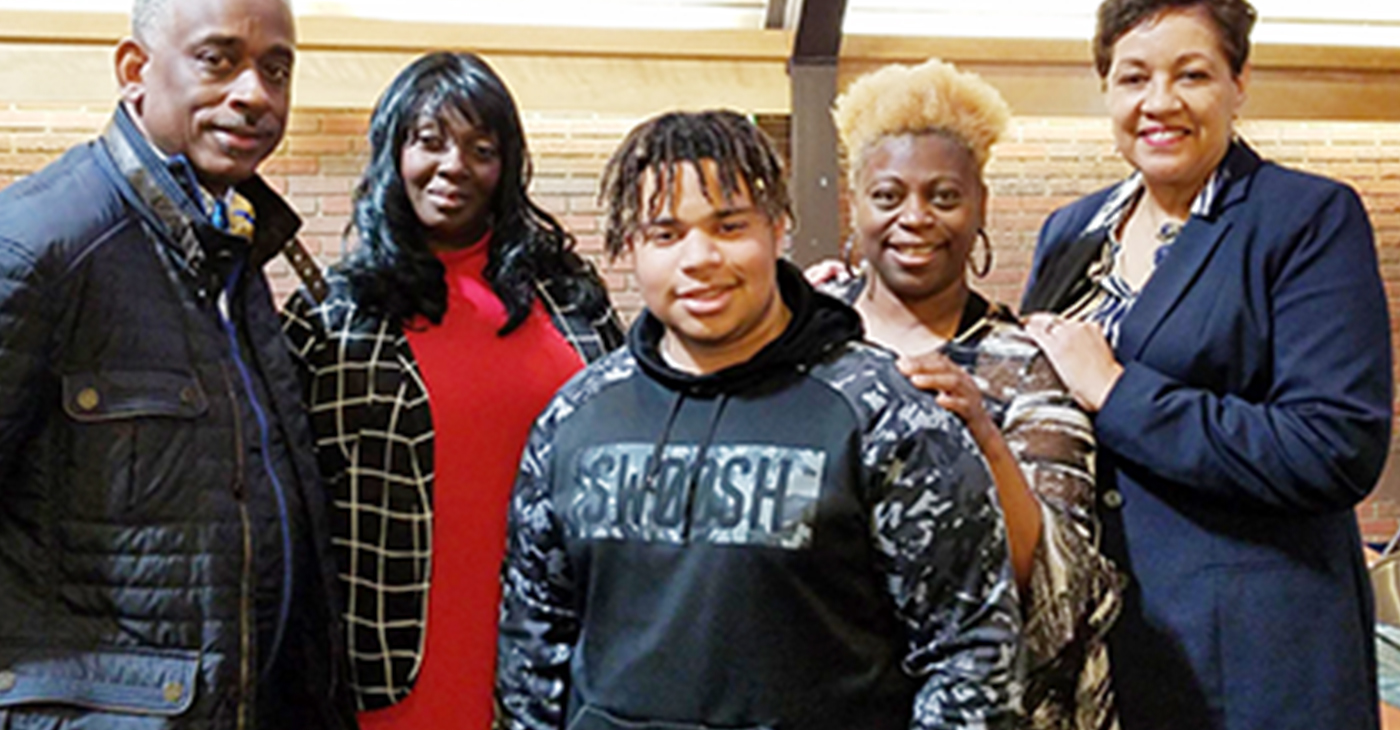 KNOXVILLE, TN — The end of March and the beginning of April were as volatile as the season change itself… Six shootings in the space of 72 hours. Two of the dead, a mother and son.  The senselessness of it all; sadly a precursor to a discussion already in the works: a discussion sponsored by Project GRAD about gun violence.

The statistics presented by  moderator Lakenya Middlebrook were shocking.

According to the CDC (Center for Disease Control) Tennessee is number eleven in the nation for gun deaths. In Tennessee, there are 15 per every 100,000 who die from a gun yearly. Nationwide, there are 100 gun deaths every day. A large number of these are youth and one young man in Knoxville felt moved to express his views and feelings about the effect of these deaths on film.

T’zion Fears-Perez is a tenth grader at Austin-East High School. He created a stark, thought provoking documentary that looks at the effects of gun deaths on family, and community from both the victims side and the alleged perpetrator side. “Both Sides of the Gun”, was created entirely on his phone and the results sparked a very deep and real community discussion.

A diverse group of citizens, leaders, educators, and many others listened as grief counselor Wraquel Brown who works with the students at Austin-East and OBC pastor Daryl Arnold, who has buried many of the young people killed in the last few years; weighed in on the questions asked.

Among the issues discussed were:

The guilt and shame of the families of the shooter, along with the isolation and embarrassment they felt.

The forgotten ones, the siblings of both sides who don’t know how to grieve and the lasting effect on their lives.

The need for acceptance of the fact that Jesus AND therapy are needed. Pastor Arnold reminded the audience that many look to the Pastor to provide all the answers and that is not realistic. He said the stigma of getting professional help must be eradicated.

The need for FREE counseling. Many in the community can not afford to pay counselor fees to help them in the grief process.

The division caused in the community when both victim and shooter were well known and the pain when no one will come forth to say who did it in an unresolved case.

The CDC has officially called gun violence a health epidemic and the panel discussed the need prevention and intervention funding on a level large enough to make a difference .

In closing Ms. Brown remarked the shootings leave unresolved trauma upon a community and Middlebrook said “unaddressed trauma will manifest itself again and again in a negative way.

To view the documentary and to help start a conversation in your area, contact  Ronni Chandler at Project GRAD or Counselor Wraquel Brown at forgetyounottn@gmail.com.

Former Sheriff and Mayor Pens Book About His ‘Legendary Life’