Book Review: 'Between the World and Me' by Ta-Nehisi Coates
Advertisement 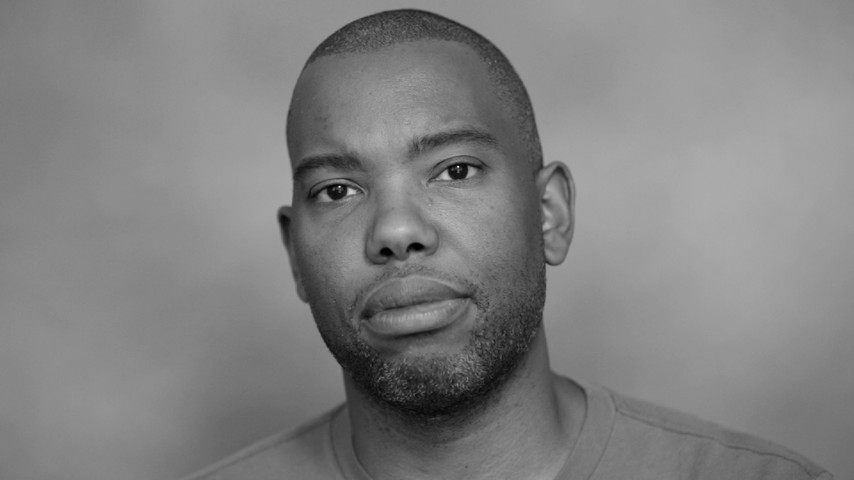 By Herb Boyd
Special to the NNPA

NEW YORK – What is immediately essential for me about Between the World and Me, Ta-Nehisi Coates’ lengthy epistle to his son is that “past is prologue.” But this is less an invocation of Shakespeare or Ralph Ellison’s quote than the way his book summons the work of Richard Wright and James Baldwin, two of Ellison’s most distinguished contemporary Black authors.

The title of the book is taken from Wright’s poem of the same name, a portion of which appears as an epigraph in the book. Baldwin comes into play because, we learn, from a conversation Coates had with his editor Christopher Jackson at Spiegel & Grau to use Baldwin’s letter to his nephew as a template, a blueprint by which to append his message.

Many readers and viewers are convinced that Coates took this advice and ran with it. Nobel laureate Toni Morrison, in her blurb for the book said, “I’ve been wondering who might fill the intellectual void that plagued me after James Baldwin died. Clearly it is Ta-Nehisi Coates. The language of Between the World and Me, like Coates’s journey, is visceral, eloquent, and beautifully redemptive. And its examination of the hazards and hopes of black male life is as profound as it is revelatory. This is required reading.”

Author Isabel Wilkerson is equally impressed that Coates is the Baldwin of our era, “and this is his cri de Coeur. A brilliant thinker at the top of his powers, he has distilled four hundred years of history and his own anguish and wisdom into a prayer for his beloved son and an invocation to the conscience of his country.” The book, she concludes, is “an instant classic and a gift to us all.”

These are heavy endorsements, heady accolades from two eminent, Pulitzer Prize-winning writers but there are a few dissenters who are not ready to place Coates in the literary pantheon and to compare him with the esteemed Baldwin. (Of course, in my opinion all comparisons are odious.) The most notable objection has come from Cornel West. His response can be found on his Facebook page where he charges that Morrison is wrong about Coates. “Baldwin was a great writer of profound courage who spoke truth to power,” West begins. “Coates is a clever wordsmith with journalistic talent who avoids any critique of the Black president in power. Baldwin’s painful self-examination led to collective action and a focus on social movements.”

After citing several freedom fighters, West continues, stating that “Coates’s fear-driven self-absorption leads to individual escape and flight to safety – he is cowardly silent on the marvelous new militancy in Ferguson, Baltimore, New York, Oakland, Cleveland and other places.” It should be noted that West is cited and praised in the book.

West adds that Coates, unequipped with an analysis of capitalism and bereft of collective fightback, “will remain a mere darling of White and Black Neo-liberals, paralyzed by their Obama worship…even the great Morrison is seduced by the linguistic glitz and political silences of Coates as we all hunger for the literary genius and political engagement of Baldwin.” West ends by telling Coates to continue “to lift your gifted voice to your precious son and all of us, just beware the white noise and become connected to the people’s movement.”

Some of that “white noise” has reverberated in effusive reviews in major publications, including the New York Times. Coates’s book continues to maintain a high ranking at Amazon.com, where most recently it only trailed Harper Lee’s To Kill a Mocking Bird that is once again commanding attention as it did in the 1960s.

Professor Michael Eric Dyson, who took West to task in long essay in the April issue of The New Republic, is certainly not part of the white noise. West’s post, he told a reporter, is “a bitter, nasty, sorrowful blue note…despotically and willfully intolerant of the gifts and talents of those who may potentially eclipse him.” Dyson, reprising some of the accusations he made in his article against West, insists that West “doesn’t keep up, he doesn’t read the freshest, newest, most insightful scholarship, nor does he write about it in any serious fashion….”

Once again, the forces of consent and dissent among Black intellectuals, activists and writers are gathering to determine which side you and they are on. This great divide is nothing new among Black leaders and thinkers, and it’s a topic that does not escape Coates’s scrutiny. As if anticipating the current contention over his book, he cites the arguments of the past. “I did not find a coherent tradition marching lockstep,” he said of the sprawling literary canons and ideological positions, “but instead factions, and factions within factions. [Zora Neale} Hurston battled [Langston] Hughes, [W.E.B.] Du Bois warred with [Marcus] Garvey, Harold Cruse fought everyone.”

The reader gathers some understanding of Coates’s intellectual development, his struggle to come to grips with the political passions of the yesterday, which are all the more challenging for a young man less than enthusiastic about the classrooms at Howard University, and relying on the research facility at Moorland-Spingarn. He also devotes considerable time to the ideas of Malcolm X, who is an early avatar, an honest man of integrity who guides and governs his thinking. “If I could have chosen a flag back then,” Coates writes, as if acknowledging the recent controversy over the Confederate battle flag, “it would have been embroidered with the portrait of Malcolm X, dressed in a business suit, his tie dangling, one hand parting a window shade, the other holding a rifle.”

That portrait for Coates embodied everything he wanted to be “controlled, intelligent and beyond the fear.”

Fear, like the Black body and the Dreamers, is a recurrent theme in the book and it like the others are often intertwined in a narrative that seeks to distill a nation built on “looting and violence.” The fear factor, an element that resonated so forcefully in Wright’s Native Son, often takes on a binary mode – that is, the unarmed Black boy confronted by the White cop is both scared and scary. Both are terrified of each other, and this fear, Coates’s observes is something he felt long before his son. “When I was your age the only people I knew were black, and all of them were powerfully, adamantly, dangerously afraid. I had seen this fear all of my young life, though I had not always recognized it as such.”

Baldwin writes of a similar fear in his letter and that “we were trembling. We have not stopped trembling yet, but if we had not loved each other none of us would have survived.” Baldwin invokes the “innocents” that resembles Coates’s reference to the Dreamers, the powers that be, the controllers of Black bodies and destinies. For Coates there is a burden “living among the Dreamers, and there is an extra burden of your country telling you the Dream is just, noble, and real, and you are crazy for seeing the corruption and smelling the sulfur.”

In many respects Coates’s book is an extended essay that after a while the redundancy bogs his intentions, applies the brakes to his screed to the unrealized American creed. The fear that I have is that many of those who level their disagreements have not and will not read the book. One critic who asserts that he doesn’t have any words for Black women should note how many times he evokes rape and the brutal treatment of women.

There are places where he could have used an Afrocentric scholar to help him through a few gaffes such as his incorrect spelling of Kwame Ture’s (Stokely Carmichael) name and the inaccurate titles of Drusilla Dunjee Houston’s book Wonderful Ethiopians of the Ancient Cushite Empire and Dr. Yosef Ben Jochannan’s Africa: The Mother of Western Civilization, which are puzzling when your father is Paul Coates, publisher of Black Classic Press.

We hear that Coates will soon be embarking for France and, to some degree, this will complete the circle back to Baldwin, thereby providing him another opportunity to approximate some of the experiences of the great writer with whom he has been compared.

A Visit to ‘Ground Zero’ in Ferguson to Honor Michael Brown Jr.