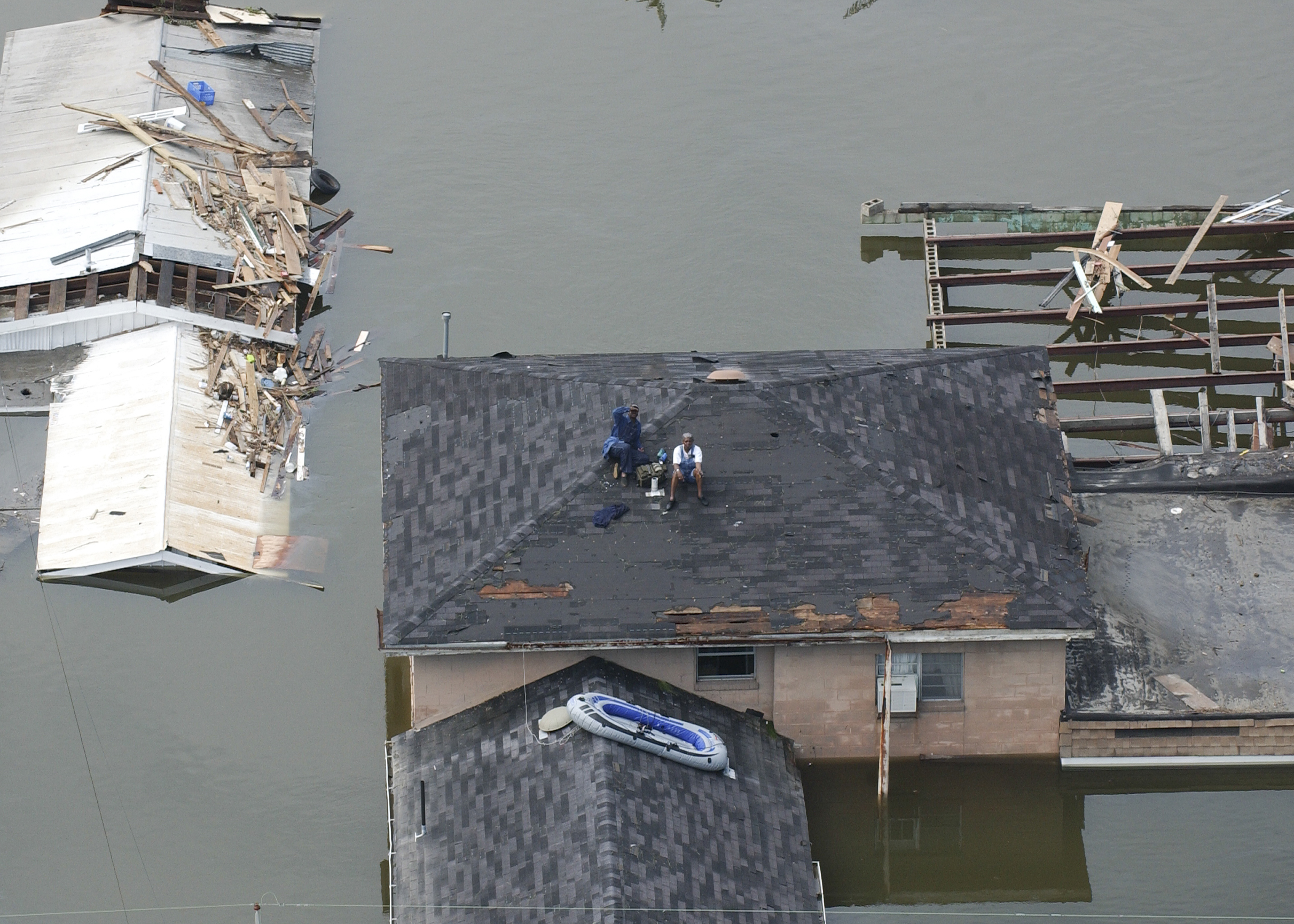 WASHINGTON (NNPA) – As Gulf Coast residents and policymakers celebrated the recovery of the Crescent City on the 10th anniversary of Hurricane Katrina, advocacy groups challenged the narrative of a resilient and better New Orleans by launching KatrinaTruth.org, a website that shows that post-Katrina progress in New Orleans still hasn’t reached poor Black communities.

“Ten years later, the city of New Orleans wants to sell us a bag of bad goods, telling us that the city has gotten better, but unfortunately the recovery and the reconstruction has been uneven and African American families have been left behind,” said Dianis.

On the a telephone call with reporters to discuss the launch of KatrinaTruth.org, Dianis described a landscape dominated by charter schools, dispossession, destruction and gentrification and new businesses that catered to a “new class of wealthier, White residents,” as Black New Orleanians face severe disparities in education, employment, housing and the criminal justice system.

A recent poll by CNN/ORC found that more than half (51 percent) believe that the United States is still vulnerable to a “Katrina-like emergency” 10 years after the storm claimed more than 1,300 lives.

“This is why the myth of resilient New Orleans that the city wants to sell everyone is so dangerous,” explained Dianis. “It is a narrative that paves over the history of Black New Orleans and ignores the true cost of exclusionary, disaster capitalism policies.”

KatrinaTruth.org is a direct response to the wrong narrative of progress espoused by the city’s Katrina10 media campaign and the media that echoes those sentiments, said Dianis.

“In New Orleans, especially post-Katrina, what we’re seeing is nonprofit groups parachuting in, to ‘fix’ New Orleans and to fix our families and to do what they think is best for New Orleans, but this has led not only to the duplication of work but also opportunity for new organizations to ignore the historical struggles that have plagued the Black community,” said Gina Womack, the executive director of Families and Friends of Louisiana’s Incarcerated Children (FFLIC), a nonprofit focused on juvenile justice reform.

Womack continued: “There’s been a racial divide that has always been prevalent in New Orleans, Katrina just highlighted and exacerbated what was going on. We feel like there was desire for Black people to leave the city and not return.”

Womack added that advocates working for New Orleans’ communities most at-risk want people to understand that Black people are being left out of the recovery. The numbers tell the story, Womack insisted.

More than 50 percent of Black children in New Orleans live in poverty and more than half of all Black men are unemployed, according to statistics quoted on the KatrinaTruth.org website. Black women make less than 50 cents for every dollar a White man makes in Louisiana. The median income for Black families in the Crescent City ($25,102) is less than half of the median income for Whites ($60,553).

Mayor Mitch Landrieu, who toured the U.S. inviting displaced residents to return home leading up to the anniversary of Hurricane Katrina, said that billions of dollars have been invested in parks, playgrounds, recreation centers and roads.

KatrinaTruth.org noted that only 11 percent of the families who lived in the B.W. Cooper, C.J. Peete, Lafitte and St. Bernard public housing developments collectively known as the “Big Four,” before Hurricane Katrina flooded parts of city have returned to the rebuilt complexes.

“The Black residents that did make it back have faced neglect and exclusion during the city’s recovery efforts,” said Thomas Mariadason, a staff attorney with the Advancement Project.

Ten years after the levees broke flooding much of the city, and nine years after the city council voted to demolish the “Big Four,” the Black population of New Orleans is still 30 percent lower than it was before the hurricane.

Thena Robinson Mock, project Director of Advancement Project’s Ending the Schoolhouse to Jailhouse Track Campaign, said that the city council had the voting power to go in a different direction, but they didn’t.

In the wake of Hurricane Katrina, thousands of veteran teachers lost their jobs and a deluge of charter schools washed over the city.

The website for the Katrina 10 campaign boasts that 92 percent of New Orleans’ students are enrolled in charter schools and that the Black male high school graduation is 65 percent, higher than the 59 percent national average.

Researchers with KatrinaTruth.org allege that the success that charter schools tout is misleading because charter schools “have failed to accommodate students with disabilities or limited English proficiency, violating federal law and prompting civil rights complaints to federal agencies,” the website said.

There were more out-of-school suspensions in 2013 than the total number of students in New Orleans public schools that year, according to KatrinaTruth.org and more than a dozen charter schools have higher suspension rates than the statewide average.

Womack argued that bussing children across the city to attend charter schools keeps families from being able to actively participate in their children’s school life and it also makes it harder for children to join in extracurricular activities. Womack favored stronger community schools over the ubiquitous charter school system.

“Private charter school boards are not elected by the people, so the voices of parents and [students] are often lost in the decision making process around education,” said Mock.

“There are still a lot of people living the way they were living right after Katrina,” said Womack,. “You still see many people living on the streets. Poverty is rampant and it won’t go away by ignoring it.”

Jamyla Bolden Mourned by Family and Community at Friendly Temple