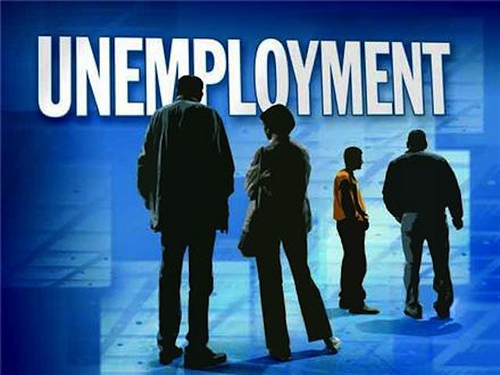 WASHINGTON (NNPA) – The Great Recession has had its greatest impact on African Americans, who saw their net wealth decrease at a rate more than four times faster than Whites, according to a recent report by United for a Fair Economy, a Boston-based research group that advocates for economic equality, Black families are losing ground.

The report titled, “State of the Dream 2013: A Long Way From Home” found that as  White families lost 6.7 percent of their average net wealth from 2007 to 2010, net wealth for Black families dropped by 27.1 percent.

“Wealth disparities, the legacy of white supremacy in the United States, are among the largest, most persistent, and damaging aspects of racial inequality,” the report stated.  According to the report, net worth of White families is more than six times higher than the average net worth of Black families.

Federal policies that compounded the wealth disparities that existed during the Jim Crow era can be linked to rapid expansion of the middle class following World War II.

After World War II, the federal government launched a number of initiatives and public investment programs that contributed to the growth of the middle class – a White middle class. Blacks were often blocked from taking part in those same programs that assisted White families in securing stable jobs and buying their first homes, the report observes.

As civil rights legislation sought to level the playing field during the 1960s, those same programs that aided Whites in acquiring wealth through home ownership began to evaporate.

“Meanwhile, the financial wealth and social capital that had accumulated for the White middle class was transferred from one generation to the next ensuring that the inequalities of the past live on,” the report concluded.

“The [housing] crisis was about people being over-leveraged and communities as a whole carrying to much debt relative to what they owned,” said Tim Sullivan, federal policy coordinator for United for a Fair Economy and co-author of the State of the Dream report.

Blacks keep almost half (48.6 percent) of their wealth wrapped up in their homes, making it harder to access those assets in times of emergency. For White families, the value of their home is 27.9 percent of their total assets.

Because Blacks tied so much of their financial futures to their homes, when the housing market collapsed, their slice of the American Dream collapsed as well.

Whites also held 10 times more of their assets in stocks, bonds and cash in banks than Blacks. This balance enabled White families to weather the crisis better than Black families.

“Federal policies that encourage home ownership as both housing and asset building strategies play a significant role in continuing the wealth divide,” according to the report.

“We should be looking to pull more people up to the middle class rather than giving more benefits to the wealthiest and people that are doing well,” said Sullivan.

Even though the State of the Dream report acknowledges that there are no easy solutions to closing the racial wealth gap, lawmakers ignore the problem at the peril of the nation.

The report offered case studies from Cleveland, Ohio and Austin, Texas where worker-owned business cooperatives have made a positive impact on local communities. Four years ago, the Evergreen Cooperatives in Cleveland were created to combat high unemployment in the city. Now, the worker-owned Evergreen Laundry Cooperative cleans more than 10 tons of linen annually. The laundry business, a solar panel installation service and a greenhouse business, are “thriving” according to the case study.

Regina Massey, one of the worker-owners at the laundry co-op was quoted in the case study.

Young Blacks Have Not Lost Appreciation for Black History

High Graduation Rates Reach 40-year High – But Not for Blacks