Blackonomics: Obama Not Singing ‘You Have a Friend’
Advertisement 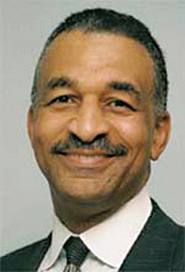 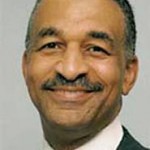 The aphorism, “A friend in need is a friend indeed,” is especially relevant to the conversations being held among Black people vis-à-vis our president and our lack of economic progress in this country. The “friend in need” is the collective of African Americans who overwhelmingly voted for Barack Obama but find ourselves even worse off economically, as Ben Jealous pointed out a few weeks ago, than we were prior to our “friend” being elected to the highest office in the land.

If you listen to the Carl Nelson Radio Show (1450 AM, WOL in Washington, D.C. and woldcnews.com), and you should definitely listen, you have heard conversations regarding whether Black people should critique the president’s actions, or the lack thereof, when it comes to specific Black issues.  Nelson’s show is one of the best on radio and the Internet, with very intelligent callers and astute guests who are engaged in action-oriented solutions to the problems we face in this nation.  The callers’ comments are riveting, passionate, and intellectually stimulating.  They deal with substantive and relevant issues that affect us politically, economically, educationally, and socially, which is probably why so much is being said about our president.

On the question of whether President Obama is doing enough for Black people, there are two opposing sides. But more important is Nelson’s open forum through which both sides can be heard.  Recent callers discussed the economic state of Black Americans juxtaposed against the backdrop of having a Black president.  One caller noted that we are too sensitive about critiquing Barack Obama, specifically on what he is not doing for Black people and what he says to us as opposed to his statements to other groups.  The brother pointed out that we must be willing to engage our “friend,” the president and, in fact, we have an obligation to do so.

The caller ended with a statement related to what I have written about for a while now regarding our involvement in the political game.  He said Black people are too emotional about politics, especially now that a Black man is in the White House.  Our emotions cause reluctance and even fear of saying anything negative or critical about the words and actions of Barack Obama.  And the caller was right on point.

Blacks are the “friend” in the most need, and we are looking for our “friend” in the White House to help fulfill some of our needs.  When some Black people ask, “Is he a friend indeed?” others get uneasy and uncomfortable.  What sense does it make for Black people to celebrate the rise of a Black man to the presidency yet receive little or nothing from that presidency, especially when Black votes played a significant role in making it happen?  The answer is “none.”  But, our emotional involvement in politics keeps us from doing what other groups have always done: advocate for ourselves, especially now that we have our “friend” at the top.

Do Black people have a friend indeed in Barack Obama?  As far back as 2004, when I first wrote about then Illinois State Senator, Barack Obama, I warned us to be careful how we dealt with what was becoming a movement to draft Obama as a candidate for president of the United States.  Here’s an excerpt from that article, just in case you missed it.

“Barack Obama, the new fair-haired child, has recently been crowned as the probable first Black President.  But Obama may turn out to be the Tiger Woods of politics.  Some say Obama ‘transcends race’ because he is not the ‘stereotypical Black man.’  One commentator said, ‘…he is not black in the usual way.’  What in the world does that mean?  Does it mean that he is light-skinned and doesn’t seem too threatening?  Obama is certainly an excellent candidate, but let’s not fall for the game, brothers and sisters.  If he is deemed ‘safe’ then what label will be put on the rest of our Black politicians?  Besides, even Obama will not set us free.  That’s our job.”

Having written several other articles on the implications of having our first Black president, I am even more convinced that I was accurate in my assessment of how we Black people would react to it.  In all my years of working, studying, teaching, speaking, advocating, and writing this column, I have come to know some very basic truisms, one of which is that Black folks must be our own best friends, especially when we are in need.  It is dangerously naïve and just plain stupid to place our “hope” solely in a politician, as Jeremiah Wright observed in 2008.

We must move beyond our discussions of whether Barack Obama is a real friend or a symbolic figurehead from whom we can only derive emotional comfort.  We had better change our conversations and start dealing with the realization that we are on our own, and we must act in accordance with that reality.

Is the Recovery Stumbling or Soaring?