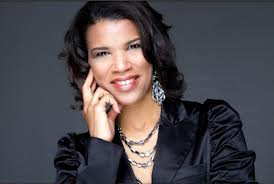 WASHINGTON (NNPA) – After years of being on the rise, the number of Black men locked behind bars in state and federal prisons decreased 9.8 percent between 2000 and 2009 while the incarceration rate for Black women fell 30.7 percent over the same period, according to a new study.

The report, “The Changing Racial Dynamics of Women’s Incarceration,” was issued by the Sentencing Project, a non-profit group that advocates for criminal justice reform.

As the incarceration dropped for African-Americans, the imprisonment rates for White women jumped more than 47 percent from 2000 to 2009 as the number of White men in prison increased by 8.5 percent. Some experts say that the uptick in methamphetamine abuse among Whites is one of several factors contributing to increase in that race’s incarceration rates.

“If we look at the numbers, it seems like the most significant part of the decline for Black women comes through fewer drug offenders,” said Marc Mauer, the executive director of The Sentencing Project.

The report found that women were more disproportionately affected by the ratcheting up of the “War on Drugs” 30 years ago. The adoption of mandatory sentencing policies for drug offenses also ushered in a new wave of non-violent criminals: the girlfriends of drug dealers.

“Since the only means of avoiding a mandatory penalty is generally to cooperate with the prosecution by providing information on higher-ups in the drug trade, women who have a partner who is a drug seller may be aiding that seller, but have relatively little information to trade in exchange for a more lenient sentence,” according to the report.

On the other hand, the boyfriend drug dealers usually had more information to trade and were thus able to negotiate softer sentences than their female partners. Researchers reported that 25.7 percent of women in prison were drug offenders compared to 17.2 percent for men.

One of the most notorious cases that illustrated the “girlfriend problem” involved Kemba Smith, a young college student that never sold drugs, but was found guilty by her association to an abusive, drug-dealing boyfriend. Smith, a first-time offender, was sentenced to 24.5 years in 1995 for conspiracy, money laundering and making false statements. Following a campaign by Emerge magazine, legal assistance by the NAACP Legal Defense and Educational Fund and a public outcry, President Bill Clinton granted her clemency in 2000.

Now, with increased access to drug treatment through community groups and changes in drug policies, the groups that suffered most are now reaping the benefits. In 2000, the report stated, Black women were incarcerated at a rate six times that of White women. By 2009 that disparity between Black women and White women decreased to just less than three to one. The incarceration gap between Black men and White men also narrowed falling 16.9 percent from 7.7 times – 6.4 times the rate of White men over decade.

Because of the study period, it’s unlikely that recent changes to the notorious Rockefeller drug laws and the implementation of the Fair Sentencing Act (that educed the disparity between the amount of crack cocaine and powder cocaine needed to trigger certain United States federal criminal penalties) had any impact on the changing dynamic of the racial makeup in our nation’s prisons.

The Sentencing Project report suggested that increased support for substance abusers and programs geared towards helping ex-offenders return to their communities were likely contributing factors to changes in the incarceration rates.

“These include initiatives such as treatment diversion programs, sentence reduction incentives for participation in prison programming, enhancing reentry support, and reduced technical violations of parole,” stated the report.

States have also turned to closing prisons in an effort to save money.

According to the report: “During 2011 and 2012, 17 states either closed or considered closing prison facilities, with a total capacity reduction of more than 28,000 beds.”

“[The authorities] need to see that women come with more issues than men come with,” said Aasim. “We have to deal with the children, we have to find housing. It hurts us more when we can’t reconnect with our children.”

A 2007 report by the Department of Justice found that Black women stood a 34 percent chance of returning to prison following release compared to 26.4 percent of White women ex-offenders.

“In 1980, about 13,000 women were incarcerated in federal and state prisons combined representing 4% of the total prison population,” the Sentencing Project report found. “Since that time, the rate of growth of women in prison has exceeded the rate of increase for men, rising 646% from 1980 to 2010, compared to a 419% increase for men. As a result, in 2010 there were 112,000 women in state and federal prison and 205,000 women overall in prison or jail; women now constitute 7% of the prison population.”

Aasim said that more programs that focus on helping women drug offenders are needed inside and outside of prison.

The report outlined a number of recommendations designed to help lawmakers tackle the racial disparities that exist in sentencing policies, including the establishment of state commissions to help identify racial disparities in the criminal justice system and to study the impact of current and future sentencing policies on the race and gender makeup of prison populations.

Mauer said that he’s cautiously optimistic about the recent changes in the incarceration rates for Blacks.

“For a lot of people, I think the attitude is that, ‘this is a sad situation and there’s nothing that we can do about that,’” said Mauer. “The [recent trends] show progress and we have an obligation to continue that progress and learn from it, too. So, I hope that policymakers would come away from this with that message as well.”

China in Denial about its Race Problem