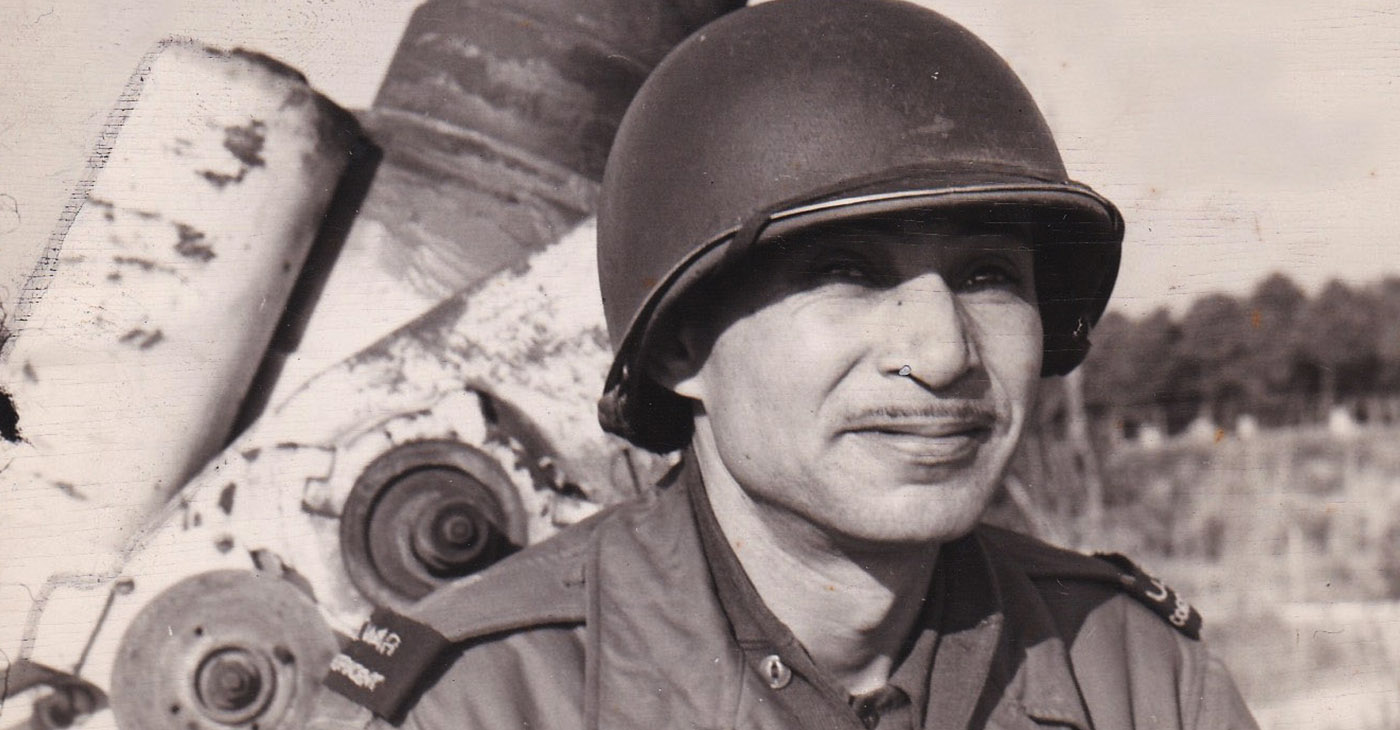 The United States, Great Britain, France and other allies recently observed the 75th anniversary of the D-Day landing on five beaches along Southern France at Normandy on their way to defeat Nazi Germany.

The modern images of the allied leaders, including the U.S. President and other participants, captured by the media at the Normandy Beach event appeared mostly white.

Seventy-five years ago, the mainstream news media and various movies such as “The Longest Day” and others also captured the images of white soldiers valiantly fighting on the sandy beaches against withering gunand cannon fire from the Germans.

But thanks to the written words and imagesrecorded by members of the Black Press who were eye witnesses to the action in Southern France to Berlin, the contributions and valor of Black military men and women were recorded, too.

Along with a quarter million Black servicemen, Black newsmen from the Norfolk Journal and Guide, the National Newspaper Publisher’s Association (NNPA)and the Associated Negro Press (ANP) were on hand to recordthis history left out of the mainstream press then and recently.

Throughout WWII and especially D-Day in 1944, the Black Press dispatched reporters such as the New Journal and Guide’s John Q. ‘Rover’ Jordan and P.B.Young, Jr.,Thomas Young, Lem Graves and the ANP’s Joseph Dunbar tothe European and South Pacific War Zones to cover the exploits of the Black soldiers.

In many of the stories printed on the pages of the GUIDE, one could detect the toneof the accounts indicating that the reporters wanted to make clear that “Negro” soldierswere making significant contributions.

They worked on the ground and the air in combat, in support roles like driving trucks, operating machinery,medical support units, military police, tactical and leading administrative work.

The tone countered the daily newspapers which catered to its white readership, ignoring any significant contributions of the Black Warriors.

“If it were not for those GUIDE and other Black reporters, the story of Black men and women on D-Day or in other areas related to World War II would have beenignored,” said Dr. Henry Lewis Suggs, Professor Emeritus of American History, Clemson University, who is retired now.

Dr. Suggs wrote the biography “P.B. Young, Sr., Newspaper Man.” Young, who founded the GUIDE newspaper after serving as the editor of its predecessor, the Lodge Journal newsletter dating to 1900, was a leading Black media,political and civic leader in Virginia and nationally from the early 1930s until he died in 1962.

Weekly, during the war, the GUIDE published local,state, national, Virginia and Peninsula editions of the newspaper. Each edition included news about the war and the rolesthat Black soldiers, sailors, Coast Guard and civilians played at home and abroad.

The articles not only pointed out the bravery and professionalism of the Black troops, they also noted the heavy number of casualties Blacks suffered in combat.

The stories which were distributed to other Black newspapers also recorded acts of racial bias against the Black patriots.

There were stories of the many cases where Black and white troops worked “shoulder to shoulder” withno tension away from the field of battle and during it.

“In Norfolk, the only source of news Black civilians got about Black soldiers and sailors overseas or at home was from the Black Press,” said Suggs.

Suggs said the contributions of the Black warriors during WWII helped fuel African American efforts after the war to pursue socio-economic and political equality.

Further, the thousands of Blacks who fought in the war, used the G.I. Bill to secure an education and other support to attend Black colleges which helped them grow.

Suggs said that African Americans had their great generation of Black men who participated in the war. They later became the Black lawyers, doctors and educators and other professional and political class whofostered the Black middle class.

“Negro troops did their duty excellently under fire on Normandy’s beaches in a zone of heavy combat,” General Dwight D. Eisenhower, Supreme Commander of the Allied Invasion Forces, declared.

That statement was a greeting sent by the General, fondly known as “Ike” by the Black troops, to the NAACP’sWartime Conference meeting In Chicago held that year. It appeared in the July 15, 1944 edition of the GUIDE under the headline “Eisenhower Proud of Our Troops in France,” verifying history.

It also noted Black leadership’s citing the resistance and their insistance for sending Black Women Army Corps (WACs) to the front. 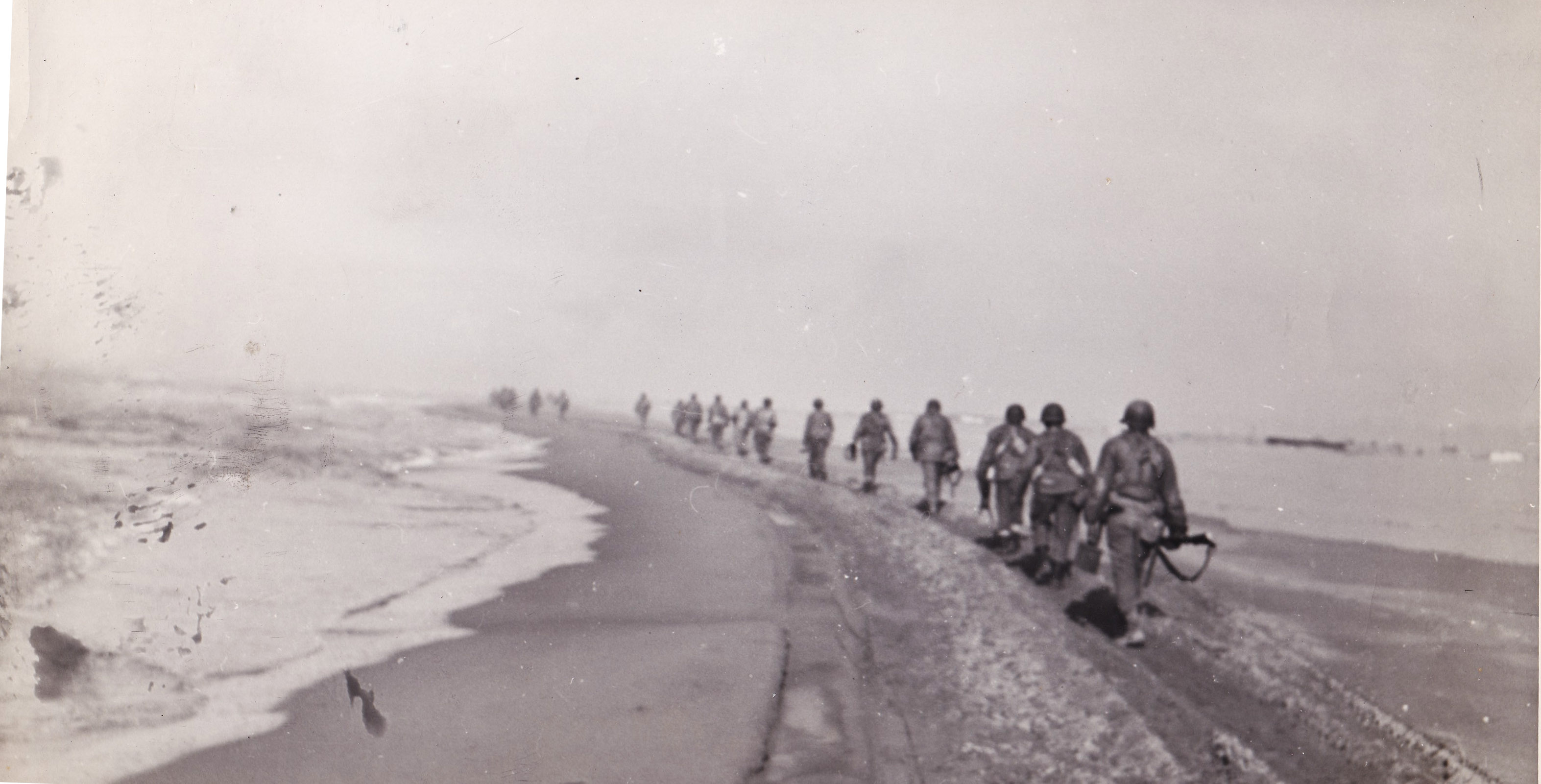 John Q. Jordan, who lived in Portsmouth, worked for the GUIDE as a correspondent before, during and after the crucial landing at Normandy and observed firsthand the activities of Black soldiers.

He also served as a pool reporter, recording and dispatching back bits and pieces of information for white and Black reporters toiling for news outlets sitting onboard ships or on land in England, the main staging areas for the massive invasion force.

During the first hours of operations on the Omaha Beach, Jordan was one of the first journalists to view the action.

He was positioned to peer down at 800-plus of ships sitting or moving in the waters below and the troops scrambling to the beaches.

In an article in the August 19, 1944 edition of the GUIDE, under the headline “Germans Only Attack Negro Group Invasion Day; Rhodes Gets One,” he described those hours of operation.

He described how on D-Day (June 6) weeks after, “Theonly fighter opposition (the Germans) encountered by the formations which flew protective cover for the Armada of heavies (bombers)and medium bombers who blasted a path for the invasion…on the coast of southern France was met by fighter pilots of the Mustang Group under (the command of) Col. Benjamin O. Davis Jr.,” an African American.

Better known as the Tuskegee Airmen, the article described how 2nd Lt.George M. Rhodes of Brooklyn, New York shot down a German plane —the first.

The Black men who manned and operated the huge machines hailed from all over the country, including Little Rock, Arkansas, parts of Texas, and Philly.

“They have been in operations over the whole length of the beach since D-day. These units were formed in Camp Gordon Johnson, Fla. and the first colored company of its type.”

These amphibious ships were used to transport troops and supplies back and forth from the beaches,including taking wounded Black and white men to the awaiting hospital ships.