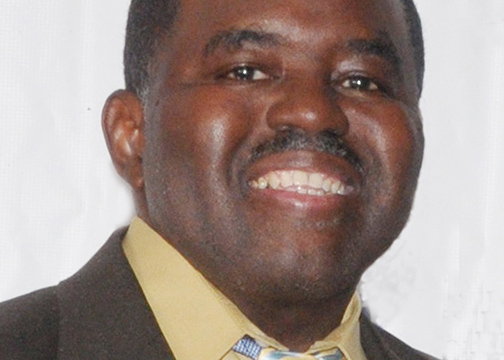 Roger Caldwell says that leaders in the Black-owned media groups are beginning to talk about boycotting, if the major advertisers do not spend more money in our communities.

In the 2016 Florida political campaign, there are millions of advertising dollars in play and Black-owned media companies are the perfect vehicles for driving “get out the vote” efforts in the state. At the present time, Republicans in Florida control the state legislature, the governorship and the administration. With more Democrats than Republicans on the voter rolls in the state, it makes no sense that the GOP controls everything.

During the 2008 and 2012 presidential campaign, President Obama won the Sunshine State in both elections with a Republican governor. That fact proves that moderates, women, and minorities can change the color of a state from red to blue. In order to make this happen in 2016, the Democratic Party in Florida must have strong leadership, and be totally committed to win.

Racism in Florida politics is a reality in both parties, but over 95 percent of Black voters are Democratic. There are two Black-owned media associations in Florida, and they must work together. They must develop a united front with a plan to take to the national and statewide Democratic Party.

The Florida Association of Black Owned Media Inc., which celebrated its 10th year in December 2015, and the newly formed Black Owned Media Alliance in southern Florida are the two Black-owned media associations in Florida. African Americans make up 16 percent of the Florida population, and 2.5 million Blacks are registered to vote in 2016. These Black media organizations should be helping to organize and register another 250,000 Black voters for the 2016 election.

In order to make this happen, the Democratic Party should be spending money with the Black media to educate the Black community in Florida about the different elections, and what they mean. In this critical election year, the Black owned media groups in Florida must collaborate and put pressure on the national and local Democratic Party to not ignore our vote and community.

But, at this time, there are too many Black organizations in Florida such as the Urban League, the NAACP, Nation of Islam, and the Black Churches that appear lethargic and not excited about the election. They are not mobilizing and educating our community, and the Black media is not endorsing candidates and holding them accountable to their promises and platforms. As local candidates see the Black media more engaged in the voting process, they will spend more advertising dollars with the Black media in Florida.

During a media symposium in South Florida last year, Eric Knowles, the president of the Miami-Dade Chamber of Commerce said that only 3 percent or $2.24 billion out of $75 billion spent on television, magazines, newspapers, and radio advertising was spent on media focused specifically on the Black audience.

Knowles said that, “One reason [major advertisers] don’t care about us is because we’re going to spend our money in their businesses anyway.”

Many of the leaders in the Black-owned media groups are beginning to talk about boycotting, if the major advertisers do not spend more money in our communities. Black-owned media companies in Florida for the first time are joining forces and are reaching out to the advertising community to get a larger piece of the pie as a united front. Those business should take the same action when it comes to dealing with the Democratic Party, locally and nationally.

Roger Caldwell is the president and CEO of On Point Media Group, a marketing and public relations firm located in Orlando, Florida. He is a graduate of Howard University in political science. As a stroke survivor, author, and community journalist, his passion is national and statewide politics. Follow him at rogerpoliticalblogs.wordpress.com or e-mail comments to jet38@bellsouth.net.

You Have to Understand Why “Diamond” and “Silk” Support Trump