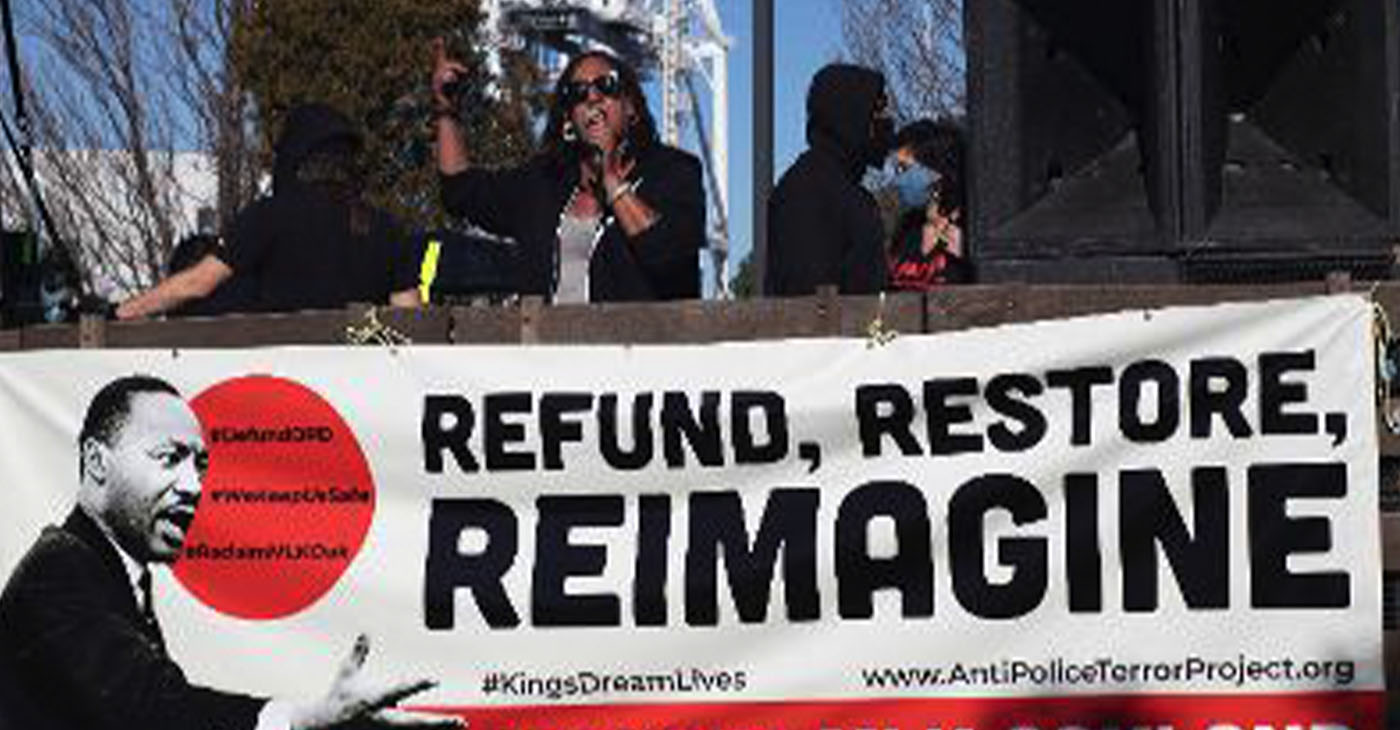 They were in the streets between Los Angeles and Oakland in 2010 training organizers on how to respond to police-resident encounters to ensure that the killing people of color ceased. Instead, they witnessed an increase.

According to Brooks, “We questioned what communities would look like if we did not call the police, and what we learned in the data was the only way to decrease the number of killings was to decrease police presence in our communities.”

Brooks said that the community’s demand for change stemmed from numerous atrocities perpetrated by the Oakland Police Department (OPD) where 11 Black men were killed in one year, and Celeste Guap reported in 2016 that she had been raped and trafficked by 14 law enforcement officers including OPD.

Brooks added, “. . .and there was a definite shift against the police after they gunned down Yuvette Henderson in 2015 for shoplifting. I believe that was part of what gave birth to the ‘Say Her Name’ movement.”

APTP, recognizing the need to create alternative responses, birthed their “Defund the Police” movement. “Even though our Defund the Police campaign drew a lot of negative responses, it was important for people to get together and say their names, to express their rage and talk about, not just the physical impact these killings were having on our emotional health, but the impact of them killing us one after another, and our lack of power to do anything about it.”

Redefining what public safety looked like, APTP engaged Oakland and Sacramento communities with de-escalation training, developing a mental health model that did not involve the police.

“We developed Mental Health First, a First Responders Program, Rapid Response Program, and a Jail Support Program. Our Mental Health First program is an assembly of doctors, nurses and people affected. As people learned about our services our phone began ringing off the hook, from people grateful to have a number to call other than 911.

“The problem is that there’s no place a Black person can go to get long-term care for mental issues. We’re building a clinic where we can hold people for longer than 24 hours. Sometimes a person just needs a warm blanket, some food and to be heard.”

About 40% of the City of Oakland’s general funds go to the police. APTP proposes that the police budget be cut in half and funds instead go to the community and provide 24/7 mental health services in Oakland.

APTP trains MACRO participants and pushed to establish a community advisory board. They work with Elliott Jones, director of MACRO, to replace services the police once provided. The MACRO model is grounded in empathetic service to the community while reducing responses by police.

APTP is continuing to build infrastructure and is looking to hire a statewide advocate to create policy to decriminalize people with mental health disabilities. APTP accepts no government money and is supported by the Akonodi and Rosenberg Foundations, California Endowment, and Lateefah Simon, a BART Board Director, among others.