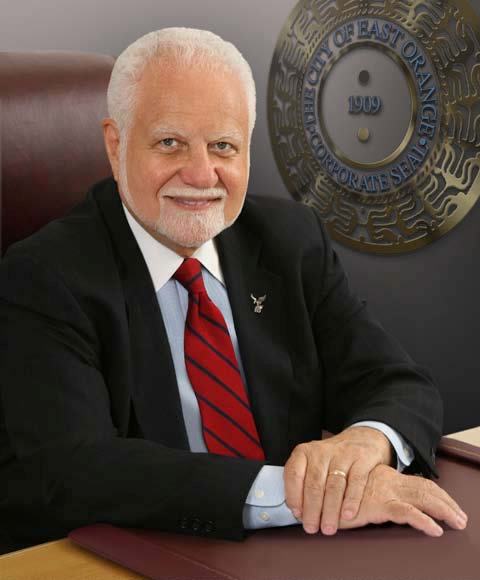 WASHINGTON (NNPA) – With some embarrassing internal issues addressed and its sights set firmly on expanding its global impact, the National Conference of Black Mayors (NCBM) kicks off its 39th annual convention in Atlanta this Thursday.

The theme of this year’s conference is “Restore, Rebuild, Renew.” And perhaps no one can appreciate the need for those three Rs more than Vanessa R. Williams, the association’s executive director and CEO.

Williams, who supervises NCBM’s day-to-day operations, received a telephone call three years ago that caught her by surprise. On the other end of the telephone was an FBI agent. And more surprising than his call was what he was calling about.

“The FBI agent was very pleasant,” Williams recounted in an interview. “He identified himself as being with the FBI and asked if the organization had any accounts in the state of Louisiana. I told him ‘No,’ He said, ‘Are you certain of that?’ I said, ‘I am absolutely positive of that.’ As the CEO of the organization, there’s no way the board would allow that happen. We secured all accounts out of the national office [in Atlanta].

“He re-stated who he was and said there was an ongoing investigation against Mayor Grace and that this was an investigation that had gone on for over two or three years.”

George L. Grace, Sr. was mayor of St. Gabriel, La., a town of 6,777 people about 12 miles south of Baton Rouge. He was also president of the National Conference of Black Mayors. He was such a beloved and respected member of the organization that instead of being called Mayor Grace, he was known as Daddy Grace. But the FBI discovered that Daddy Grace had become a total disgrace – to his city, to the NCBM and to himself.

The FBI discovered that unknown to his fellow mayors, Grace had secretly registered the organization as a Louisiana non-profit corporation in 2005 and renewed the application on Nov. 25, 2009, listing himself as the sole officer. He also opened an unauthorized bank account in the organization’s name.

According to those familiar with the investigation, Grace would contact sponsors, tell them that Williams was about to lose her job in the national office and they should send money directly to him in Louisiana. Because Grace was so trusted and held three keys position – president, treasurer and chairman of the fianance committee – he was able to dupe NCBM for a decade.

Grace was also siphoning off money from his city. He and four other small town mayors in Louisiana were ensnarled in an FBI sting operation.  Grace, 69, was sentenced last year to 22 years in prison, fined $50,000 and forfeited $22, 000 after being convicted of violating the Racketeer Influenced and Corrupt Organizations ACT (RICO), bribery, obstruction of justice, mail fraud, wire fraud, making false statements, and use of an interstate facility in the aid of racketeering. In addition to illegally diverting money from NCBM, he was found guilty of extorting businessmen seeking to do business with the city and required kickbacks from operators setting up temporary housing in his city for victims of Hurricane Katrina.

The most remarkable thing about the organization is how a key group of leaders, placing their personal reputation on the line, rallied to stabilize and then revive the National Conference of Black Mayors.

Leading the charge was Mayor Robert Bowser of East Orange, N.J., its former – and  soon to be future – president.

“Mayor Bowser was the president before, he got the organization in the black and then had to come back and rescue it again,” CEO Vanessa Williams said. “When everything happened with Mayor Grace, we needed someone who knew the organization. He was the one who preceded Mayor Grace.”

Also in the forefront to reclaim the NCBM was Kevin Johnson, mayor of Sacramento, Calif. and first vice president. Johnson, who is expected to be elected president of the group in Atlanta, told Williams, “I am here and I am going to be here for you.” And he was.

Surprisingly, about a half dozen long-time corporate sponsors – including Coca Cola, John Deere, Comcast, AT&T and United Water – did not abandon the Black mayors in their time of need. Some reduced their funding, waiting to see how the organization would rebound, but at least one increased its sponsorship dollars.

In a statement issued last week, the mayors said: “The Board of Directors of the NCBM realizes that these unfortunate events have not only unfairly harmed the organization, they have also created financial hardships for some of our valued friends and vendors. Like many Fortune 500 companies have done, we could have sought the protection of U.S. bankruptcy laws, thus drastically limiting our financial obligations. However, that is not the path we have chosen to take. All vendors who have done properly authorized work with or for us will be paid in full. We deeply apologize for the inconvenience and thank you for your forbearance thus far.

“We are on target to repay at least 80 percent of all outstanding debts within the next 30 days and the remainder by the end of this year. Because the diverted money went to Mayor Grace and not to the NCBM, our legal counsel is working closely with the IRS to determine the extent of our financial liability under the U.S. tax code. Once that issue has been resolved, we anticipate entering an agreement with the IRS to make sure that every cent owed by NCBM is paid.”

After failing to hold a national convention for three years, the Black mayors resumed having national conventions last year. In those struggling  three years, the group expanded its international presence, which may hold the key to its future success. Williams has seen the organization grow from  682 Black mayors in the U.S. to more than 26,0000 worldwide. At least 300 mayors are expected to attend the convention from abroad, most of them from Nigeria, Senegal, Uganda, Columbia and throughout the Caribbean.

For the first time in months, Williams, who agreed to work pro bono during the toughest financial stretch, is upbeat and smiling.

“You can’t prove the folks who left right,” she said. “We’re going to fight through this and say, ‘With God’s help, this, too, shall pass.’”

AUDIO: Adrian Peterson ‘Not With’ Gay Marriage Despite Having Gay Relatives