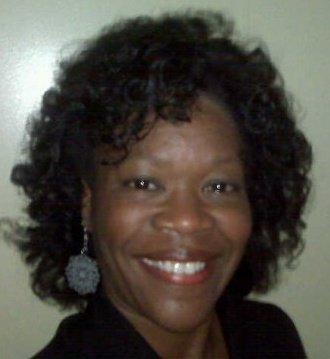 Whitney Richards Callathes – a young person navigating the difficulties she confronts as a woman of color and an undocumented immigrant completing her education – has an added responsibility. She is the primary caretaker for her incarcerated uncle. Whitney shared her story about how this additional burden has affected her life at a town hall meeting held last October hosted by the African American Policy Forum (AAPF) and Girls for Gender Equity. She explained:

[This] adds undue pressure in our own lives, right? Potentially pushing us out of school, forcing us to get second, third jobs, and working late into the night, while we are still responsible for caretaking, right? And often times, it isn’t considered or looked at as a burden or gendered form of oppression because we are expected to do it, right? It’s women’s work. It’s supposed to be a labor of love…and even when we ask for help, there is often little help to be provided.

On top of experiencing racial inequities that parallel the ones confronting men and boys, women and girls of color face unique challenges because of their gender. Whitney’s story illustrates how gender-specific factors function to exacerbate the effects of systemic forms of racism. Yet, traditional conceptions of racial justice consistently ignore these sorts of concerns.

In response to the erasure of these concerns, AAPF released Black Girls Matter: Pushed Out, Overpoliced and Underprotected last month.  This report sheds light on the barriers to success that Black and other girls of color encounter in the New York and Boston public schools. Toward this end, it assesses the impact of excessively punitive disciplinary policies on girls of color. In so doing, it demonstrates that the racialized risks associated with unduly harsh disciplinary measures and the school-to-prison pipeline are real and substantial obstacles for girls as well as boys.

The report pushes back against the popular narrative that only boys of color are seriously at risk in this arena. It illuminates the gender-specific obstacles such as pregnancy, sexual harassment, and caretaking responsibilities that can disastrously undermine the performance of girls in school. These concerns, however, are largely absent from the public discourse on the challenges confronted by youth of color.

One of the greatest impediments facing girls trying to stay in school is pregnancy. Pregnancy and teen parenting often disproportionately affect the lives of teen mothers, and can dramatically alter how their teachers and fellow students treat them. One girl interviewed for the AAPF report noted that  “you can be the father of three in the 9th grade, and at the end of the day no one really cares, but if you’re a girl, you know, those children are with you, they are seen.”

The National Campaign to Prevent Teen and Unplanned Pregnancy found that because of the additional responsibilities of childcare, only half of teen mothers finish high school by the age of 22, compared to 89 percent of girls overall. Moreover, the report reveals that there is a lifelong income gap for those without high school diplomas that is greater for women than for men.

Another major risk facing girls of color in and outside of school is sexual abuse. A 2011 study by Black Women’s Blueprint found that close to 60 percent of Black girls are victims of sexual assault by the age of 18. But, schools often fail to appropriately respond to or prevent this form of abuse.

Recently, two girls in sixth-grade in the Bronx alleged that they were sodomized for two hours; and no one had even bothered to look for them during that time, though they had missed two class periods. Afterward, rather than consent to the girl’s request, the school administrators decided they would not suspend the boys in question unless their accusers participated in a hearing where the boys would be present, a situation that would only further terrify them.

When even your teachers and school officials treat you with profound disrespect, Black and other girls of color may come to see themselves as unworthy of success. While White girls living in poverty may also experience some of the same societal ills, they do not face the same debilitating racial stereotypes. Our challenge, then, is to assure that all girls are viewed with respect and nurtured in a way such that they come to understand that they are worth investing in.

To accomplish this objective, we must lift up the voices of these girls, listen to their stories, and center their concerns at the heart of our vision of racial justice – a vision that should be inextricably linked to innovative large scale programmatic initiatives that target the concerns of our girls as aggressively as those developed to meet the needs of our boys.

Lisa Gissendaner is the Young Scholars Program Coordinator for the Office of Diversity and Inclusion at Ohio State University. She sits on the Board of Education for Canton, Ohio. Throughout her career, Gissendaner has worked to make education a positive, empowering experience for all young people.

Child Watch: Make Me a Woman

Getting Black Athletes to Use Black Agents