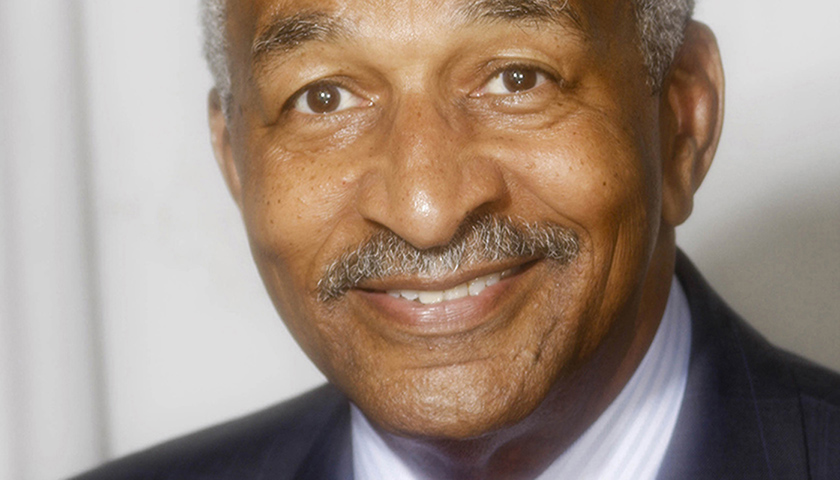 And at the end of the movie, Scotty said to Nino, “This ‘is’ personal,” as he proceeded to give him a beatdown. Well, this article is both personal and business. It’s a call to the Alphas, Omegas, Kappas, Sigmas, Deltas, AKAs, Zetas, Thetas, Iotas, known as the “Divine Nine,” and the fraternity I was apart of back in the 1960’s at North Carolina College at Durham (now North Carolina Central University), “Groove Phi Groove.”

The latent collective power within these organizations is mind-boggling. Their members are conscientious, which is demonstrated by their friendship and loyalty to one another. They rally around their members during crises; they support one another when they get married and have children; they work together, locally and nationally, on community projects across this country. They even formed a national collective organization, The National Pan-Hellenic Council, Inc.; the group’s stated purpose and mission is “Unanimity of thought and action as far as possible in the conduct of Greek letter collegiate fraternities and sororities, and to consider problems of mutual interest to its member organizations.”

I especially like the part about “mutual interests.” I know it’s a hard question to answer, based on our individualistic and proprietary approach to solving many of our problems, but what are the mutual interests among not only sororities and fraternities, but all Black organizations? Is there one thing that all of us can and should do together without compromising our various missions and such? I believe there are several things we can do together, but reality tells me that all Black people will never do any one thing together. So in light of that reality, we must come up with something that is simple yet powerful and will demonstrate our collective resolve, not just to the world, but to ourselves and our children. Keep in mind I said, “Simple.”

On the business side of things, this is a call—a challenge—to each member of the abovementioned Black, proud, historic, and venerable organizations to purchase at least one bag of Sweet Unity Farms Tanzanian Gourmet Coffee. The coffee is grown by family co-ops founded by Jackie Robinson’s son, David, twenty years ago. April 15, 2017 was the 70th anniversary of Jackie Robinson breaking the color barrier in major league baseball; we can break the economic barrier by collectively propelling his son’s company to unimagined heights by purchasing his coffee. In case you didn’t know, Jackie Robinson went to work for a coffee company when he left baseball.

On the personal side, Black folks are taking an Ice T beatdown like Wesley Snipes received, only ours is an economic beatdown, much of which we are doing to ourselves by not supporting one another more than we do presently. What could be more personal than family? Again, one simple solution is for our Black sororities and fraternities, comprising millions of members around the world, to take this challenge personally and buy at least one bag of David Robinson’s coffee, a fitting tribute to his father’s legacy. By doing so, the world would witness a Black- owned company, operating in Africa and the U.S., become a billion dollar firm virtually overnight, all because a group of conscientious Black folks individually spent a very small amount of money on a Black owned product. A veritable, Black economic renaissance.

After accomplishing that simple goal, we could repeat it hundreds of times with other Black companies, thus, creating larger firms that have so much business they would have to hire more employees. In the words of the soul singing group, Atlantic Star, “Am I dreaming?” Maybe I am, but it’s a great dream, and I pray it will come true.

From what I observe among our social organizations, members of sororities and fraternities are the most conscientious; therefore, I am calling on the Presidents of the Divine Nine to spread the word to their members to take this simple action step toward economic empowerment. In addition, I want all HBCU student associations, Greek Letter organizations, and individual students to insist that their cafeterias serve Sweet Unity Farms Coffee. Now that’s really a no-brainer, isn’t it?

As I said, this is both personal and business, and I truly believe that our Black sororities and fraternities can make it happen. With a little bit of money from a lot of people, we can accomplish a very personal and business milestone, one that our youth can look upon as an example of Blacks utilizing our latent power rather allowing it to sit on the shelf and eventually expire. Order your coffee at http://www.iamoneofthemillion.com (Click on the products tab.) No excuses, y’all. If you don’t drink coffee, give it as a gift to someone who does. C’mon, let’s do this.

James Clingman is the nation’s most prolific writer on economic empowerment for Black people. His latest book, “Black Dollars Matter! Teach Your Dollars How to Make More Sense,” is available on his website, Blackonomics.com.

Environmental Justice Must Be a National Priority