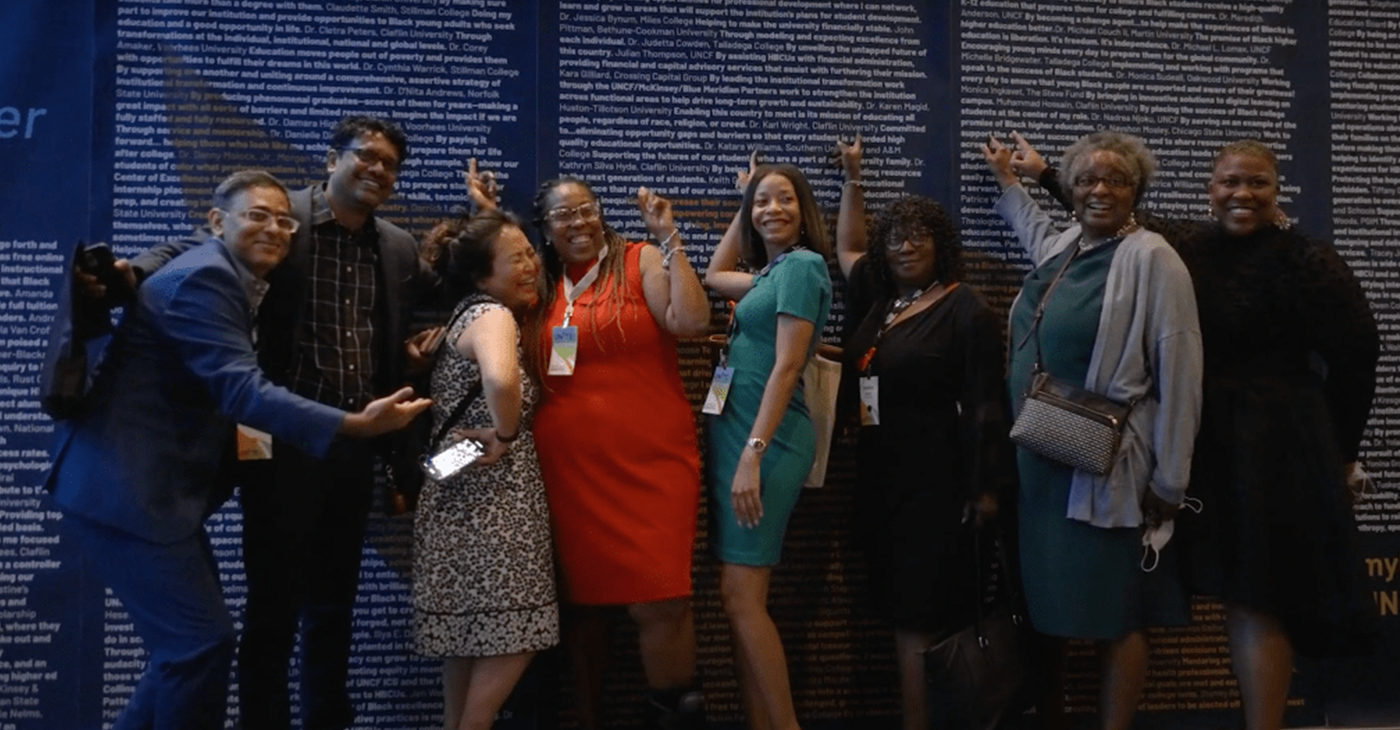 By Madeline Thigpen, The Atlanta Voice

Throughout the conference, HBCUs were highlighted and celebrated for the impact they’ve made on the lives of Black Americans.

Dr. Michael Lomax, president and CEO of the UNCF, reminded the conference of the importance HBCUs have played throughout American history, but especially during the Reconstruction and Jim Crow eras.

“Those institutions still gave one of the most important tools that any people can have, and that is the ability to read, to write, to learn, to develop… and to keep striving,” said Lomax.

The panel focused on how HBCUs can serve as an anchor for Black communities, by highlighting the ways Black colleges and universities serve communities beyond providing an education. Black scholars and academics at HBCUs serve as a means of educational enrichment to each other, and often serve as an integral means of support to one another.

Panelists also discussed the cultural significance of HBCUs, as a place where marching bands have flourished and where the next generation of musicians have been trained.

At the conference, UNCF also shared a message from Claflin University student government president Lauren Tolbert, who spoke about how HBCUs enrich the lives of more than just the students who attend. She also said that as an African American studies major, she has learned a great deal about the injustices Black people have faced in this country.

“Going to an HBCU for me was really important because I wanted to be in an environment that was built for me to succeed,” said Tolbert.

Next year’s conference has already been announced. UNCF will hold UNITE 2023 from July 17-20, 2023 at the Hyatt Regency Atlanta.

The post Black educators and leaders gather in Atlanta for UNCF’s UNITE 2022 appeared first on The Atlanta Voice.