Beyond the Rhetoric: A Tale of Two Presidents
Advertisement 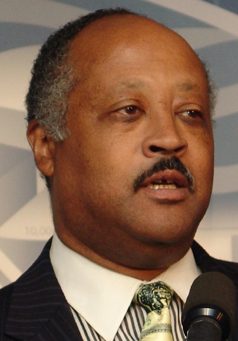 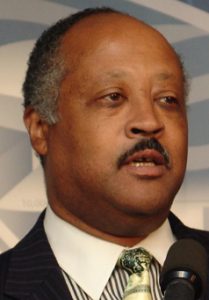 Harry Alford is the president and CEO of the National Black Chamber of Commerce.

The contrast between the attitudes of China’s President Xi Jinping and our President Barack Obama is absolutely shocking.  President Xi is straight up about business.  In fact, he is very aggressive.  President Obama seems to be reticent about the issue.  In fact, he can be arrogant and cavalier as if trade and investment don’t really matter that much.  Let’s take a look at their Africa trips this year.

President Xi wasted no time in recognizing the importance of doing business in Africa.  After being in office for two months, he made a visit to Africa his first overseas trip as president.  He visited Tanzania, South Africa and the Congo.  He came back with 17 major business agreements.  While in Tanzania, he publically stated his concerns about a big trade imbalance (in favor of China) and assured that his nation will be conscious of doing business on a level playing field with African nations.  He concluded, “Africa belongs to the African people.  In developing relations with Africa, all countries should respect Africa’s dignity and independence” he added.

From there he went to South Africa for a very important business conference. China has a seat on the BRICS Summit – which is composed of Brazil, Russia, India, China and South Africa.  Their mission is to form a multinational lender that will rival the World Bank and focus on developing nations.  They plan on “slinging” money and develop a growing influence especially in second and third world nations.  The summit was in the beautiful city of Durban.

And from South Africa, President Xi went to the mineral rich Congo.  Former Chinese President Zhou Enlai once stated, “Whoever has the Congo and its neighboring nations will rule the world.”  China still believes in that claim.  No other nation in the world is doing more business in this war-torn nation than China. It buys more than 200,000 barrels of oil every day from the Congo.  China’s strategy is to monopolize the precious minerals of the world.  The two richest nations in precious minerals are China (itself) and the Congo.  In fact, all of central Africa is loaded in precious minerals and the vast majority of the mining is owned and operated by Chinese companies.  His maiden voyage to Africa has indeed been successful from a business perspective and that is the only perspective President Xi was concerned with.

China trade with sub-Saharan Africa is worth more than $200 billion per year.  China is now investing in African projects at the rate of $20 billion annually.  That is about to increase as it just closed on a $3 billion deal with Nigeria at the rate of just 3 percent for increased infrastructure projects.  When China lends to African nations, it does it without rigid conditions such as no corruption, democratic restrictions and poverty reductions like western sources do.  It is just straight business and the African nations find it so friendly.

Now let us look at President Obama.  He made his first trip to Africa in 2009.  It was a 24 hour whirlwind visit to Ghana.  He checked out a slave castle, shook a lot of hands and had some meetings.  Business was not discussed.  This year he visited Senegal, South Africa and Tanzania.  The cost of the trip is estimated at $100 million.  The Huffington Post claims that a family of five  would pay about $50,000 for the trip, including safaris and hotel/air fare.  What did Obama do for business?  He claimed he is working on a $6 billion utility plan (not definitive or absolute).  That’s nice but is that all we have to propose?  We are the richest nation on earth and all we have to announce is one project.  China is running circles around us in Africa.  So is India, Turkey, Italy, Malaysia, Japan and many other nations.  You would think that with a Black president we would be picking up the pace exponentially.  His press aides made an announcement that he met with General Electric, IBM and Coca Cola during his trip.  Heck, those three corporations have been in Africa for decades.  Mr. President, where is your plan for Africa if you have one?

Soon, as it builds out its infrastructure and develops its markets, Africa will have 80 percent of all farmland in the world.  When it learns how to process its own minerals and to recycle its new dollars with other African nations, it will become a continent to envy.  Those nations that see this coming are building up their business relationships with all African nations.  It will be a pity if we don’t understand that doing viable business with Africa is a matter of our national security and economic well-being.

To Be Equal: The State of Black Men – Part 1

It is Past Time to Confront the Obama Administration