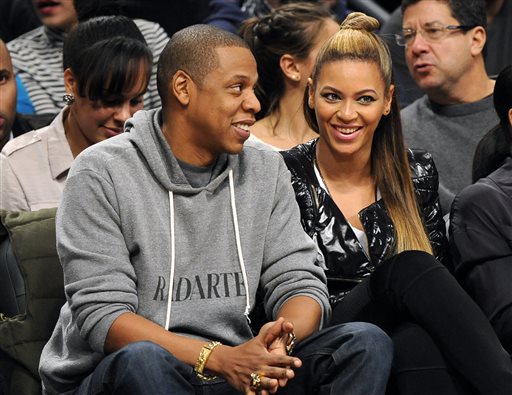 This Nov. 23, 2012 file photo shows entertainers Jay Z and his wife Beyonce at the Brooklyn Nets against the Los Angeles Clippers NBA basketball game at Barclays Center in New York. The couple will launch the co-headlining “On the Run Tour” on June 25 in Miami. (AP Photo/Kathy Kmonicek, File)

NEW YORK (AP) — Beyonce and husband Jay Z will launch the co-headlining “On the Run Tour” on June 25 in Miami.

Beyonce and Jay Z have collaborated on a number of songs, including the hits “Crazy In Love,” “’03 Bonnie & Clyde,” ”Deja Vu,” ”Part II (On the Run)” and the recent smash “Drunk In Love.”