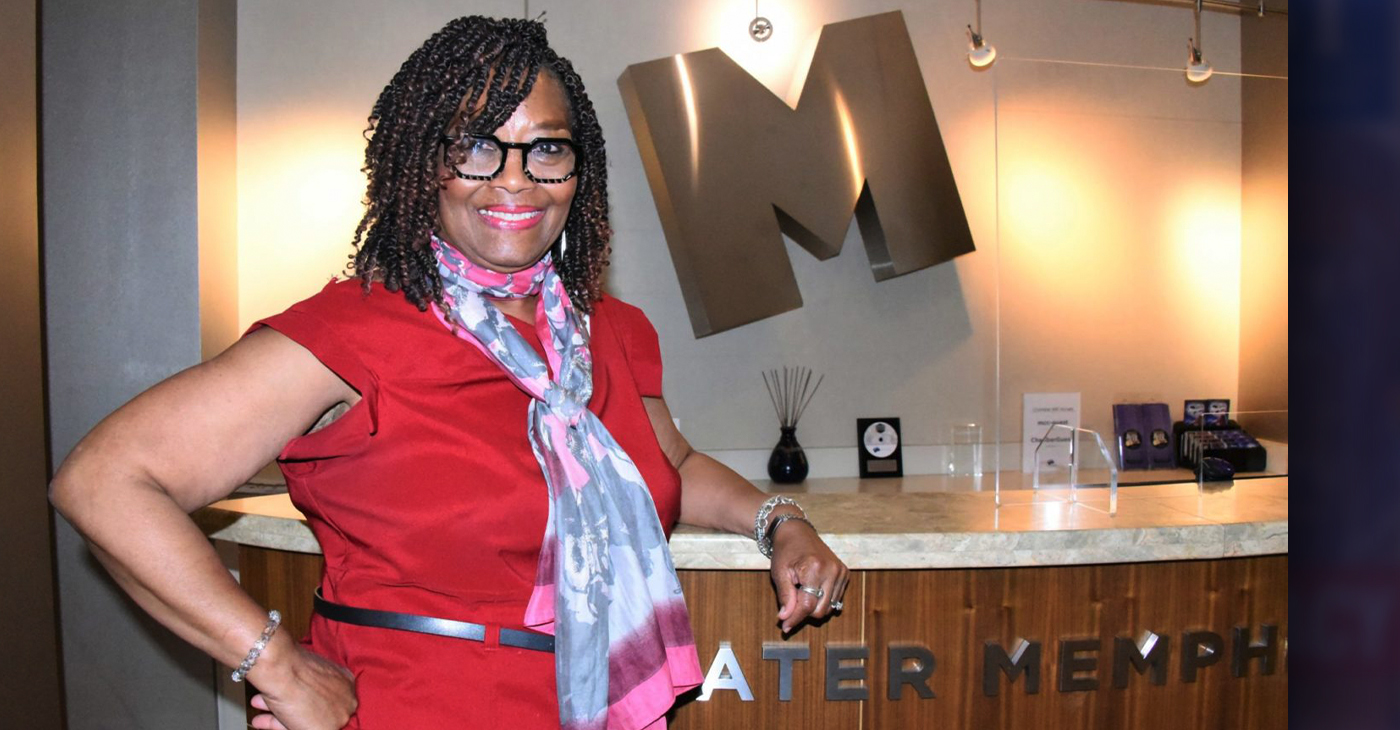 Beverly Robertson, president and chief executive officer of the Greater Memphis Chamber, knows “when it’s time to say when.”

And for the first Black female president of the 184-year-old organization, that time is now.

Robertson recently announced she would be stepping down from her role as head of the chamber in December to focus on TRUST Marketing, the communications firm she founded with her husband, Howard Robertson.

Robertson took the helm in 2018 after the chamber’s then-president and CEO Phil Trenary was shot and killed Downtown. 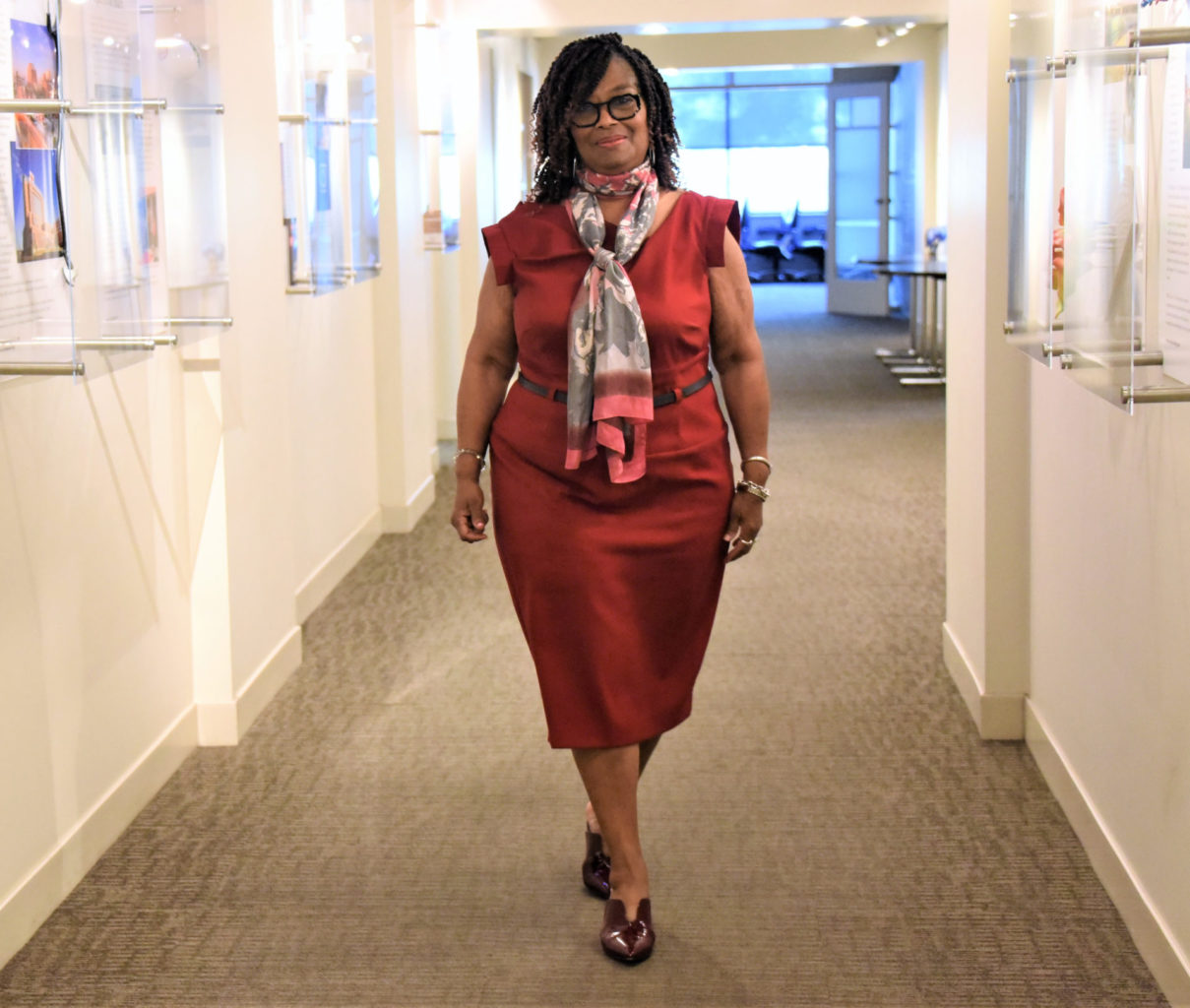 “I’d never thought that this would be an opportunity for me because historically, no Black woman had ever held the position,” she said.

In four years, Robertson has proven she is the woman for the job — her leadership withstanding uncertain times amid the COVID-19 pandemic, national social unrest, and political division.

“This was both a mission and a job for me because I wanted to make sure different voices were heard and different people were brought to the table,” she said. “Now because I have done those things and seeded that foundation. I have done what I came to do. I know when to say when.”

Her list of chamber accomplishments includes stabilizing the chamber’s finances despite the pandemic, weaving ‘prosperity for all’ into its DNA, and leading the creation of the Small Business Resiliency Playbook to help local businesses navigate crises like COVID-19.

In 2021, the Greater Memphis Chamber celebrated the best year in its history for economic development and the best fiscal year ever due to Robertson’s extensive fundraising efforts.

While these are significant accomplishments, Robertson said her proudest moments include the launch of ‘From Protest to Progress’ to bring together businesses, activists, and clergy to solve issues impacting Memphis.

It’s a city that is dear to Robertson, who was born and bred in Orange Mound. She considers her upbringing one that was “spiritually rooted,” crediting her family for laying a solid foundation.

She also acknowledged the educators in her life who were instrumental in her success — their impact extending beyond academics.

“Education was our way up and out,” Robertson said. “I had parents who anchored me before I got to school, but I had loving educators who instilled those values in me as well.”

Robertson graduated from Melrose High School and then attended the Memphis State University (now the University of Memphis).

After graduating, she began a career in education before moving to Holiday Inn Worldwide, where she worked for 19 years, eventually becoming acting vice president of marketing communications.

“You know, my father used to always tell me that there is nothing that I couldn’t do,” Robertson recalled. “As a result, I’ve always had high expectations for myself and what I could do.” 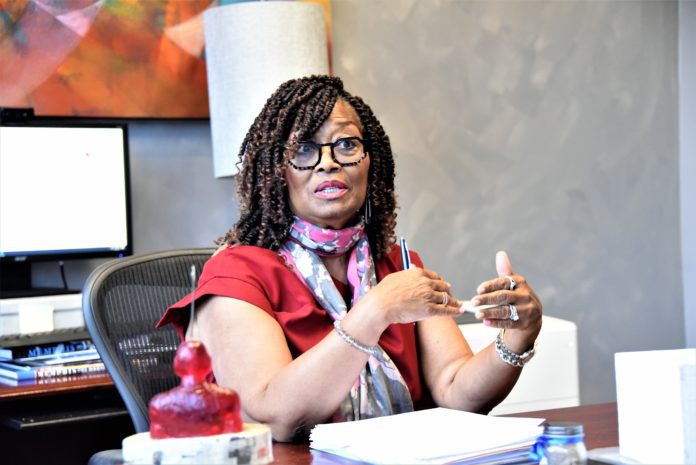 Beverly Robertson is moving on from the Greater Memphis Chamber, where she has served as president and chief executive officer since 2018. (Photo: Gary S. Whitlow/GSW Enterprises/The New Tri-State Defender)

The evidence of this belief has been shown in her list of achievements, and the respect garnered along the way.

Ted Townsend, the chamber’s chief economic development officer, who will succeed Robertson after steps down, acknowledged her impact.

“Greater Memphis, the Chamber, and I all owe Beverly a debt of gratitude for the work she has done to put inclusion and diversity at the heart of the chamber’s work,” Townsend said. “Memphis has momentum and it’s about to get even better.”

Robertson, who expressed her confidence in Townsend to lead the organization, agreed that excitement surrounding Memphis is growing, bringing in more people and businesses to propel economic growth.

“You can see the energy in Memphis if you just look at who’s coming and where they are coming from,” Robertson said. “This shows you the capacity, excitement, and enthusiasm of people looking at Memphis and seeing it as an option. The growth of Memphis is here.”

Robertson, who considers it her duty to pour in younger generations of professionals, said it’s time to let them thrive.

“All too often we don’t know when to say when and allow the next generation to get on board and get engaged,” she said. “We have to prepare them.”

The Greater Memphis Chamber launched a data-centric center to aid in career preparation. The center also will seek to make the region more competitive for transformational projects, like Ford’s Blue Oval City, which anticipates bringing more than 6,000 jobs to the West Tennessee area.

The electrical vehicle manufacturing plant will be in Haywood County, about 45 miles east of Downtown.

To fund economic development work that includes career prep, Robertson plans to spend her remaining time at the chamber raising $10 million to $15 million to dedicate to the efforts.

As she leaves behind a legacy of impactful work, the next chapter for the wife and mother of three still will include contributing to the city’s growth, but this time with more flexibility to her schedule and through Trust Marketing, alongside her husband.

Robertson said seeing the city thrive will always be a priority, even if she’s working in a different capacity.

Asked about her love for the city she calls home, Robertson credits its residents.

“The beauty of Memphis is its people. Memphis has the best people in the world, who expect you to do great things. And when that expectation is there, you can’t help but to live up to it.”

With decades of work through the National Civil Rights Museum and most recently at the Chamber, many who have worked with Robertson or noted her list of contributions would agree that she has done more than live up to the expectations. She has exceeded them.

This article originally appeared in the New Tri-State Defender.

Biden Calls for the Suspension of Gas Tax