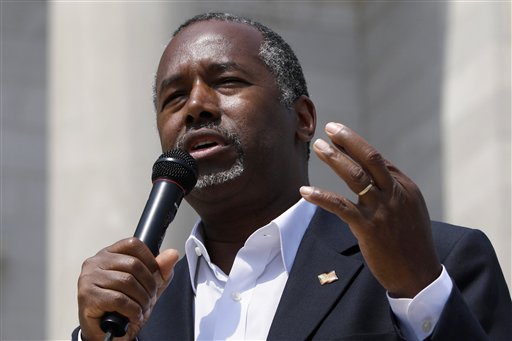 (Salon) – In a move sure to catapult him to the top of Bill O’Reilly’s most favored list, Republican presidential candidate Ben Carson blasted Black Lives Matter for “bullying people” and slammed the movement’s motto as “sickening.”

When the conservative former neurosurgeon traveled to Ferguson, Missouri this past Friday, September 11, CBS’s Major Garret rode along with the rising Republican on Carson’s first visit to the city. Seated besides embattled Ferguson Mayor James Knowles, Carson took the opportunity to lash out at the Black Lives Matter that was borne out of the August 2014 shooting death of black teenager Michael Brown by white police officer Darren Wilson.

“The Black Lives Matter movement, where it’s foisting yourself on people – rather than engaging in dialogue – and bullying people,” Carson described, adding, “I never liked the idea of bullying on behalf of anybody.”

When asked directly by Garret if he believed there was “an undercurrent of bullying to Black Lives Matter,” Carson replied, “Sure. Absolutely.”

Carson Catches Up to Trump in CBS/NYT National Poll